Only Legacy's penthouses lack windows, while One Museum Park West keeps on rising 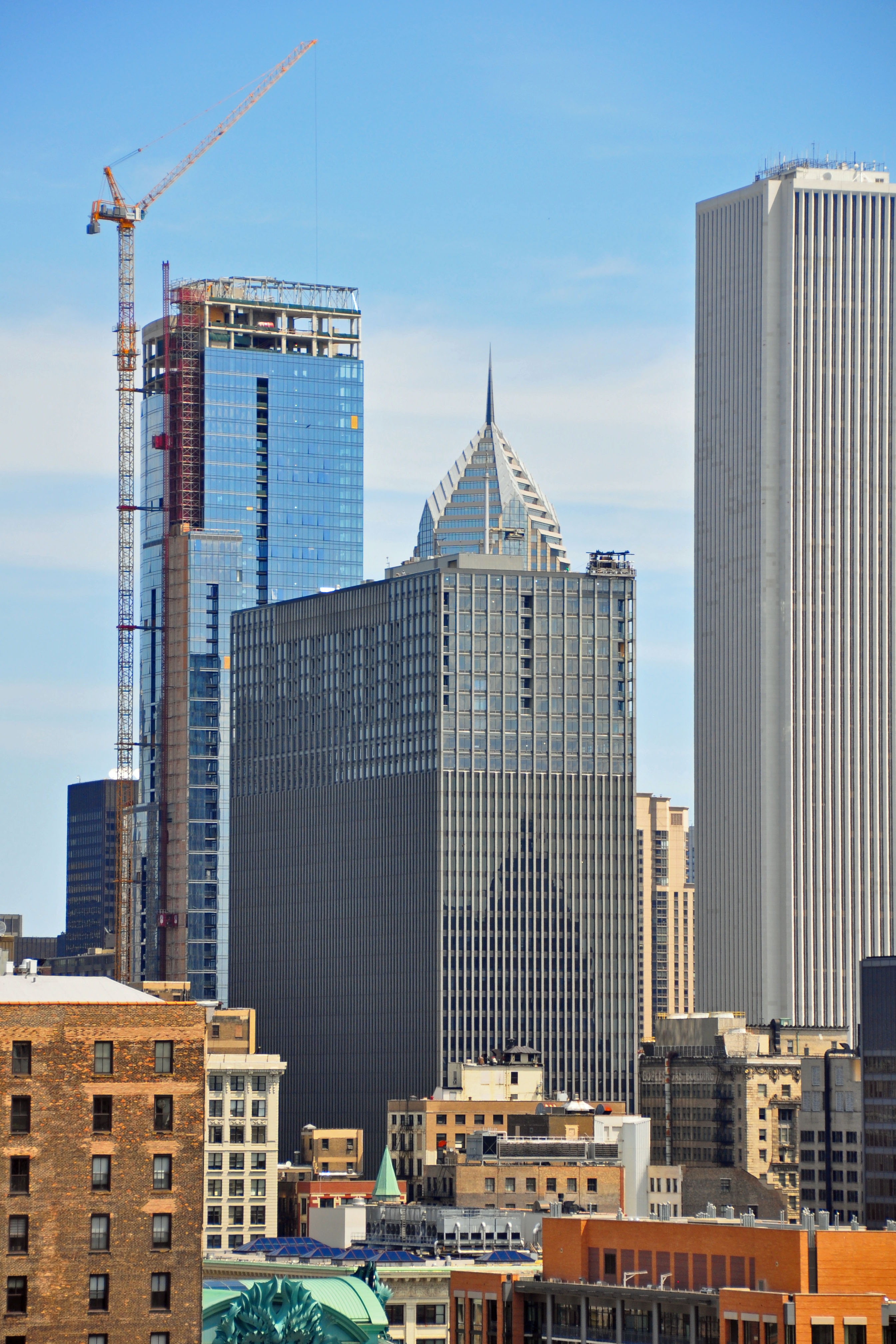 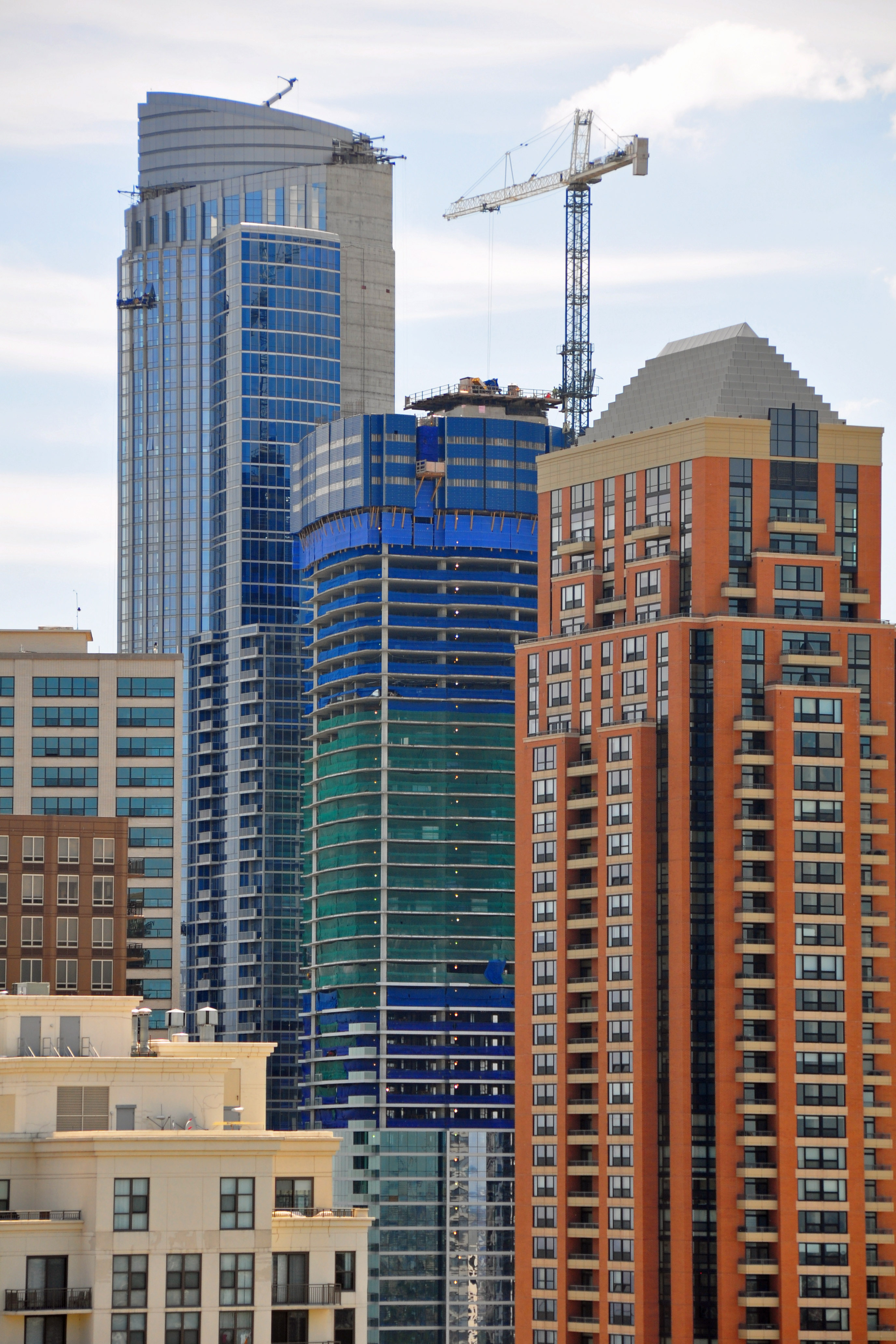 Printers Row is a good location from which to view the progress of two of the only high-rises still under construction around downtown’s lakeside parks. From the rooftop deck of the Amli 900 apartment high-rise, we had a clear view of both The Legacy at Millennium Park (left) and One Museum Park West (right), both of which look a little different every time we see them.

The Legacy, located at 60 E Monroe St in the Loop, doesn’t have a lot of change left in it. We should have a good view of the finished product (from the outside, at least) within the next few weeks, as crews wrap the last two stories in sliver-blue glass. After that, it’s only a matter of time before homes start to close in the 72-story tower — deliveries are set to begin in late summer or early fall.

As I noted just a couple of weeks ago, One Museum Park West, 1201 S Prairie Ave, should be nearing its peak any day now. From Amli 900, it appears that the tower has nearly reached the height of The Columbian, its 46-story, orange-bricked neighbor to the west.