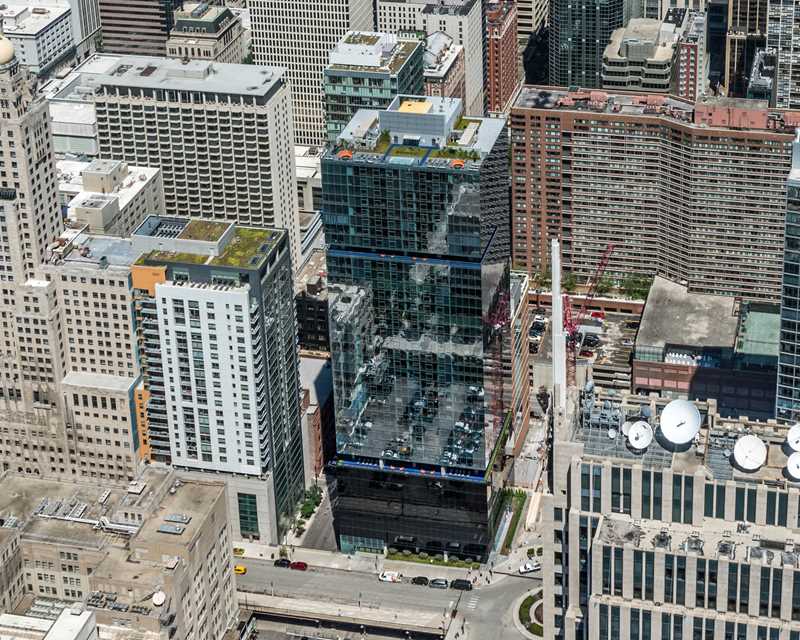 DeBartolo Development and Optima Inc are the developers of Aston and David Hovey is the architect.

The building is a Streeterville standout. Its parking levels are clad in a striking black glass that contrasts sharply with the silver blue glass of the upper floors. The recessed spaces at the 10th and 32nd levels have led some wags to tag the building with a nickname: “the fridge.” 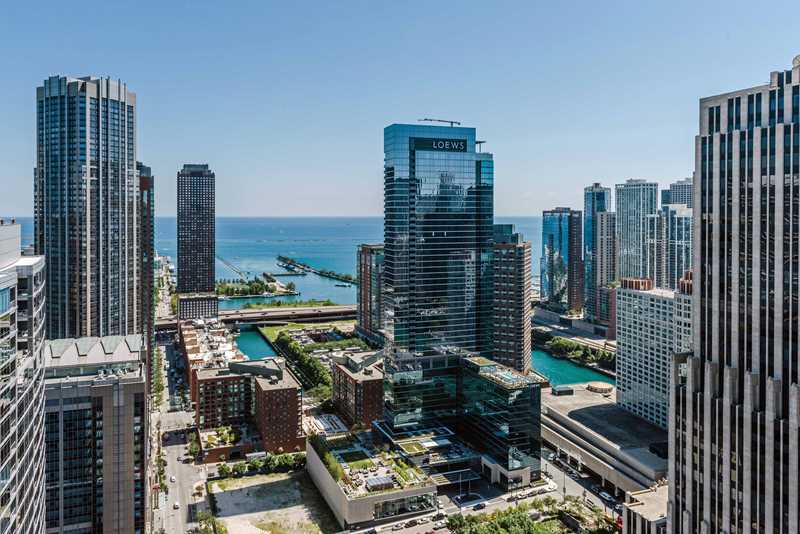 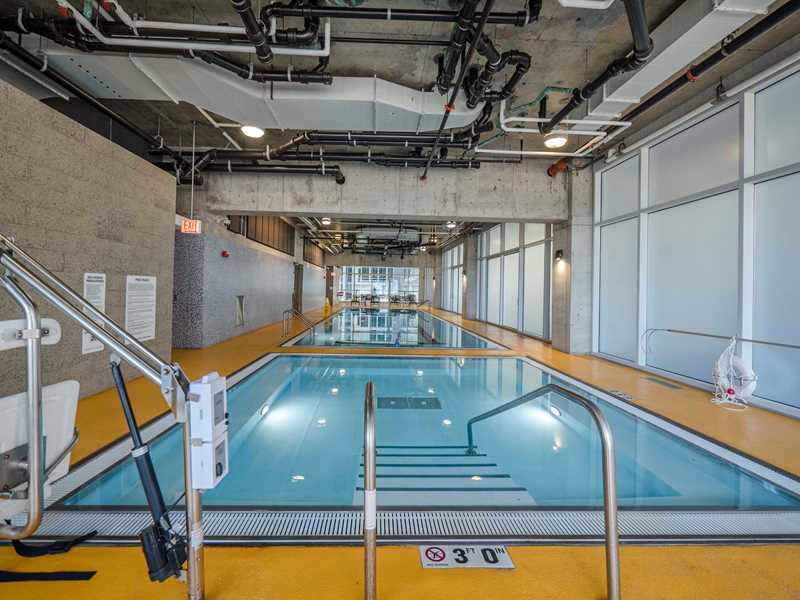 The 10th floor “fitness and aquatic center” has 14-foot glass walls that wrap the entire perimeter. Sliding windows open the 15-meter pool and hot tub to the outdoors, weather permitting. 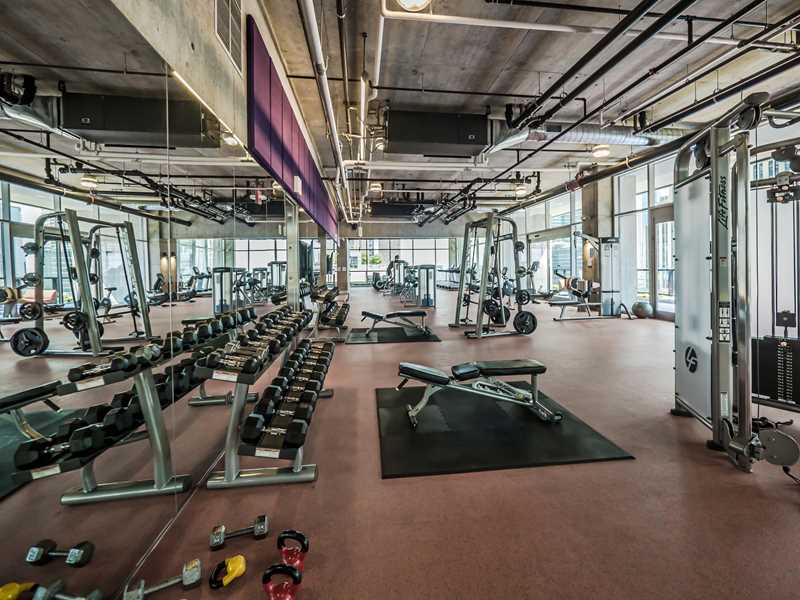 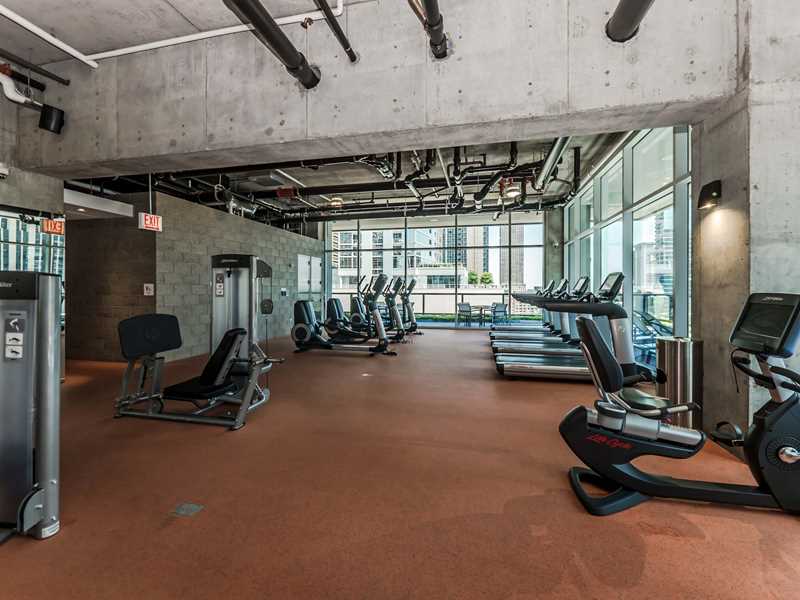 The fitness center spans the south half of the floor and has both cardio and strength-training equipment. There are spa and steam rooms and locker rooms adjacent to the fitness center. 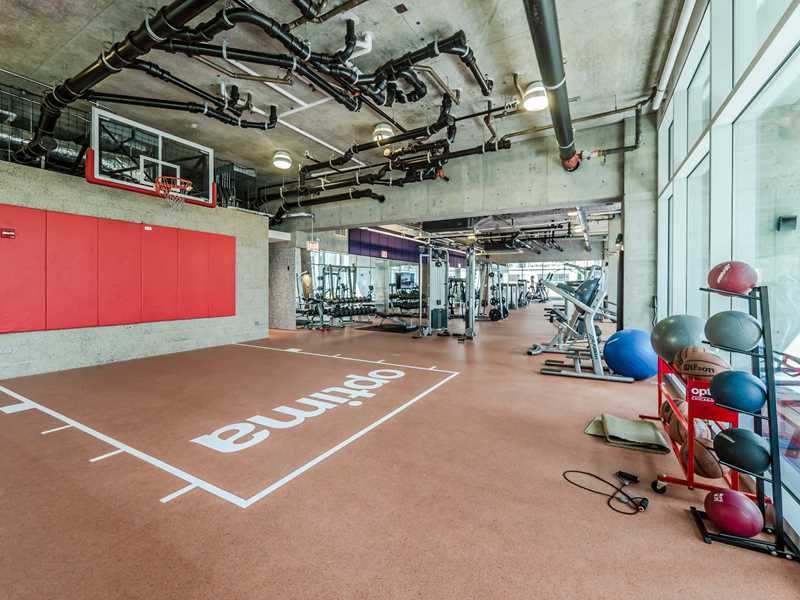 There’s a basketball court that can double as a yoga studio. 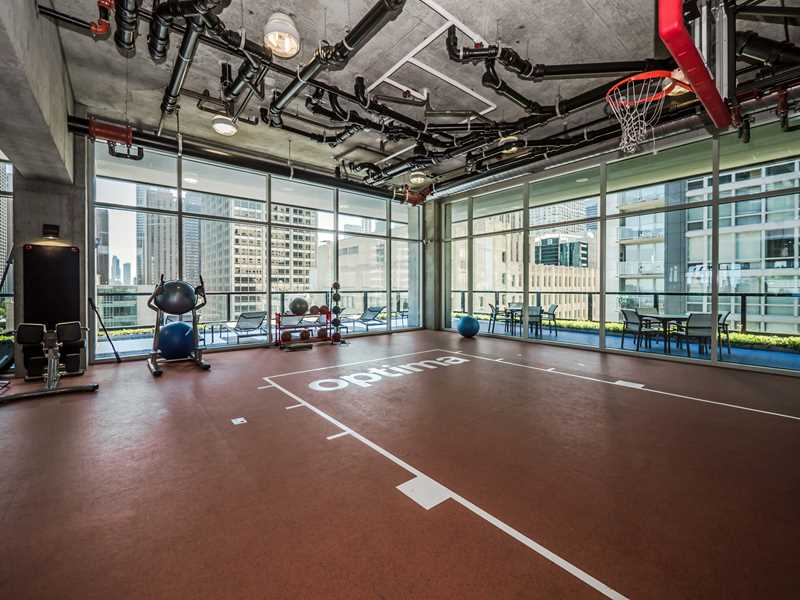 A wraparound outdoor terrace has seating and grilling areas. 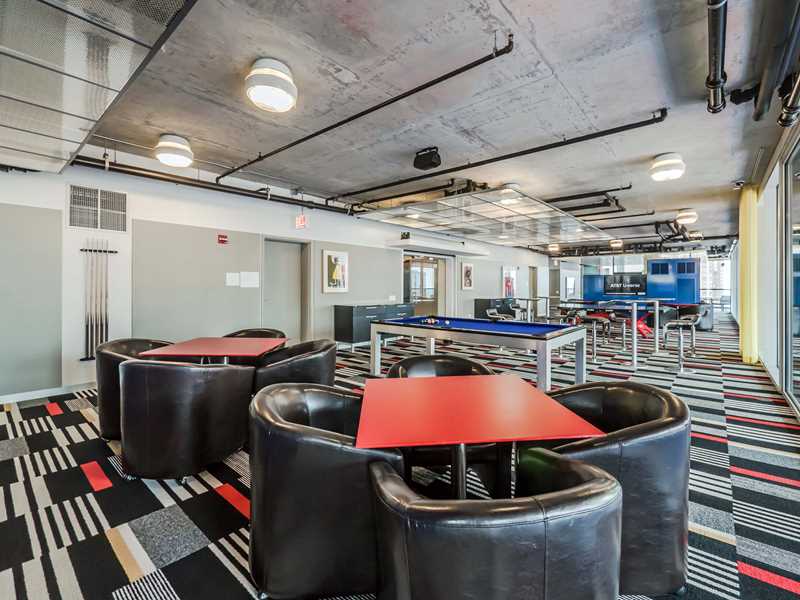 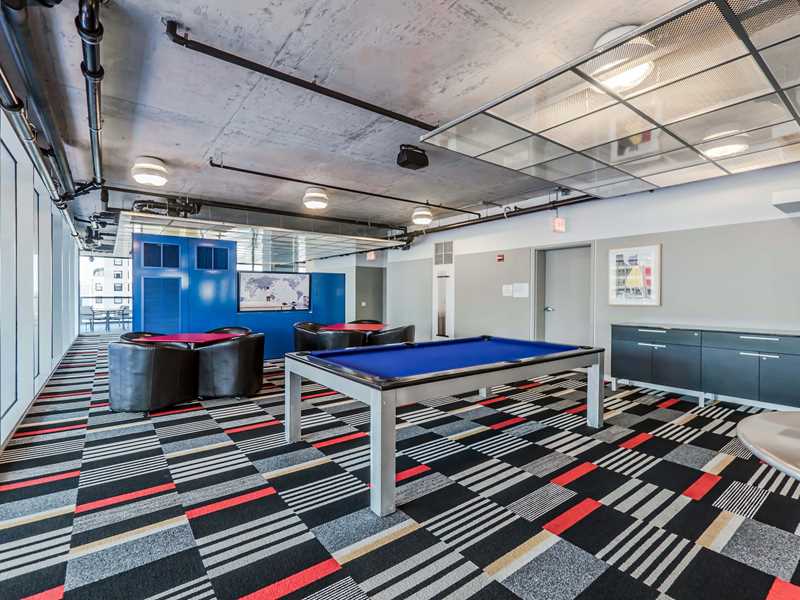 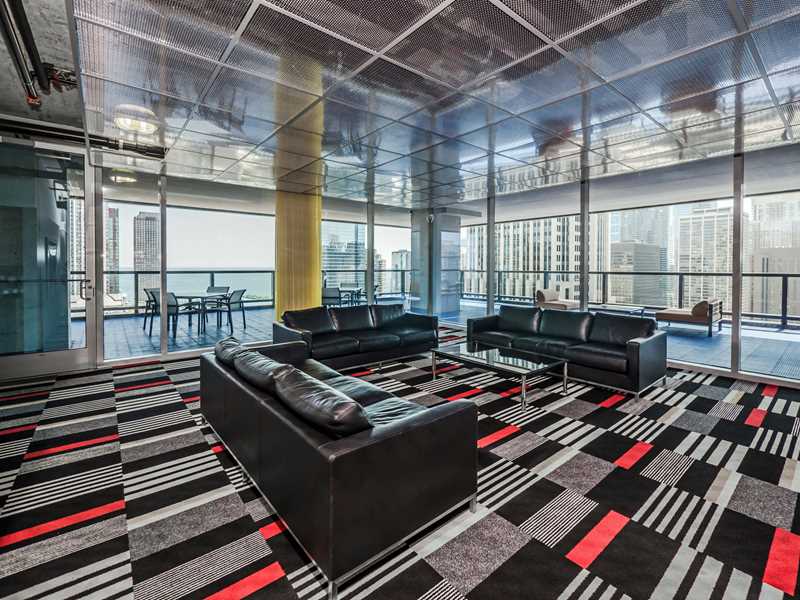 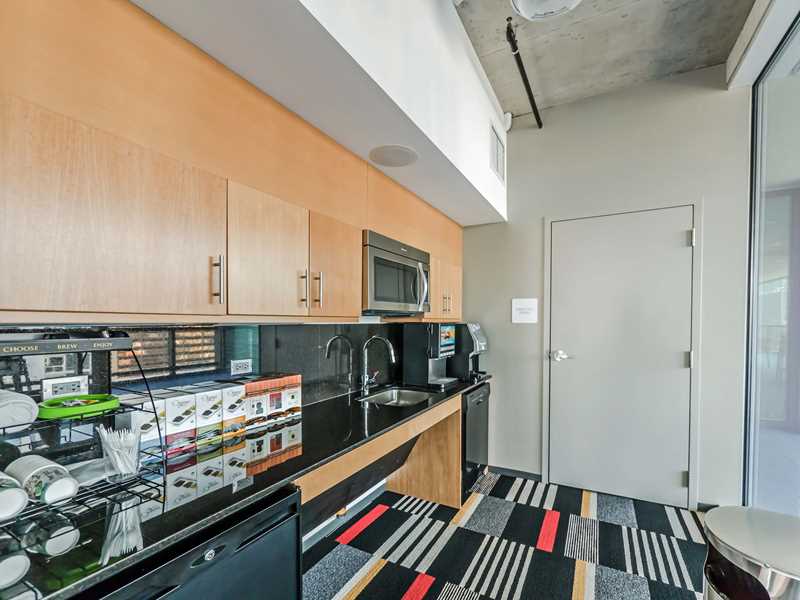 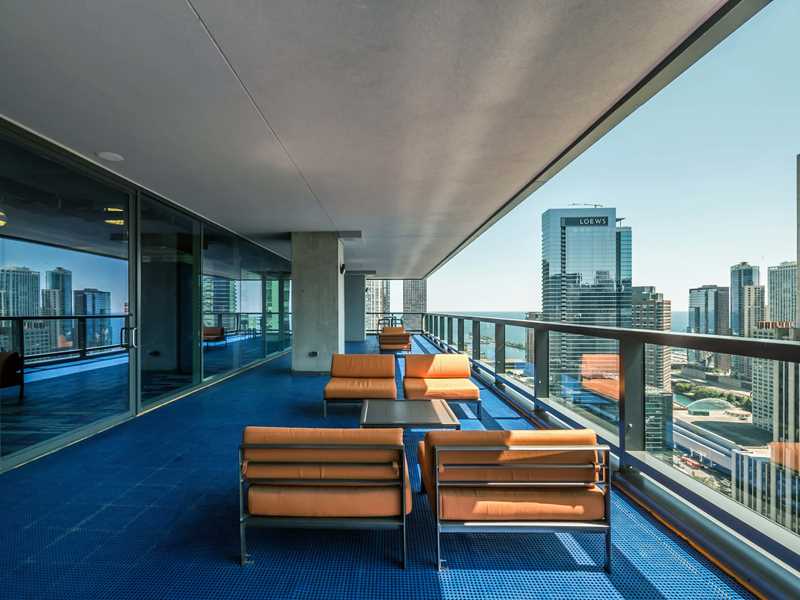 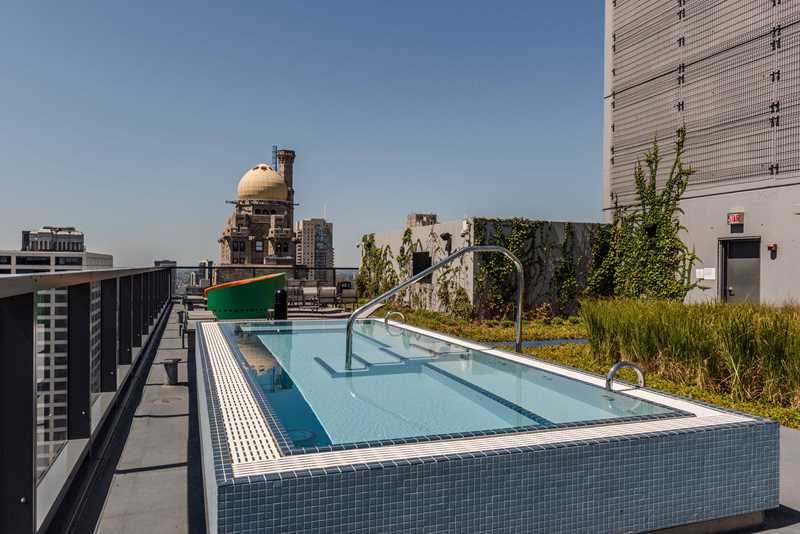 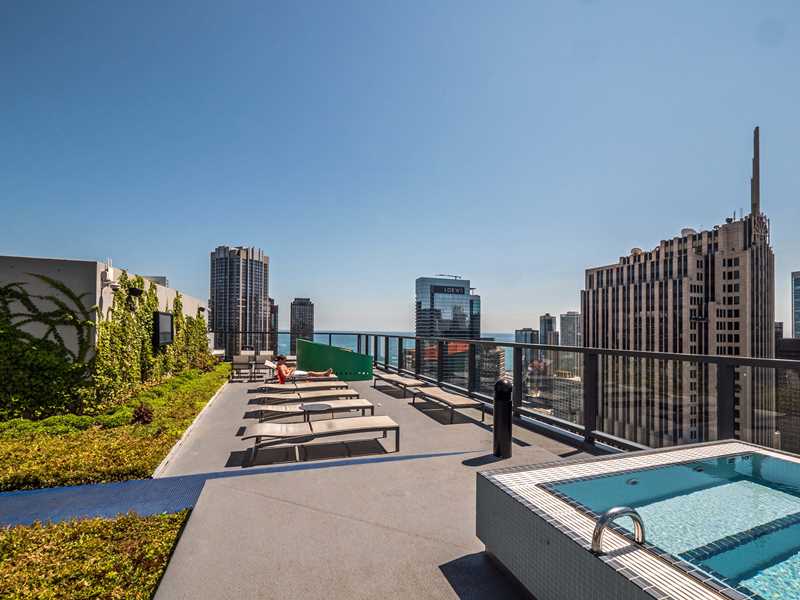 The building is topped by a green roof and sundeck with a large hot tub. 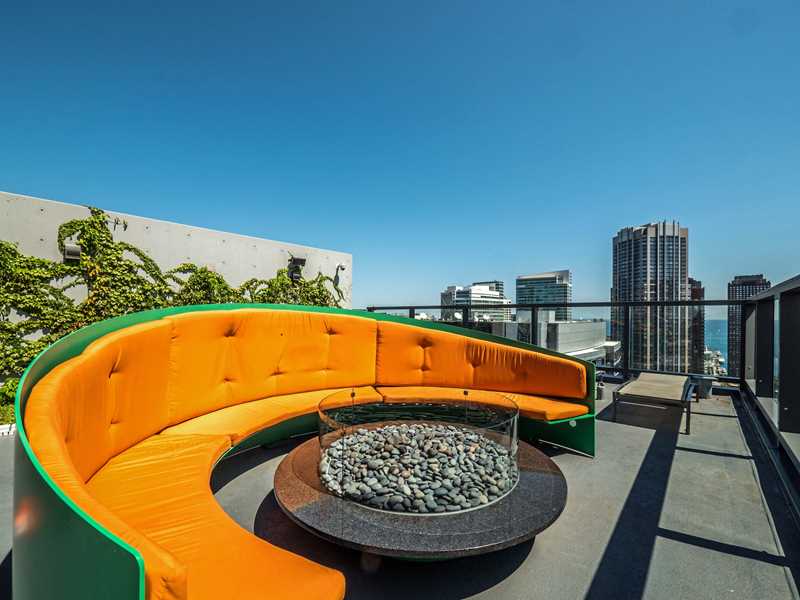 There are two fire pits wrapped by semi-circular seating areas and a grilling area. 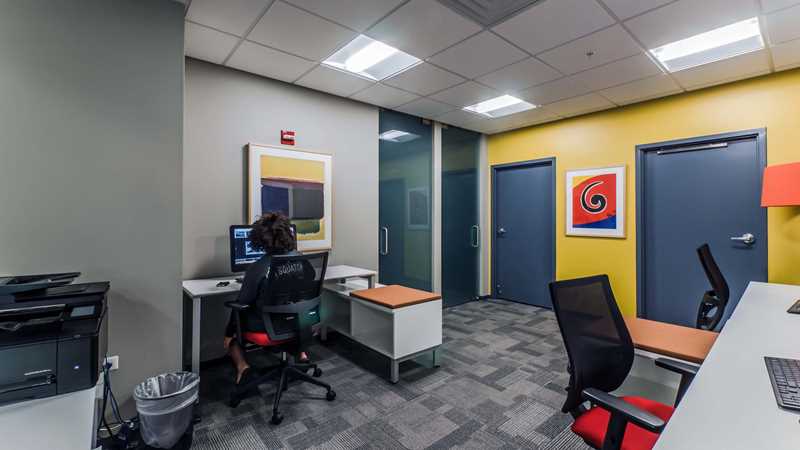 There’s a business center with computer workstations and a printer one level below the lobby.

The 238-car on-site parking garage has bicycle storage space and other storage facilities. 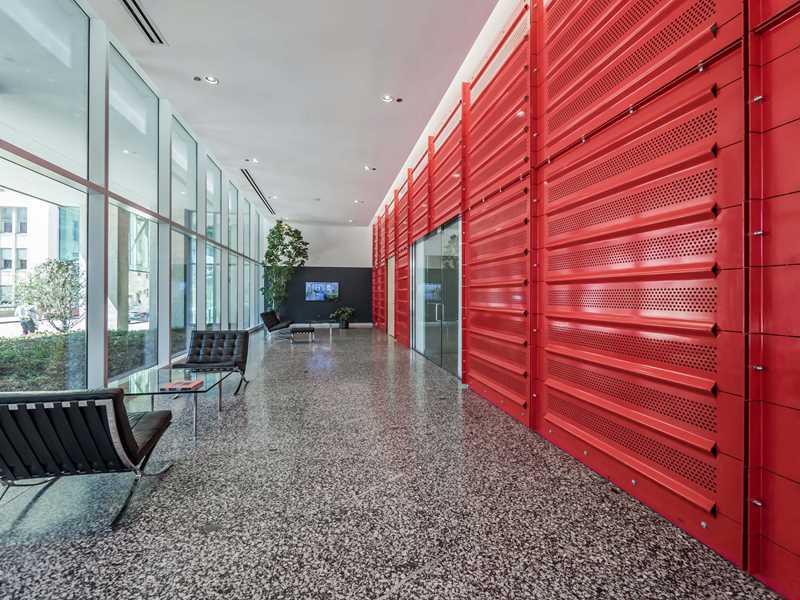 The building has pet-friendly floors. There is on-site management and leasing staff and 24/7 door staff. 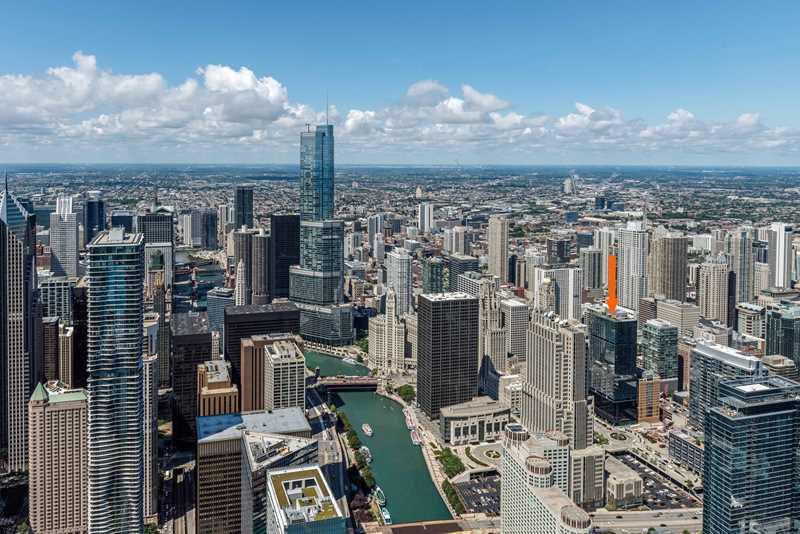 Illinois is a multi-level street at Aston. The building’s lobby is at the upper level and garage access is on the lower level. The upper level of Illinois St provides pedestrian access to Michigan Avenue while the lower level accommodates through traffic headed for Navy Pier and the lakefront.

Shopping. Treasure Island, which bills itself as “America’s most European supermarket,” is a few blocks northeast. 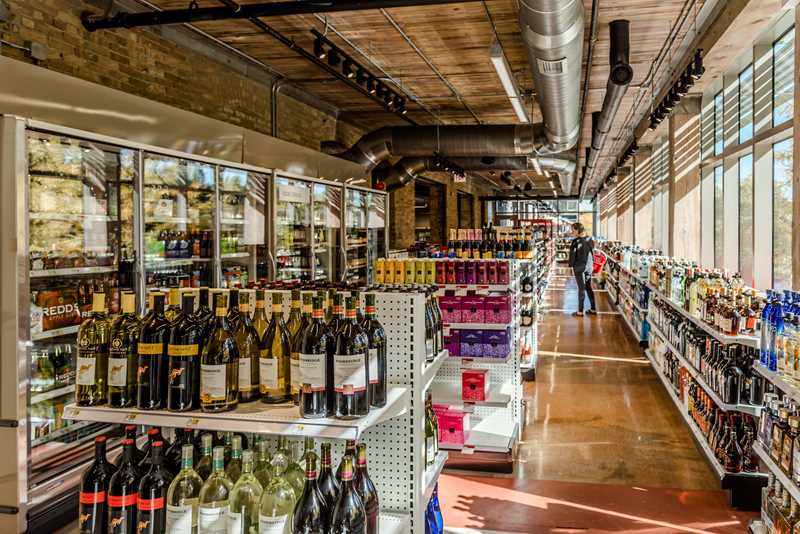 A Walgreen’s Pharmacy is a short walk east of Aston. 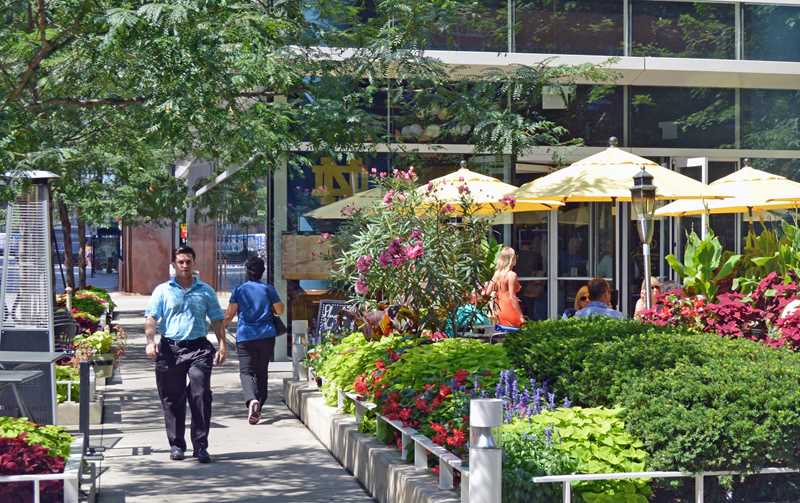 Dining, nightlife, entertainment.
The building’s near-Michigan Ave location is close to the River North neighborhood, and there are literally 100s of dining and nightlife options within blocks of Aston.

If you’re a bowling or movie buff you can loft a few over the lanes at Lucky Strike then head downstairs to catch a movie at AMC River East, just east of Aston.

Transportation. Access to CTA and Metra train lines is inconvenient from Aston. CTA bus service, via multiple routes, is excellent along Michigan Ave and lower Illinois (one-way East-bound) and Grand Ave (one-way West-bound). Many Aston residents are likely to opt for cabs as their preferred mode of public transit, and cabs are always plentiful.

Aston has convenient access to and from Lake Shore Drive. Reaching I-90/94 and the rest of the city’s expressway grid can often be time-consuming. Expect near-gridlock conditions when there’s a major event in the neighborhood. 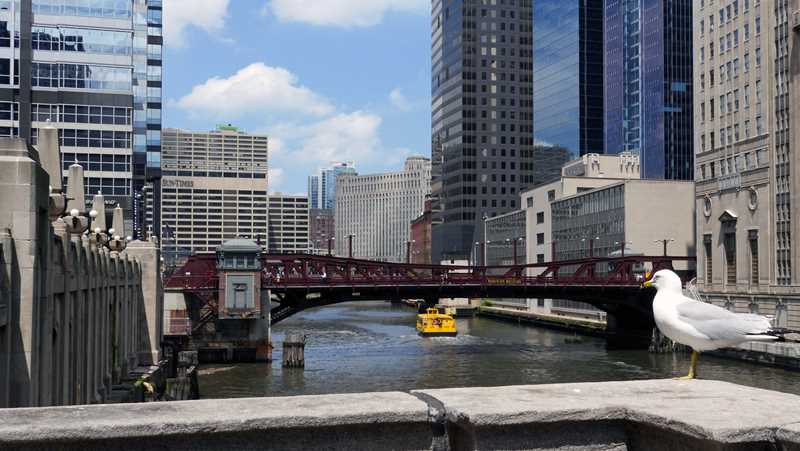 Tour a 1-bedroom at the exciting new Moment

Tour a luxury 2-bedroom at Atwater