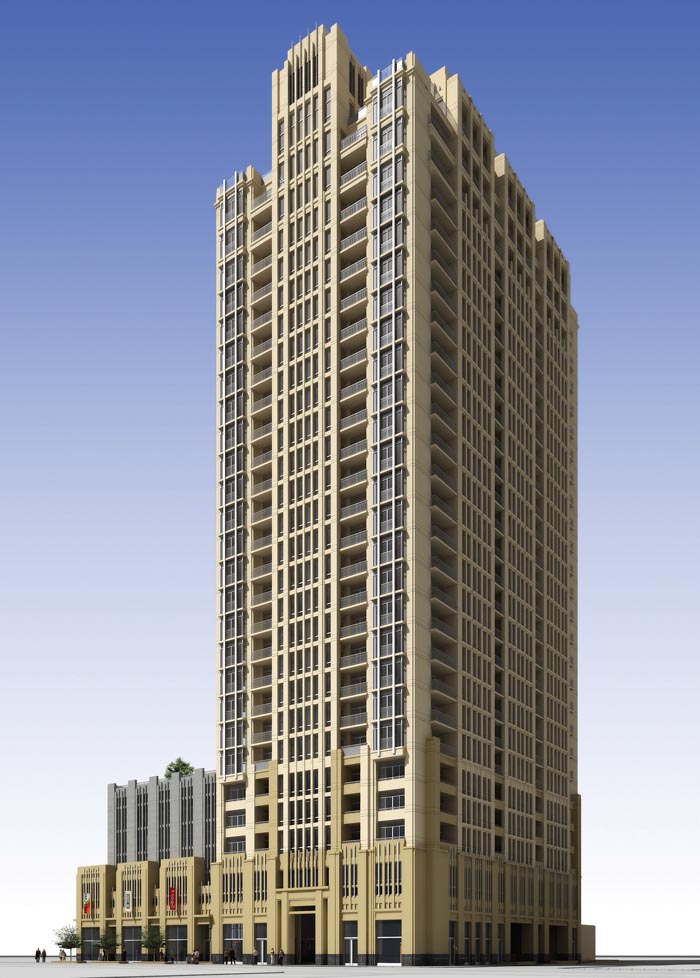 When you find a recipe for success in real estate, you use it more than once, so when buyers lapped up condos at Michigan Avenue Tower I, 1250 S. Michigan Ave., developer Russland Capital Group prepared the ingredients for a second helping in the South Loop.

“There is no question that this project is the direct result of the first tower,” Jacob Bletnitsky, a principal in Russland, says of the 28-story Michigan Avenue Tower II, planned for 1400 S. Michigan Ave. “We sold 80 percent of the units in that building in the first two months of marketing, and that caused us to look down the street for another location.”

At press time, Michigan Avenue Tower II, which is being marketed by Frankel & Giles Real Estate, was 70 percent sold, and Bletnitsky attributes much of the project’s success to its location in the booming South Loop. “This building will be just as popular as the first one,” Bletnitsky says. “The views are incredible and the location, of course, is very desirable.”

Continued neighborhood growth is helping too, he says, pointing to a Thai restaurant that recently opened on the 1200 block of South Michigan Avenue and a growing list of neighborhood amenities. The development will be walking distance from the Roosevelt and Wabash el stop and close to I-94.

And it doesn’t hurt that buyers only have to walk a couple of blocks to Michigan Avenue Tower I to get a sense of what the second tower will offer. “People know quality when they see it, and our standard construction is really very nice,” Bletnitsky says.

The glass and concrete structure is pretty much a sister to the first tower, says Lew Beyers, of architect Pappageorge / Haymes. Beyers says both buildings are “contemporary art deco,” meaning that the construction materials are modern, but the lines are classic.

“The glass and concrete is constructed to emphasize the classic, clean, vertical lines and joints that are the characteristics of the art deco era,” he says.

Although the buildings are “twins,” Bletnitsky says, they “aren’t exactly identical.” Both are light beige, but the faÃ§ade of Michigan Avenue Tower II will feature a four- or five-foot granite base that likely will be black, according to Bletnitsky.

The residential entrance to the building faces Michigan Avenue, and the ground floor will also house about 9,000 square feet of commercial space and a lobby with paneled walls, a polished granite floor and a “sculptural” reception desk, the details of which have not been finalized. There will be some commercial parking at ground level too, with residential parking occupying the second through sixth floors. Residences begin on the fourth level.

Building amenities include a 24-hour concierge, a secure entry, an exercise facility, an outdoor pool with a sundeck on the seventh level, a clubhouse with a kitchen, personal and bicycle storage, spacious terraces and an outdoor dog run.

Construction is slated to begin in September, and the building should be ready for occupancy by spring 2008, says Karen Howard, sales manager for Frankel & Giles, the exclusive sales and marketing agent for Michigan Avenue Tower II.