Sales update: Mesirow Financial slashes prices on all R+D659 condos by 23 to 39 percent 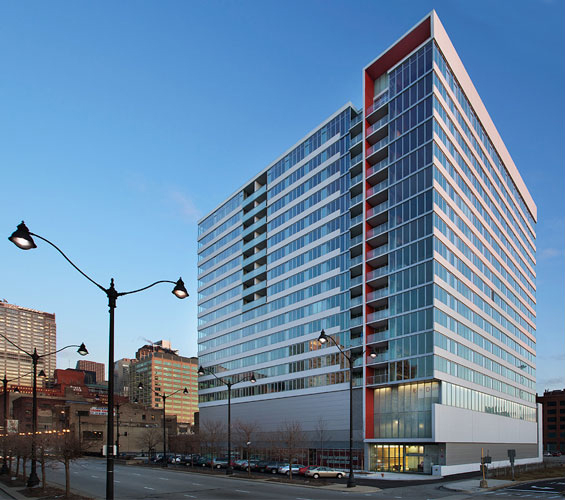 Under the gun to move units and reach sellout within a year, Mesirow Financial Real Estate and @properties last weekend rolled out lender-recommended, across-the-board price cuts on all remaining one- and two-bedroom condos at the recently completed R+D659 high-rise at 659 W Randolph St in the West Loop.

“This wasn’t something the developer would have preferred to do, but it was mandated, and the solace we get is that we’ll get out of the building quickly, hopefully within as little as six months,” says sales manager George Schultz. “We knew we didn’t want to go the auction route, so we looked at area competition, looked at recent resales, and decided that if we were going to do anything, this was the time to do it.”

According to a new price sheet Schultz e-mailed me this morning, new price points at R+D659 include:

The new prices “represent a bottom” for the building, Schultz says. “If a market is full of fear, and if people are scared, then we need to actually go below what people thought was the bottom. Obviously we’ve had offers and purchases above these prices, just not at velocity necessary to get out of the building,” he says.

A new promotion offering free parking spaces (normally valued at $35,000) has been popular but will most likely end after this weekend. The building has fewer parking spaces than units, and the spaces set aside for one-bedroom units are running out, Schultz says.

Since unveiling the price changes last Friday, buyers have drawn up contracts for 40 units, bringing sales to just under 60 percent, Schultz says.