Structural engineers put on a show on Wacker Drive 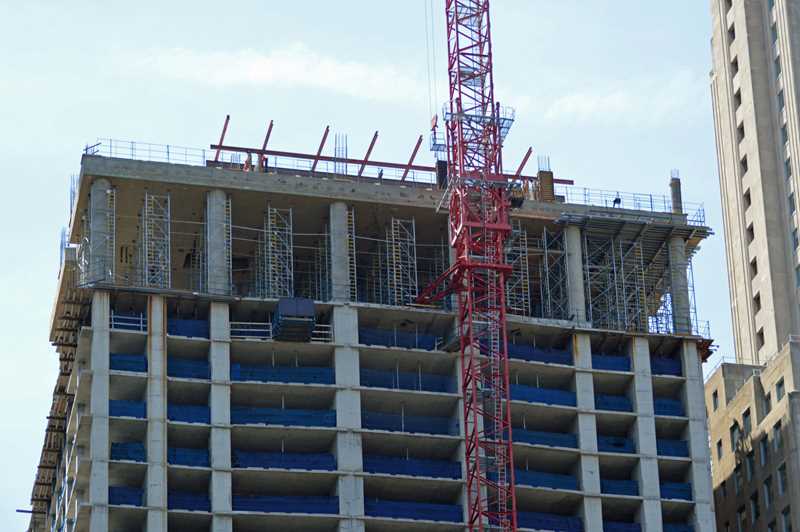 The apartment tower that’s under construction in the Loop at 111 W Wacker was originally slated to host a hotel and condominiums and to soar to more than 1,000 feet in height. Had Waterview Tower been completed as planned, it would have become Chicago’s seventh supertall.

Waterview Tower began construction in 2006 and stalled out in 2008, resulting in a 28-story zombie building mired in litigation. Related Midwest acquired the site in 2011 and began completing the project late last year as a 60-story, 504-unit apartment tower.

If you’ve been following the progress of construction you’ll have noted the unusual cantilevered base for the new tower crane on Wacker Drive. It was the first visible sign of the structural engineering tour de force that’s underway at the site.

The reconfigured building will have a smaller floor plate above the originally completed portion, and different column placements. That required construction of the recently-completed, 5-foot thick transfer slab pictured above. Compare it with the typical 8-inch thick slabs on the lower floors of the building.

You can see more pictures of the transfer floor, and some discussion of the engineering involved, on this page and this one at SkyscraperPage.

We’ve outlined all of the new apartment projects proposed or underway in downtown Chicago on an at-a-glance list.