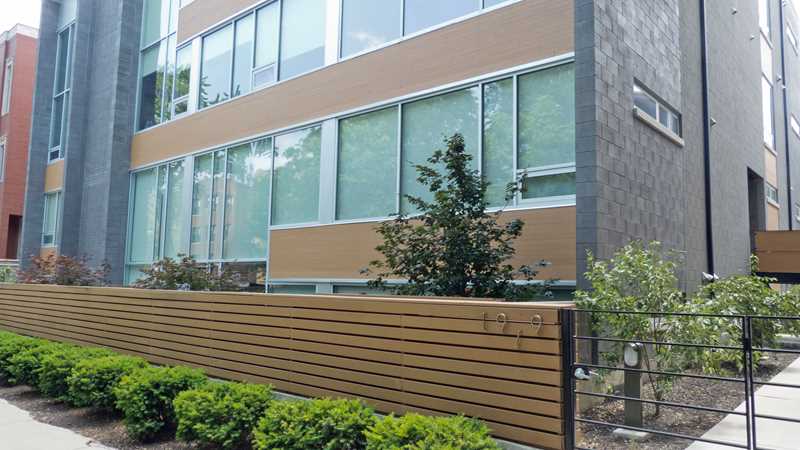 It was almost exactly five years ago when we first wrote about a 9-unit project designed by Studio Dwell at 1919 W Crystal in Wicker Park, and we didn’t neglect it in the interim. We posted on it or mentioned it in 15 additional posts – not counting this one.

In March of 2008 we reported that four of the units had been sold, but delivery was pushed back to the summer. Prices on the remaining units were in the $700s and $800s.

In August of 2008 we noted that the project was moving toward a fall completion. In October, all five of the duplex-up units were under contract. The project received only a passing mention in a Wicker Park roundup post in November.

The fall completion date remained unmet in December, when we noted the installation of windows and prices adjusted to the $640s to $770s. In February of 2009 construction was moving forward and sales were moving backward – only one unit had been sold, according to a new sales agent.

Two months later, none of the units were sold and prices were reduced to the $590s to $730s. The project next merited a mention in a post about another Studio Dwell development with a price drop. Prices at 1919 dropped again in July, to the $560s to $660s.

In August of 2009 we found a video (above) that offered a tour of 1919 Crystal. We mentioned the project briefly again in September.

After a 16-month hiatus, we quoted Eric Rojas’ take on three bank-owned units at 1919: “a good deal” when the prices dipped into the high $400s. A few weeks later we noted that the three units were under contract.

Our most recent mention of 1919 W Crystal was in April of last year, in connection with another Studio Dwell project in the 700 block of North Ada.

Here’s the final recap on sales …

I visited the site on Saturday morning and shot the above photo of the site, and the one below of a sign across the street warning of the presence of trained attack dogs and advising “survivors” that they would be prosecuted.

I also stopped briefly around the corner for a look at one of Wicker Park’s best blocks, the 1900 block of Division and its nearly block-long series of outdoor cafés. 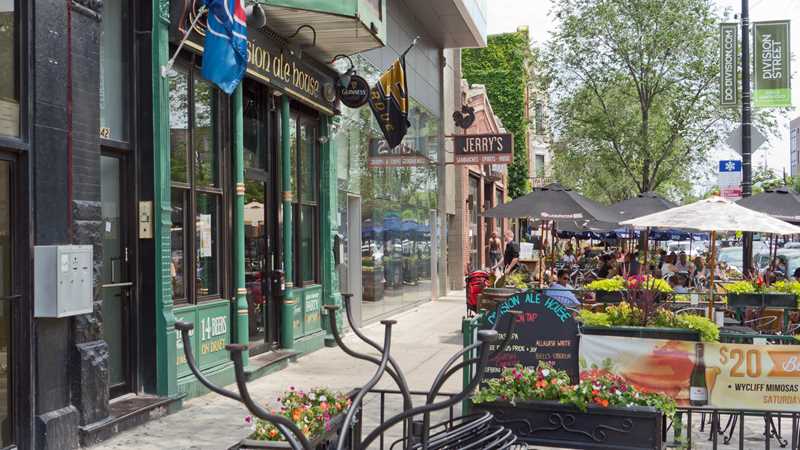 After all this effort, I remain clueless about why this project garnered so much attention here. Can anyone enlighten me?