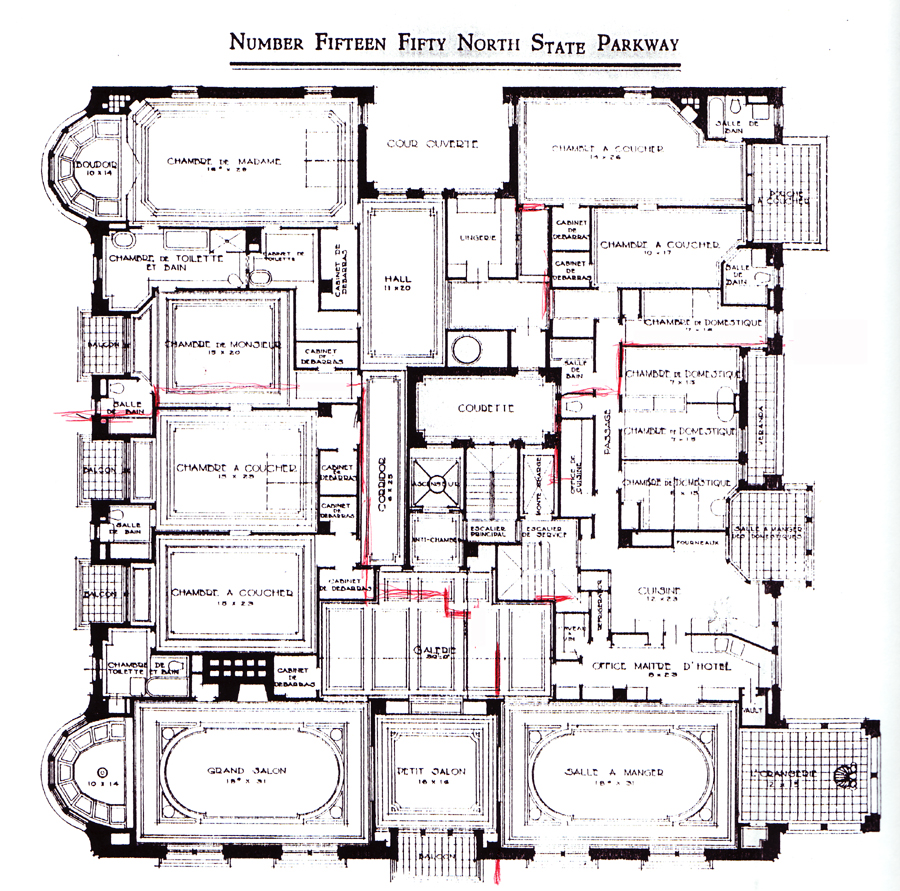 A post at Gary Lucido’s Getting Real blog includes an extensive list of condo developments that are on an unnamed lender’s “do-not-lend” list. Gary outlines some of the reasons why a project might be on the list, so we won’t repeat them.

Most of the projects on the list are widely known to have experienced difficulties, but several upscale condos were surprising, to me at least. Also baffling is the absence from the list of a number of high-profile troubled conversions.

At the top of my “wouldn’t have guessed that one” list is 1550 North State Parkway. The 12-story building, designed by Benjamin Marshall, housed some of Chicago’s most prominent families in full-floor apartments when it opened in 1911. It was converted to 33 condos in 1977, and still houses a number of wealthy and well-known Chicagoans.

The image above, from YoChicago’s extensive files, illustrates the original floor plans at 1550 State. Click the image to view a larger version.

See the full list at Lucido’s blog and let us know if you see any surprises, including omissions. And don’t miss our extensive video walk through University Village with Gary earlier this year.