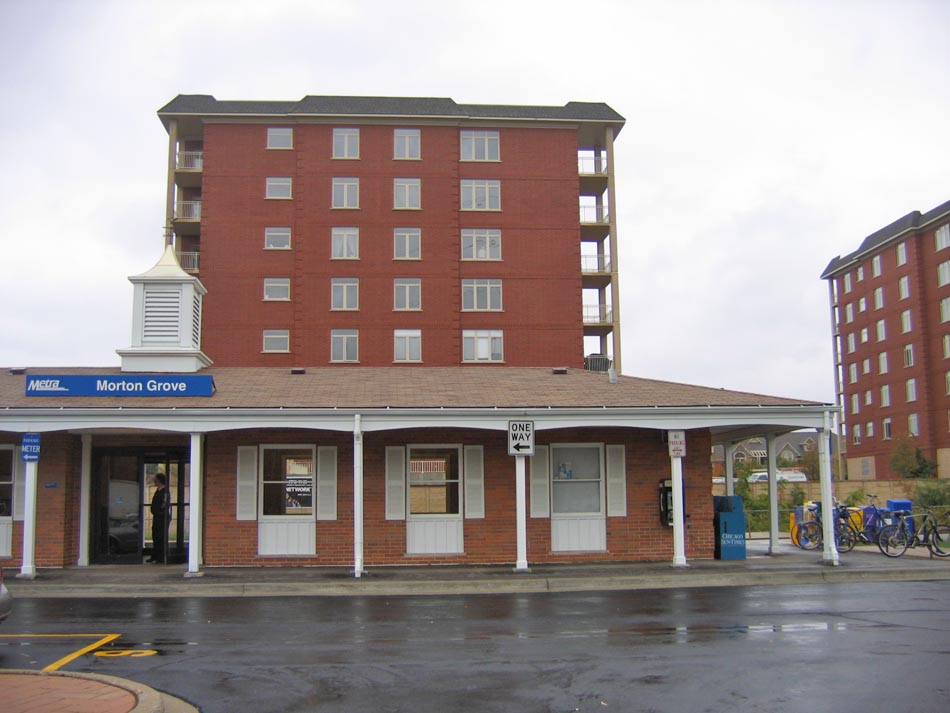 story and photos by Michael Austin

Say what you want about Evanston’s quasi-urban bustle and Kildeer’s bucolic serenity. Residents of Morton Grove, at least a significant number of the 22,451 people who live there, think it offers the best of both worlds.

“Morton Grove just celebrated its centennial in 1995, so it’s an old community, but it’s a very quiet urban-suburban kind of town,” says Nick Marino, of Century 21 Marino Real Estate, which has had its headquarters in Morton Grove since 1972. “We’re close enough to the city, to the trains, to all of the shopping so that it is convenient. But we’re also far enough from all of that stuff that we’re in a nice, quiet suburban area.”

Glance at a map to find this near northwest suburb, nestled between Skokie, Niles and Glenview, and the first thing you’re likely to notice is the swath of green running straight through the middle of town. Study that band of green, which represents a heavily wooded Cook County forest preserve, and you could reasonably guess that as much as a quarter of Morton Grove is composed of parkland.

“We have lots of riding stables, hiking trails – all of the kinds of things you would want in a suburban, quiet, rural area,” Marino says. “But we’re within minutes of all the urban convenience things.”

“I’m a block and a half from the expressway, halfway between downtown and the North Shore,” he says. That is all that needs to be said. Business at the spa has been decent for the first six months, and once word spreads, Levinson hopes to have a steady stream of customers dropping by from all directions.

Levinson’s spa, Renovo for Men, sits inconspicuously on the south side of Dempster Street just west of the Edens Expressway. Inside is a lush labyrinth of rooms decked out in rich woods, and black-and-white photos, for an old English-style atmosphere. There is a room for old-school barbershop haircuts and shaves; another for smoking cigars, fiddling on laptops, watching flat-screen TV and downing a few cocktails from the bar; and another for non-smokers who like to drink, watch TV and work on their laptops. 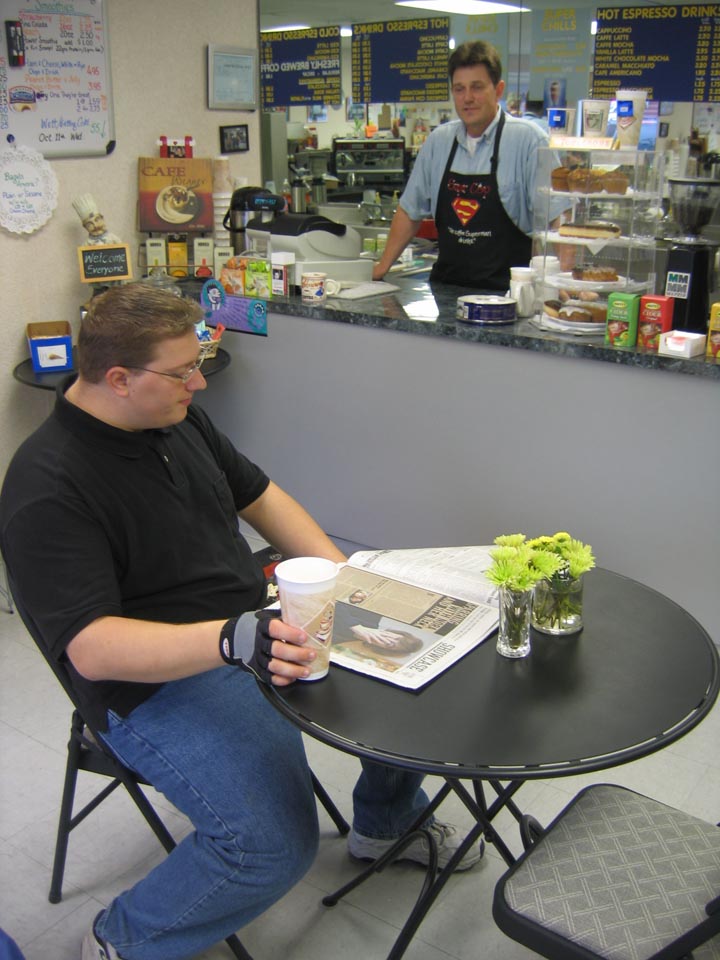 Treatments at Renovo are exclusively for men and run the gamut, from facials, manicures and massages to Botox treatments, teeth whitening and laser hair removal. There’s even a delicate waxing procedure for men that is apparently the macho equivalent of a woman’s Brazilian wax – the “jock strip.”

“We want to have everything available to men here,” Levinson says.

Done. And a recent visit verified that the services are up to downtown standards.

So the metrosexual movement has reached the suburbs, specifically Morton Grove – a destination that seems unlikely until you consider its location. Naturally the village would like to see more upscale businesses, such as Renovo, hanging shingles along Dempster. The street has taken on a tired patina in recent years, spurring village leaders to offer tax breaks to business owners willing to clean up their facades. Elsewhere, the village is rather tidy, with tree-lined streets and well kept lawns.

The Morton Grove housing stock is similar to that in many other Chicago-area suburbs that have roots in the 19th century but really grew up in the latter half of the 20th. In just about any section of Morton Grove you can find typical, solid 1950s and 1960s ranch houses and split-levels. Not surprisingly, the number of teardowns has grown in recent years too.

Prices, according to Marino, range from the low $300s for some of those older brick homes to more than $1 million for new construction. 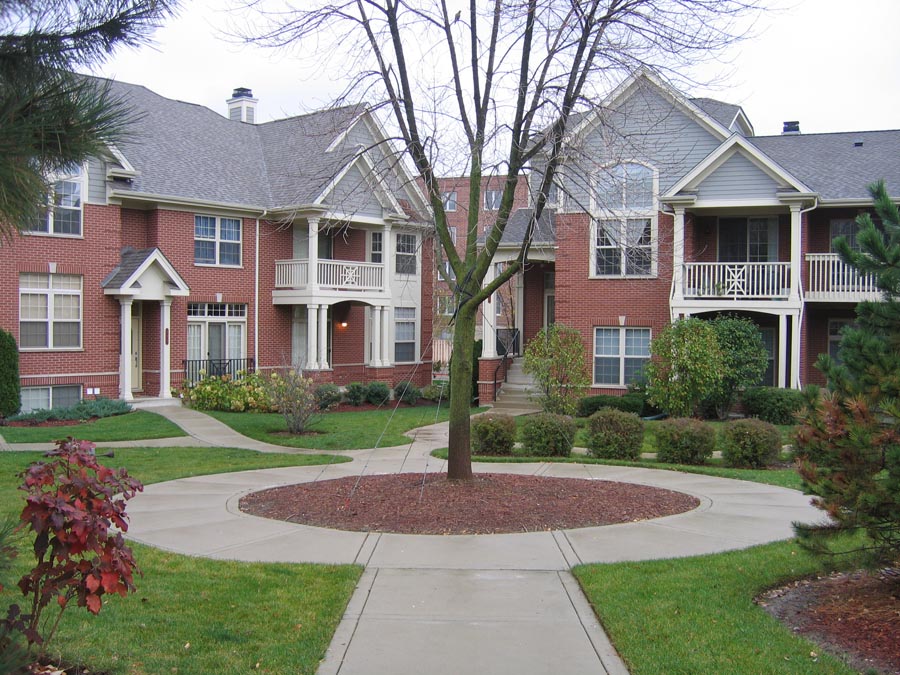 Morton Grove is dominated by single-family homes, but these days, all the buzz is about the condominium and townhouse developments surrounding the Metra station at 8501 Lehigh Road.

The Lennar and Elliott projects are nearly complete. Toll Brothers is in its first phase at the newest project planned around the Metra station, The Crossings at Morton Grove, 6337 Hennings Court. When completed, The Crossings will include nine buildings. At press time, deliveries in the first building, a 12-unit structure, were expected in November. Prices start in the $380s for the two-bedroom 2.5-bath Oakton model, which has 1,450 square feet, and in the $450s for the two-bedroom 2.5-bath Sedgwick, which has 2,050 square feet.

If all goes as planned, the entire development should be completed by the summer of 2008 if not earlier, according to Brian Wulfestieg, The Crossings’ project manager. Although not officially included in the tax-increment financing district the city created to revitalize the area around the Metra station, The Crossings is a major player in that effort. 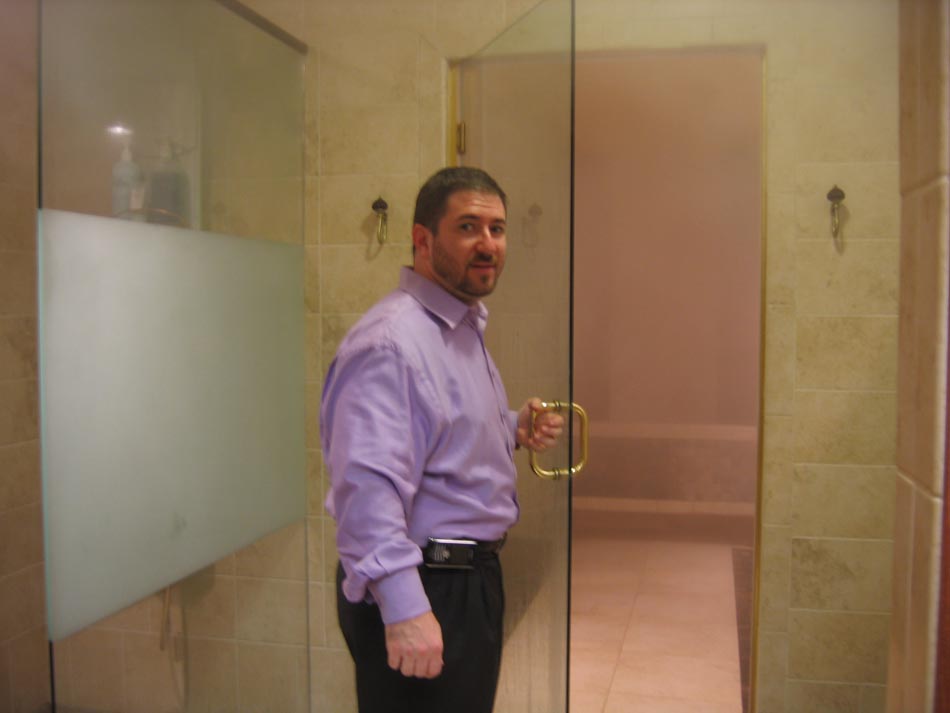 The emphasis on downtown and transit-centered development – an approach that has enjoyed success in other northern suburbs – is new to Morton Grove. For as long as most residents can remember, Dempster Street has been the heart and soul of Morton Grove’s commercial interests. To this day it is a strip lined with mom-and-pop stores, gas stations and other service-oriented retailers, along with the delightfully old-school Kappy’s Restaurant & Pancake House – home of the six-egg omelet – where you shouldn’t be surprised if a waitress refers to you as “honey.”

Newer businesses such as Renovo, 5641 W. Dempster St., recently have moved to the eastern end of the strip, and farther west, new stores, such as Old Navy and Eddie Bauer Outlet, have established roots next to the longstanding Lehman’s and Kappy’s, around Dempster and Harlem.

Dempster development is welcomed, but the village’s main planning objective is to move “downtown” back to where it was decades ago – a few blocks from where the Metra station stands now – at the intersection of Lincoln and Fernald avenues. This corner is home to one of the oldest businesses in Morton Grove, the legendary Bringer Inn tavern. Next door is another old-timer, Pequod Pizzeria, and across the street from them is one of the newest businesses in town, Super Cup, 8509 Fernald Ave., a coffee and pastry shop opened by Bill and Lauren Wegner in May.

“When I was a young man,” says Bill Wegner, who is in his 50s, “there used to be all kinds of business along Lincoln.”

Today, that stretch is lined with new homes in two of the three developments close to Metra: The Woodlands and Trafalgar Square. Another development, The Crossings is a couple of blocks north. Ideas for leveraging TIF funds have included calls for a new public library, new seniors’ housing, a mixed-use parking structure and improved streetscaping.

“Arlington Heights and towns like that have a very distinct downtown, and Morton Grove hasn’t ever really had that,” Wulfestieg says. “They are trying to turn the community a little bit away from Dempster and back into the neighborhoods.”

That is fine with Wegner, who bought his business based on the new developments and their potential to create a vital client base. 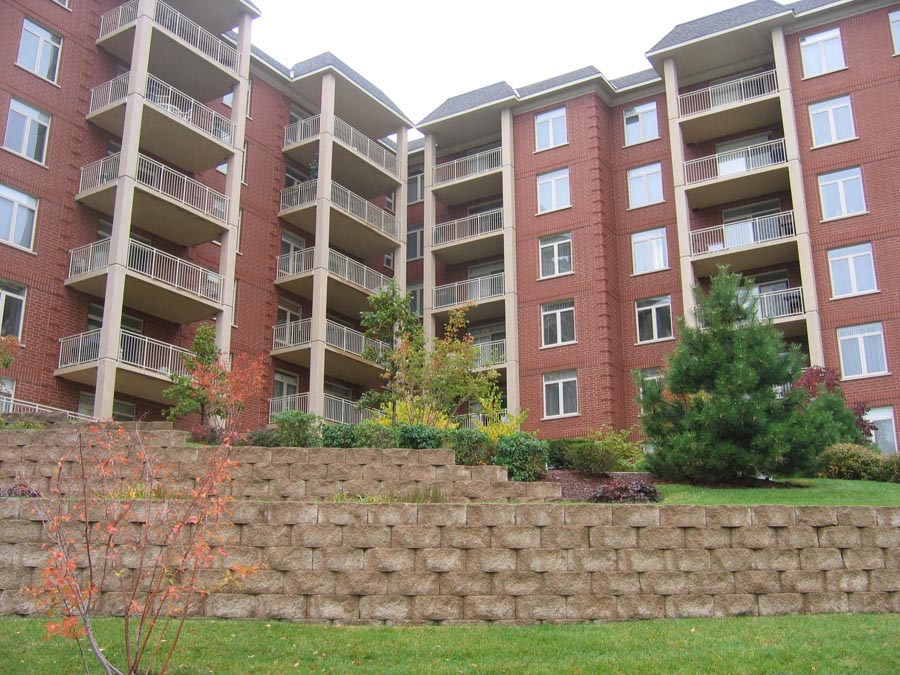 The old “downtown” is turning into a regular neighborhood. The four models at The Crossings – the Oakton, Henning, Webster and Sedgwick – have the classic look of red brick rowhomes and feature nine-foot ceiling heights and optional rooftop decks. Granite and stainless steel are both featured prominently in the kitchens, along with an abundance of hardwood.

“We’re trying to attract some people from downtown as best we can,” Wulfestieg says. “We’re getting a mix of people. One couple from the city bought here because one of them is tired of commuting out to Deerfield every day and one works downtown, so this is halfway for both of them.”

Wulfestieg says he has also worked with buyers who grew up in Morton Grove and are returning to live there with their spouses and children, drawn by the changes underway in their old hometown. Small-town memories, no doubt, play their part too.

How could you forget about a village that sends Santa Claus through the neighborhoods a few weeks before Christmas on a fire engine, tossing candy and coupons redeemable for toys at the Moose Lodge to awe-struck children? And how could you forget the five free concerts Morton Grove offers each summer in Harrer Park, on Dempster?

“For all of the services and amenities,” says Marino, the real estate broker and a longtime resident, “Morton Grove is probably one of the best kept secrets around.”

Here’s another secret. If you’re in Super Cup and it happens to start pouring outside, glance over near the door. There’s a bucket of yellow umbrellas there.

“If you need one,” says Wegner, “you take one and you bring it back the next time you’re here.”

“And people actually bring them back?” someone asks.