The Sheridan Park 6-flats, built to look like mansions 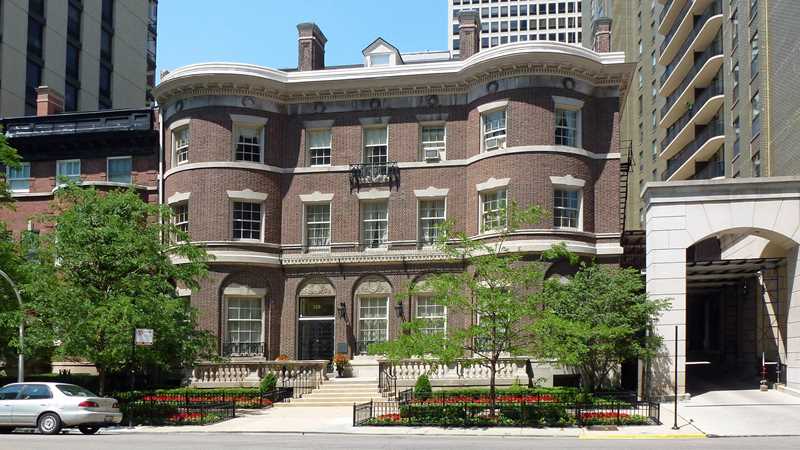 The 6-flat has long been one of Chicago’s most popular housing types – so popular, in fact, that you can find very few in lakefront neighborhoods that haven’t been converted to condominiums.

One of the densest concentrations of architecturally-interesting 6-flats can be found in the Sheridan Park neighborhood in Uptown. Sheridan Park is home to more than 100 6-flats, and dozens more were demolished when the land was cleared for Truman College.

Most of Sheridan Park’s 6-flats, now the characteristic form of housing in the neighborhood, were built between 1897 and 1916. Prior to that, most of the building stock consisted of large single-family homes and 2-flats.

It’s been said that “Chicago flats in the early days tried to look like mansions,” and many of them do. The National Register of Historic Places submission for Sheridan Park goes so far as to cite the Bryan Lathrop house (pictured above) at 120 E Bellevue in the Gold Coast, as a “likely prototype” for Sheridan Park’s 6-flats. The William Kerfoot house, 1425 N Astor St, is referred to as “an even more exact prototype.”

You can generally find a dozen or more 2- and 3-bedroom condos for sale in Sheridan Park 6-flats. They’re typically priced from the high $100s to the mid-$300s. Many of them were renovated in the late 1980s and early 1990s.