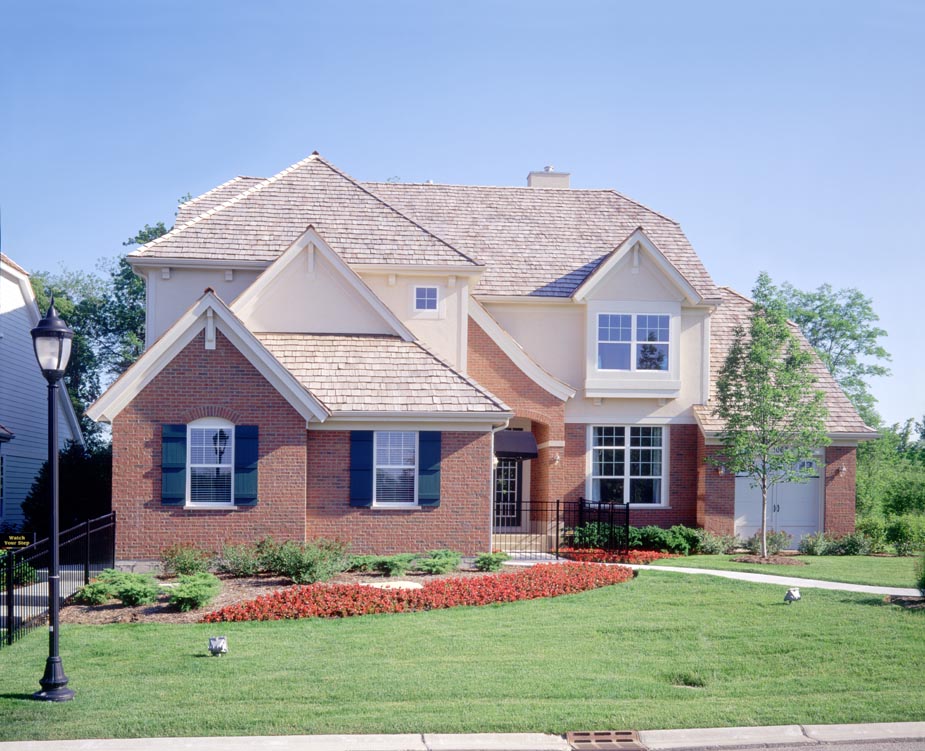 What do today’s new-home buyers want in floor plans, finishes, landscaping and architecture? Before KB Home began building houses in suburban Chicago, the company surveyed scores of recent buyers to answer this question.

The developer discovered a core group of young professionals who were priced out of downtown Chicago. They wanted to buy spacious single-family homes but didn’t want the hassle of maintaining yards, says Brian Eaggleston, KB Home’s marketing manager for Illinois.

With that in mind, the company developed Creekside at Inverness Ridge, a “single-family condominium community” located on a 20-acre site in the village of Inverness, 30 miles northwest of Chicago.

What exactly is a “single-family condominium community?” The homebuyer purchases a detached single-family home outright, according to Eaggleston, but the lot is a limited common element managed in accordance with the rules of the Illinois Condominium Property Act. Homeowners pay a condo association to take care of maintenance, such as lawn mowing and snow removal.

“It’s for the buyer who wants the luxury of a home without the maintenance and upkeep,” Eaggleston says.

The 78 homes at Creekside at Inverness Ridge draw heavily on Chicago architectural traditions, featuring gables, stone and brick. Some of the models have covered porches.
Two of the six models, the Marquis and the Kingston, are single-story homes, with two bedrooms, two baths and two-car attached garages. At press time, the 2,610-square-foot Marquis was priced at $524,900, and the 2,828-square-foot Kingston was priced at $534,900.

The Coventry, Banfield, Cavanaugh and Dunberry models have three bedrooms and range from the $540s to the $580s. They have 2.5 or three baths, two- or three-car attached garages and 3,102 to 3,716 square feet of space.

At press time, the developer had sold five homes and built two more (a Marquis and a Kingston), which are available for occupancy within 45 days of purchase, Eaggleston says. KB Home usually finds buyers for its homes before it builds them.

What other features do local buyers want in new homes? The “sophisticated” demographic that KB Home is targeting at Creekside at Inverness Ridge wants features such as hardwood floors, 10-foot-ceiling heights, butler’s pantries and powder rooms, all of which come standard.

Most homes at Creekside will have standard “great rooms” that combine living and dining areas. Responding to buyer demand, KB Home also is offering formal dining and living rooms “built for entertaining” in the two-story homes, Eaggleston says.

“Young doctors’ wives still do those very traditional things even though they have their own independent careers,” he says. “They convert the butler’s pantries into wet bars.”
Foot prints and floor plans can’t be altered but more than 5,000 upgrade options are available, including selections of doors, crown moldings, light fixtures and faucets, Eaggleston says.

Buyers can “almost change just about anything they want,” Eaggleston says. “It’s the closest thing to custom you can get for being a non-custom builder.”

The company conducts similar market research into buyer trends in other markets across the U.S., says Jason Lindaman, KB Home’s director of public relations for Illinois.

“This year Fortune Magazine named us as the most admired homebuilder in America,” says Lindaman. “And one of the reasons is the fact that in each of the 16 states where our homes are located, we have paid specific attention to the preferences of the local people.”