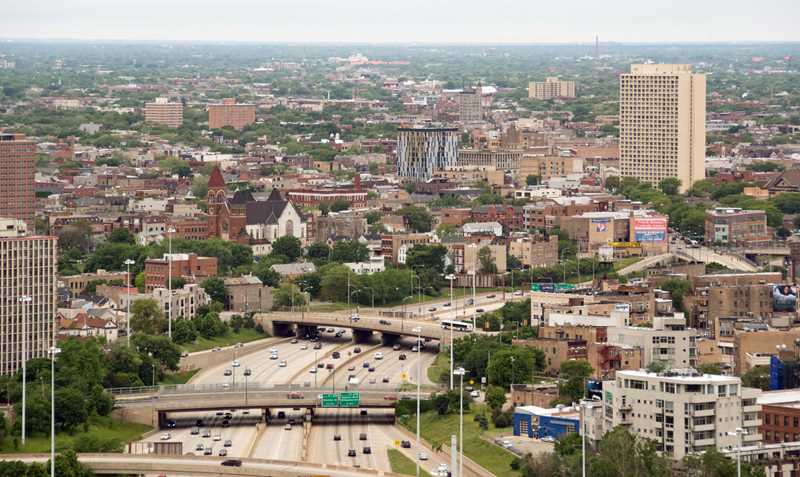 DNAinfo reported on Friday that 1611 West Division, the 11-story building now less and less frequently referred to as the “Tower of Pizza Hut” based on the site’s former use, is renting for October occupancy.

The development’s website has floor plans and amenities lists available for its studio, convertible, one- and two-bedroom apartments. Contrary to the DNAinfo article, the building does not have 3-bedrooms.

DNA info reports rents will range from $1,495 to $3,295. The floor plans at the building’s website don’t disclose room dimensions, but they do make it clear that kitchen counter space is extremely limited in almost all of the units and closet space is scarce in many of them. In-unit washer / dryers, which have become standard in new apartments, are included.

The building has a decent range of common-area amenities and is likely to offer great skyline views from its rooftop deck and from higher-floor east- and south-facing units.

The building emphasizes its transit-oriented location and positions its lack of parking as a positive factor. If the rents stated in the DNAinfo article are accurate, it isn’t difficult to find a range of full-amenity apartment buildings in equally transit-friendly locations closer to the lake.

There’s an increasingly vibrant restaurant and nightlife scene as you head west along Division, which is the border between Wicker Park to the north and the building’s East Village site.

If you’re up for a challenge, have a stab at understanding the building’s architecture page.

Newer Post
Are new high-rise condos thinkable or un?
Older Post
Yet another new way of living on Chicago Avenue