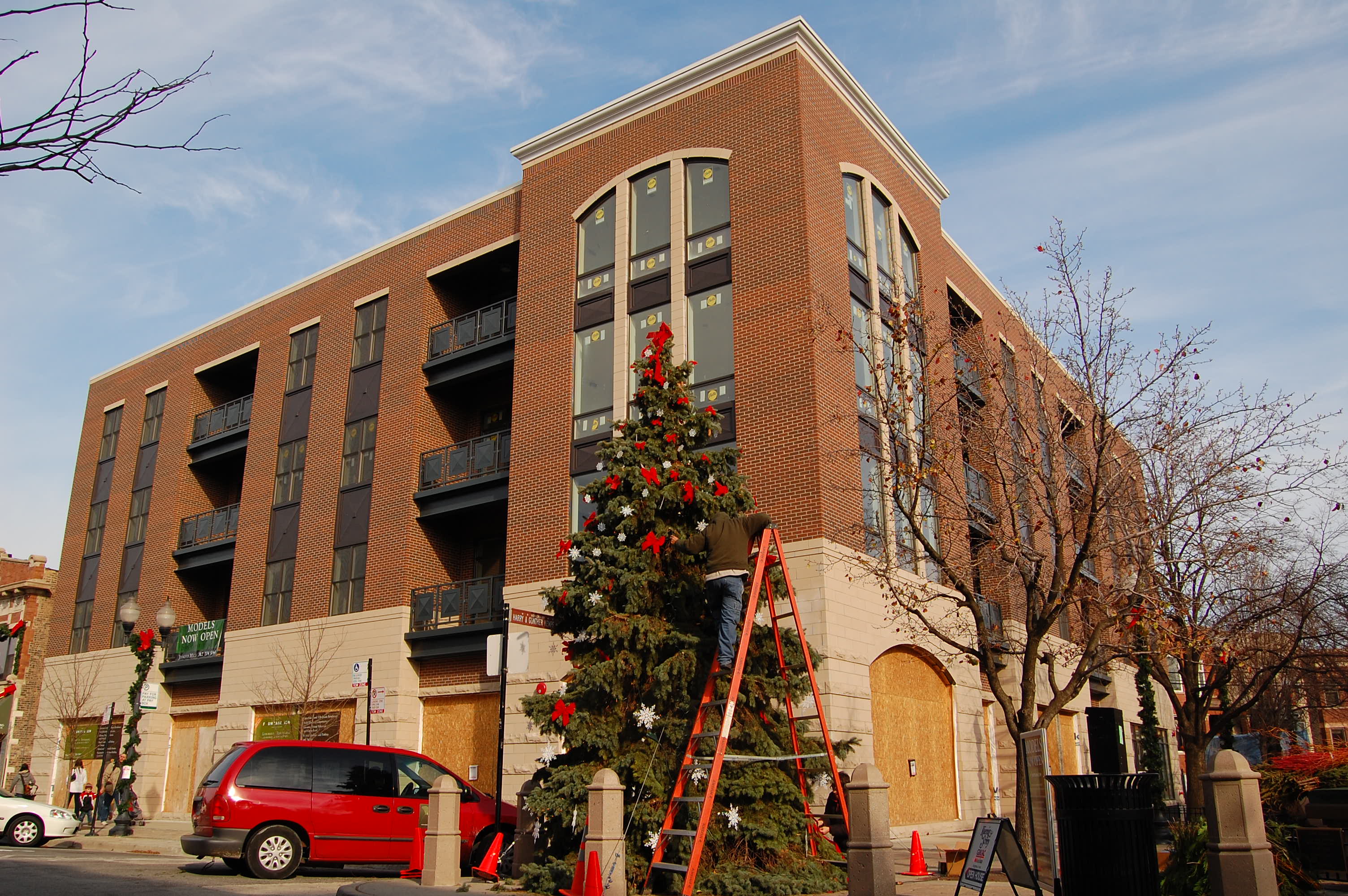 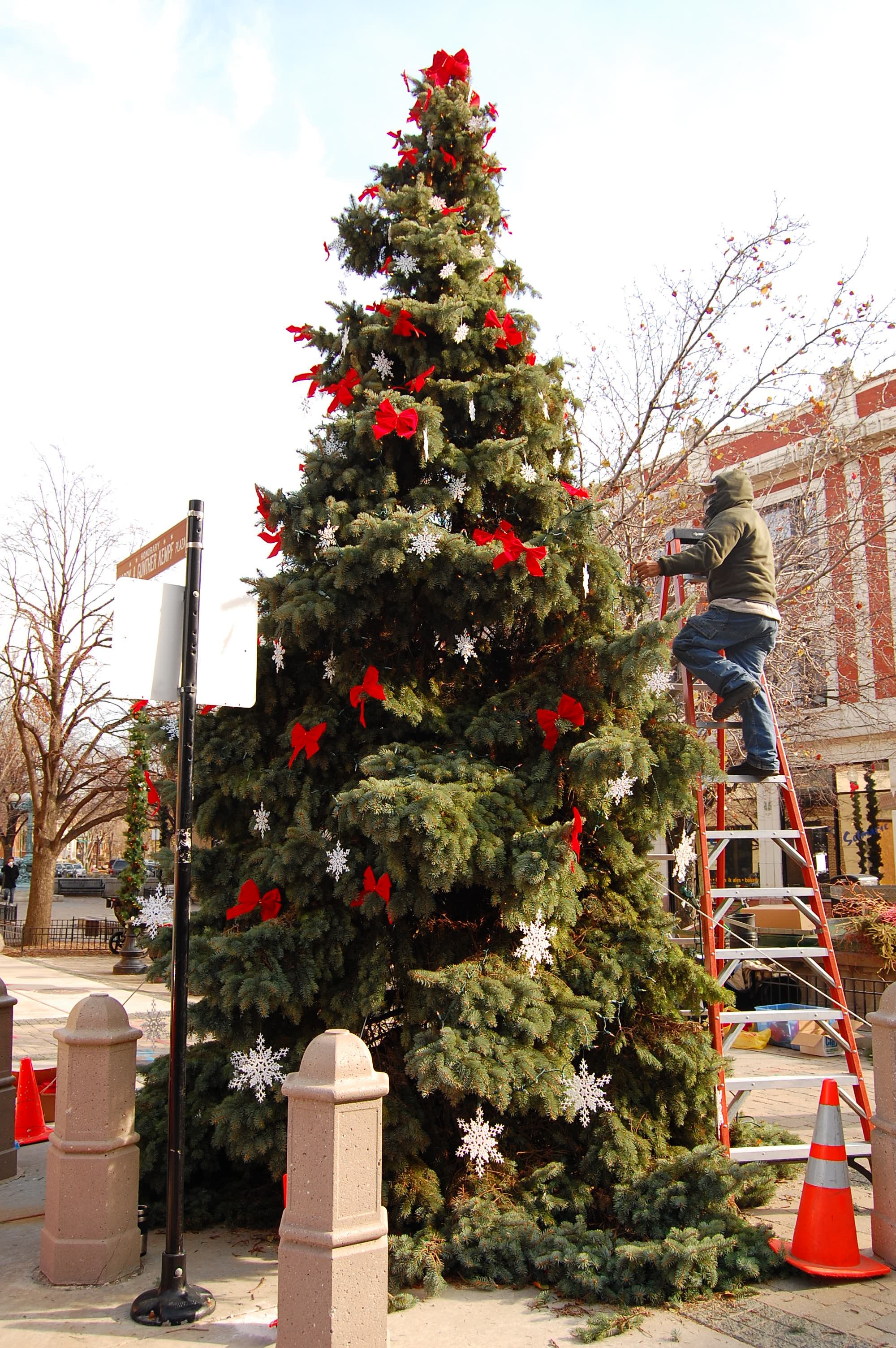 This was the scene at the plaza in front Fountain View, which is located at 2326 W Giddings St in Lincoln Square, when I visited the open house last weekend. Through much of the 20th century, Lincoln Square was a gateway for German immigration, and the Christmas tree tradition is believed to have started in Germany in the 17th and 18th centuries.

Does that explain why they put a tree up before Turkey Day? No, it doesn’t.

When I first saw it, I couldn’t help but let out a little groan, because it seemed far too early to be spreading Christmas cheer, but this week it seems slightly less objectionable. I still don’t know why that guy was wearing a scarf over his face though; it wasn’t at all cold that day.

Inside the building, I took a bunch of photos of the model unit, and I’ll post some of those up later this weekend. But for now, have a happy Thanksgiving, Yo readers.