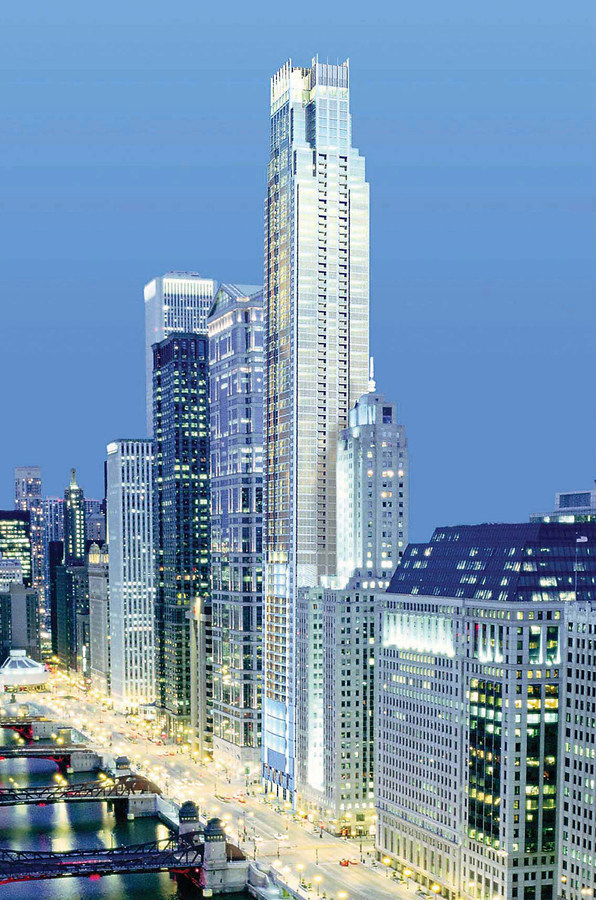 Dorrie Freiman doesn’t worry about making a sale every time someone steps into the Waterview Tower’s sales room at 121 W Wacker Drive. In fact, she expects potential buyers to spend some time weighing their options.

“Our buyers take longer with their shopping. They look around. They’re an educated crowd,” Freiman says.

Part of the 90-story Waterview Tower’s appeal is the presence of a five-star Shangri-La Hotel on its 12th through 27th floors, Freiman says. Full-time residents, second-home owners and hotel patrons will all have access to amenities like an exercise facility, a lap pool, outdoor garden terraces and pet recreation areas, a business center and a hospitality suite with full kitchen.

Waterview’s Loop location drops buyers into “a pivotal area” of Chicago’s downtown, says Freiman – the Theater District and the Lyric Opera are a short distance away, as are the shops of Michigan Avenue and the scenic attractions of Navy Pier and Millennium Park.

Waterview Tower’s condominiums range in price from the $780s to $8.8 million. More than 65 percent of the project’s 233 condos have sold since 2005, and developers expect deliveries in November 2009.