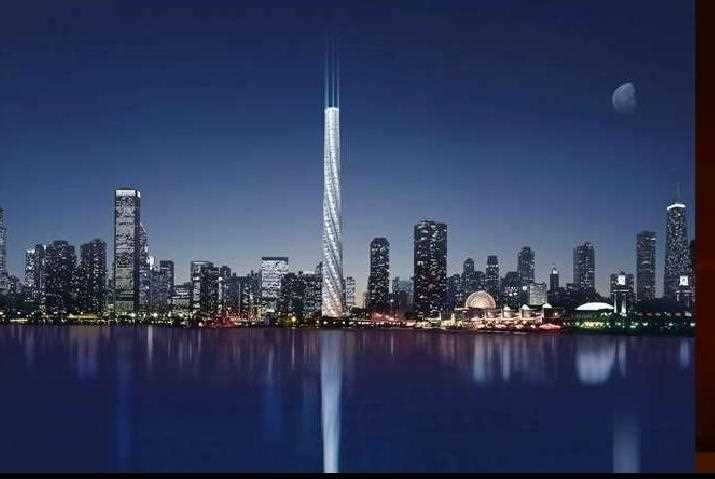 Santiago Calatrava is already being influenced by the city that gets things done. Calatrava and Shelbourne Development (perhaps with some nudging from the likes of Ralph Johnson?) have decided to give the Chicago Spire bigger shoulders in an effort to make the expensive project viable. The plan: Ditch the broadcast tower and the hotel, widen the building and the drill bit, and add a whole lot more condos, and 35 stories to the spire formerly known as Fordham. New rendering here.
Blair Kamen reports on the changing face of the most talked-about skyscraper in all of Chicagoland in a Trib story today. The 150-story (!) tower will be less twisty, with only a 270-degree rotation, and the apex of the building will be simplified. Calatrava reportedly told Kamen that he was “learning from Chicago,” adding that the new-look peak of the building was inspired by the Sears Tower and the John Hancock Center. The hotel market is heading for gluts-ville, so it makes sense to nix that part of the project and hope that the hype about the building will draw high-end condo buyers. Will the building look as cool? My opinion is no. What do you think?