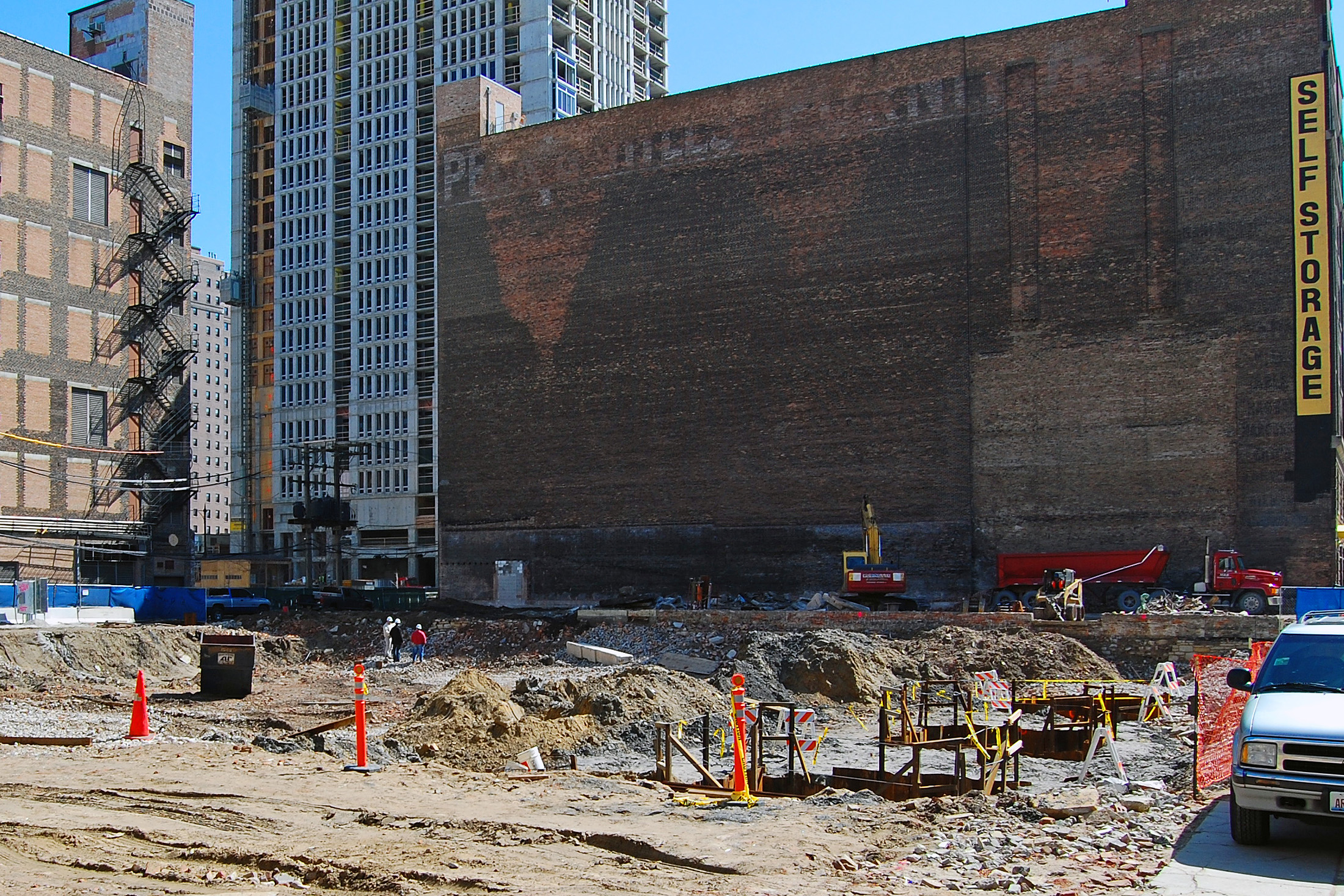 “Construction” may be a little generous, but at least there’s some activity going on behind the fence at 14th Street and Wabash Avenue.

I’m trying my best to get some updated info on Piedmont Group‘s Glashaus. According to a Yo post from December 2006 (one of the few we’ve devoted to the South Loop high-rise), developers were hoping to start construction in the spring of 2007 and have units ready for delivery by the summer of 2008. The building’s 262 one- to three-bedroom units were selling from the $230s to the $810s at the time. 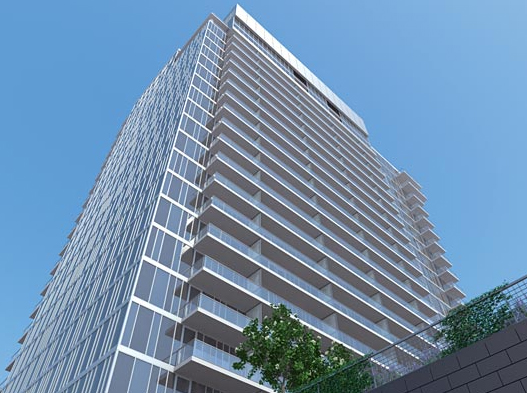 Brininstool + Lynch‘s 25-story “contemporary glass box” is supposed to have 12,500 square feet of retail space, a private park with grass and trees, a fitness center, a private cinema, and 24-hour door staff.

A lot has happened in the past 15 months, of course, so I suppose we shouldn’t be surprised when a project moves forward at a slower pace than its developers had originally intended. It would be nice to know what Piedmont’s new timetable looks like, however, or what Glashaus’ price points are looking like these days.