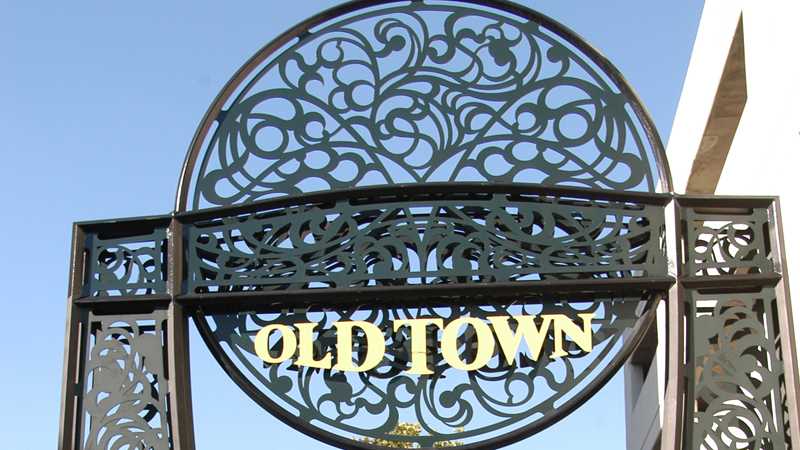 It’s called Old Town for a reason – the neighborhood is one of the first parts of Chicago to be settled in the 1800s, and its Old Town Triangle Landmark District still includes many homes built in the years following the great fire that destroyed much of the city in 1871. 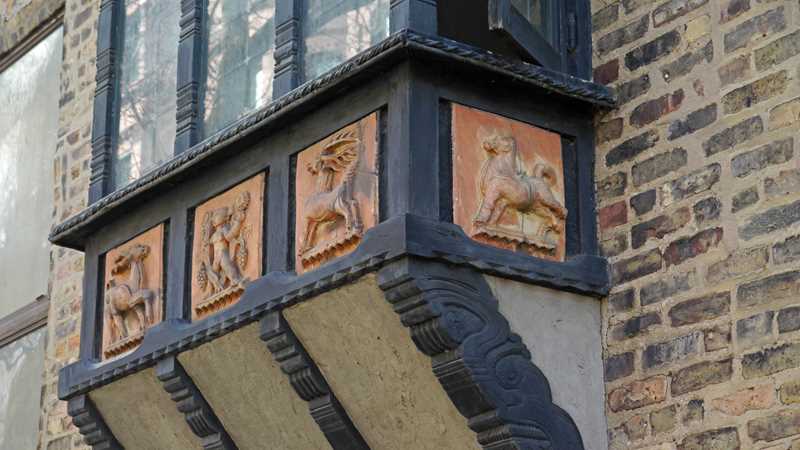 That said, the Old Town moniker itself is old. It doesn’t reflect the waves of new construction that changed parts of the neighborhood beginning in the 1960s, or the dining and retail revival that began in the 1980s and appears on the verge of accelerating.

Old Town begins just a mile-and-a-half north of the heart of Chicago’s Loop. Its neighbors include the Gold Coast on the east, River North on the south and Lincoln Park to the north.

The eastern stretches of Old Town have excellent proximity to Chicago’s greatest park, Lincoln Park, and to Oak Street and North Avenue beaches. 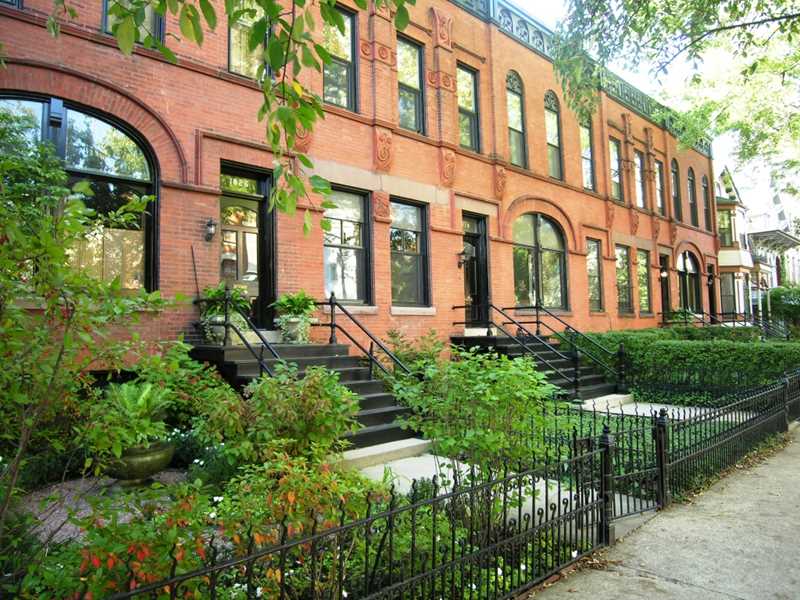 These very different neighborhoods are separated by North Avenue and stitched together by the vibrant, mixed-residential / commercial strip along Wells Street. It’s a visually interesting, pedestrian-friendly thoroughfare whose broad sidewalks are lined with a wide mix of restaurants, bars, nightlife, boutiques, theater and low- and high-rise residences.

Wells Street is so integral to the fabric of Old Town that it IS Old Town to the residents who live along it and the tourists who seldom venture beyond it.

NOTE: This Guide’s primary focus is on Old Town. For more information about the Old Town Triangle neighborhood, see our Lincoln Park Guide.

Old Town attracts an affluent, educated group of residents: more than 80% of the 25+ population have a Bachelor’s degree or higher, one-third have graduate degrees, and nearly 40% have a household income exceeding $100,000. The neighborhood is culturally and ethnically diverse, and appeals to a wide range of age groups. 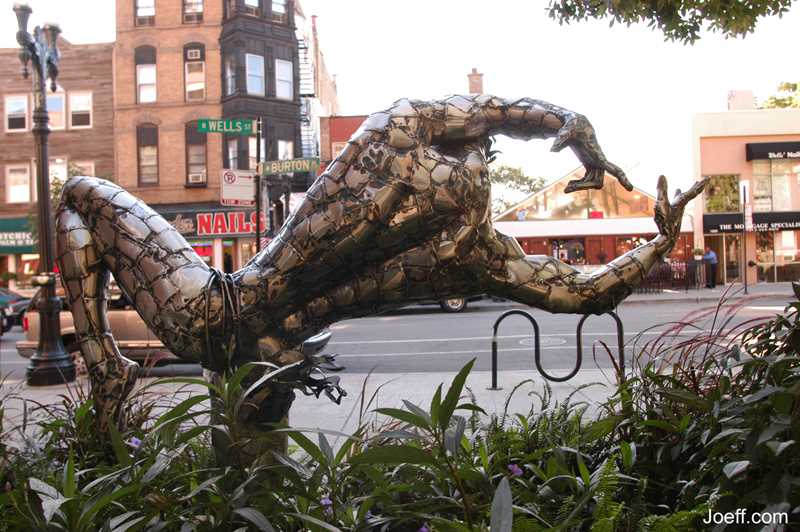 Old Town is a walkable, low-density, visually interesting neighborhood with a small-town vibe and a wide array of dining, retail, nightlife and everyday convenience shopping. It still retains some of the quirky attractions that made it a popular tourist destination in earlier years. 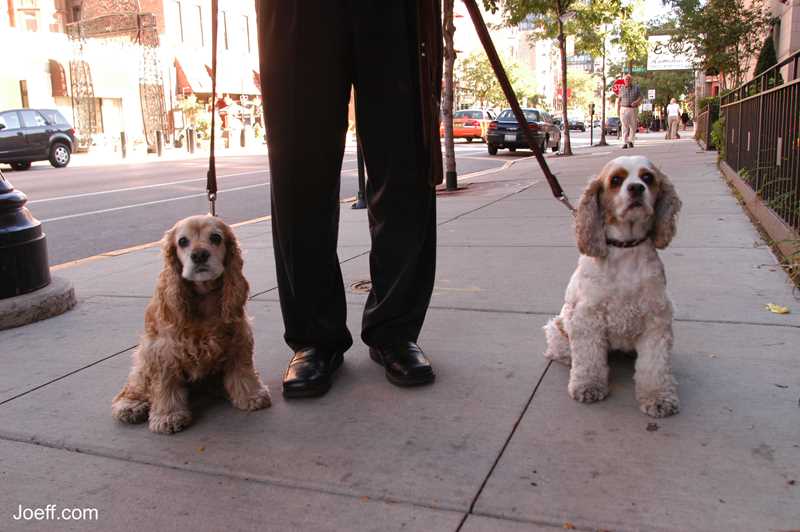 Old Town’s location affords easy access to the Loop via public transit, and it has great proximity to the popular Gold Coast, River North and Lincoln Park neighborhoods.

Until recently, renters looking for new luxury apartments had no options available in Old Town.

Old Town’s relatively inconvenient access to Chicago’s expressway grid, the CTA Blue Line and the Metra rail system is a consideration for Chicagoans who reverse-commute to the suburbs or travel frequently out of O’Hare.

The great majority of the housing stock in Old Town consists of owner-occupied homes and condos, primarily in low-rise buildings. Rental housing is limited, although you can find the occasional home or condo available for rent, and a few apartments in smaller buildings. 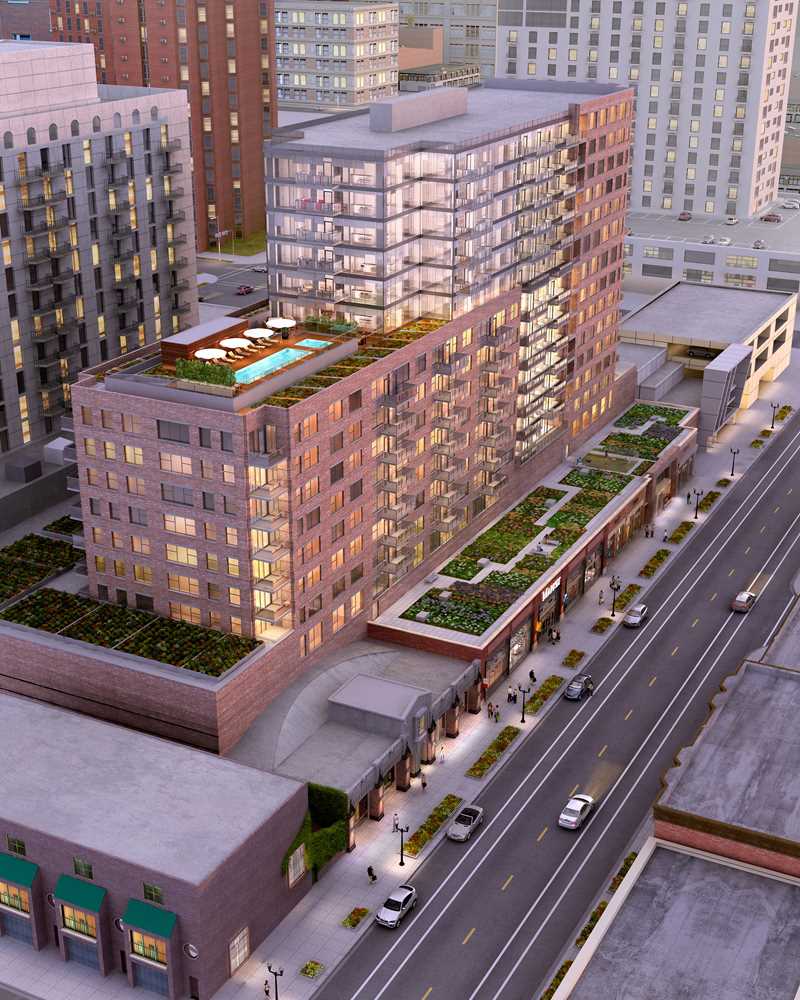 New construction. With the exception of 1225 Old Town there have been no new market-rate apartment projects of any size in Old Town in the last 25 years.

1225 Old Town is scheduled to begin occupancy in September 2012. The luxury community will include 250 luxury studio, one-, two- and three-bedroom apartments with a range of common area and in-unit amenities not previously available in the neighborhood. 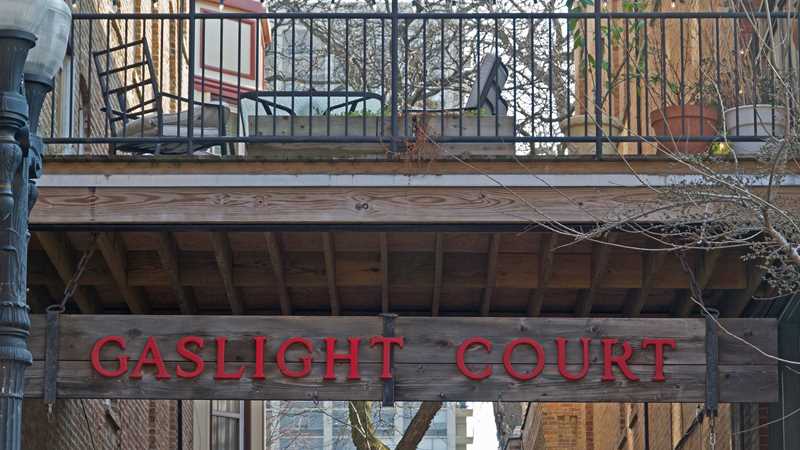 Lofts. Old Town has one large rental loft development, Cobbler Square, a former Dr Scholl factory that was converted to 295 apartments in 1985. You’ll occasionally find a loft condo for rent in one of the smaller projects in the neighborhood.

The Old Town Triangle has been the venue for the Old Town Art Fair since 1949. The event, which is ranked as one of the best in the nation, is held on the second weekend of June from 10 a.m. to 6 p.m. Each year it draws more than 250 accomplished artists and an estimated 50,000 visitors. 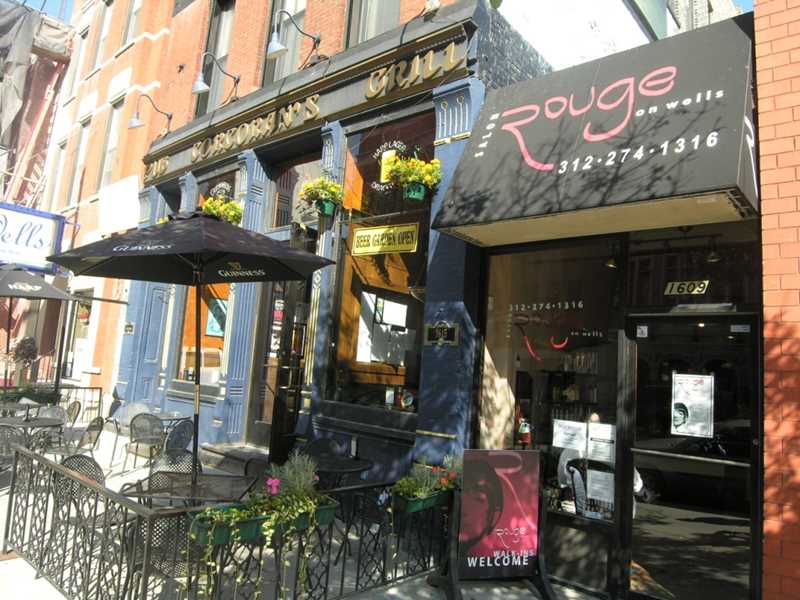 The Wells Street Art Festival, which also takes place on the second weekend in June, attracts a less well-known group of artists but has typically served up better music and food from Wells Street’s many restaurants.

If you’re a beer aficionado, the 3-day Craft Beer Festival at St Michael’s is a must-attend event. 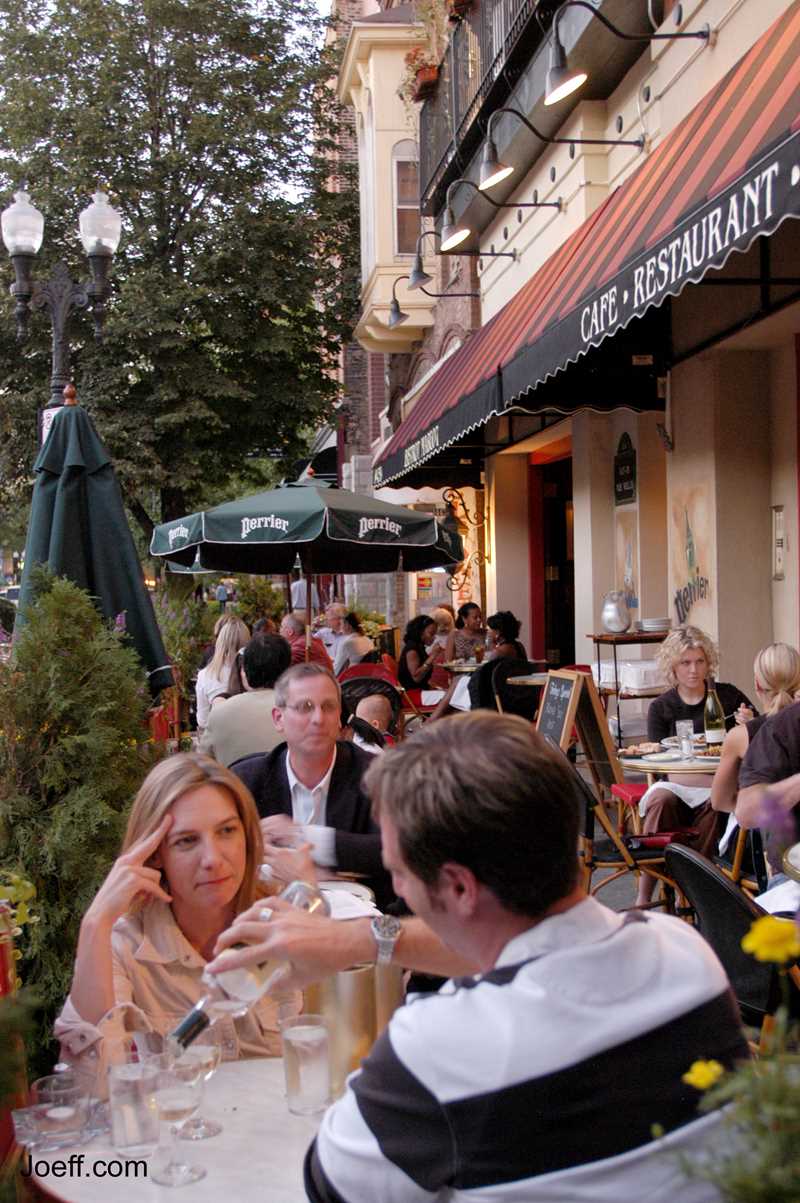 If you exhaust everything Old Town has to offer, the dense nightlife and dining options of Division and Rush Streets are a few short blocks to the east, and the Clark St and Lincoln Ave strips in Lincoln Park are a few blocks to the north. 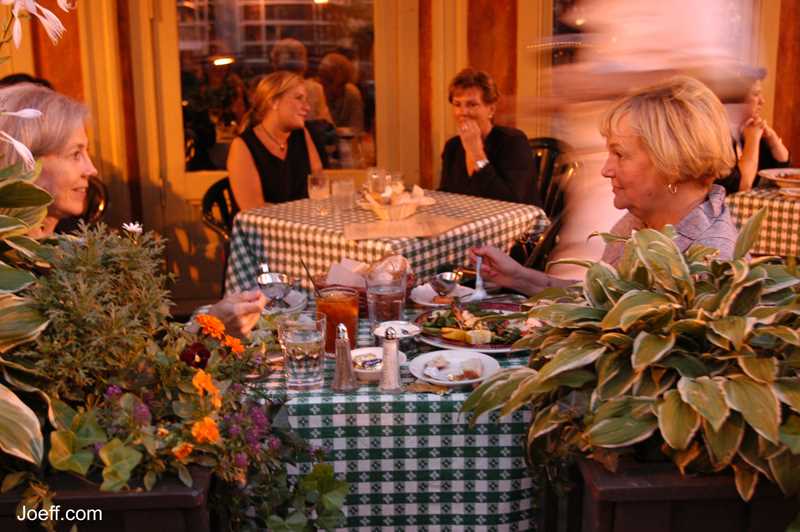 Treasure Island, an Old Town staple that bills itself as “America’s most European supermarket” is on Wells St, just north of North Ave. Another local favorite is the Potash Markets Sandburg Village location.

Old Town also boasts a number of chain grocery stores, including a Jewel at Clark and Division and a Dominick’s at Sedgwick and Division. Whole Foods‘ over-the-top Lincoln Park behemoth is on Kingsbury, just south of North Ave in the busy Clybourn Corridor area. It’s one of only five Whole Foods with a Wellness Club.

Long-time favorites in the neighborhood include The House of Glunz, The Fudge Pot, Village Cycle, Up Down Cigar, Collar & Leash, Old Town Gardens and Old Town Aquarium. Wells Street also has a few apparel boutiques, a good selection of salons and personal care venues, and a Pier 1 Imports.

The nearby Clybourn Corridor has a great selection of chain and big-box shopping options.

1225 Old Town will be adding 30,000 square feet of new retail space to the neighborhood.

Park space and recreational facilities are scarce within Old Town, but the neighborhood has good proximity to Lincoln Park and to Oak Street and North Avenue beaches.

Old Town has a limited selection of health clubs, including a Fitness Formula Club and an XSport Fitness location in Piper’s Alley. 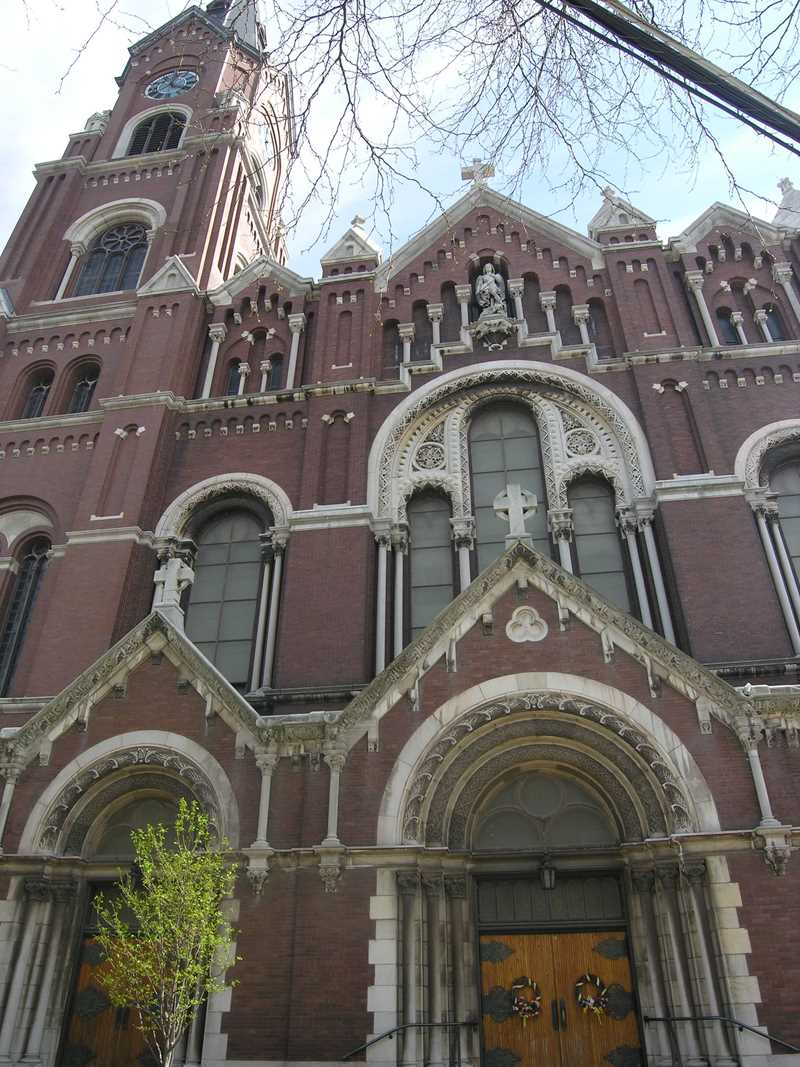 Access to the city’s expressway grid is mediocre from the southern part of Old Town and downright poor from the northern part. The shops along the Clybourn Corridor cause frequent traffic bottlenecks along North Ave. There’s easy access to Lake Shore Drive from North Ave.

Parking – especially garage parking – is scarce in Old Town, almost all of which lacks alleys. Parking is expensive when available.

The neighborhood attendance-boundary public schools are Manierre (K-8) and Lincoln Park High School. The public K-8 Franklin Fine Arts Center, a specialty magnet school, fills approximately half its seats by a lottery open to students residing within 1.5 miles of its location. Walter Payton College Prep and other selective-admission public schools are within walkable distance of Old Town. 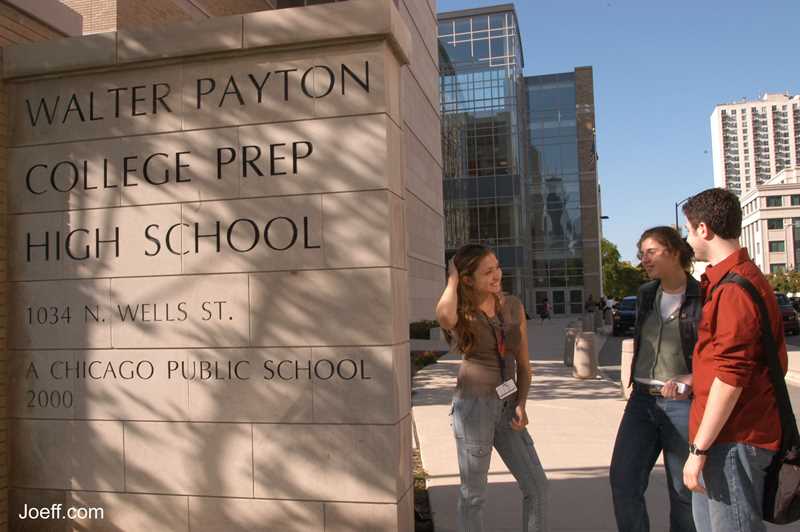 Lincoln Park, the Gold Coast and River North (Guide links) are the most frequent backup choices for renters who can’t find what they want in Old Town.

Add your comments below, with any suggestions you think will be helpful to people deciding whether and where to rent in Chicago’s Old Town neighborhood.