Craigslist doesn’t allow ads to be posted more than once every 48 hours and prohibits keyword spam, i.e. the use of irrelevant terms in ads to draw attention to them. Over-posted ads stuffed with irrelevant keywords are spam.

We haven’t completed our research, so we don’t know whether Chicagoland Property Group is Craigslist’s most prolific spammer. We are, however, highly confident that it ranks among the worst offenders.

Here’s a list of some of the firm’s agents and the number of ads, totaling more than 4,500, that they had active on Craigslist as of midday yesterday:

According to the IDFPR database, Schuldt is a month-old rookie at the firm and Harper has been there for just a few days. Salvatori and Monaco haven’t yet made an appearance in the state database. 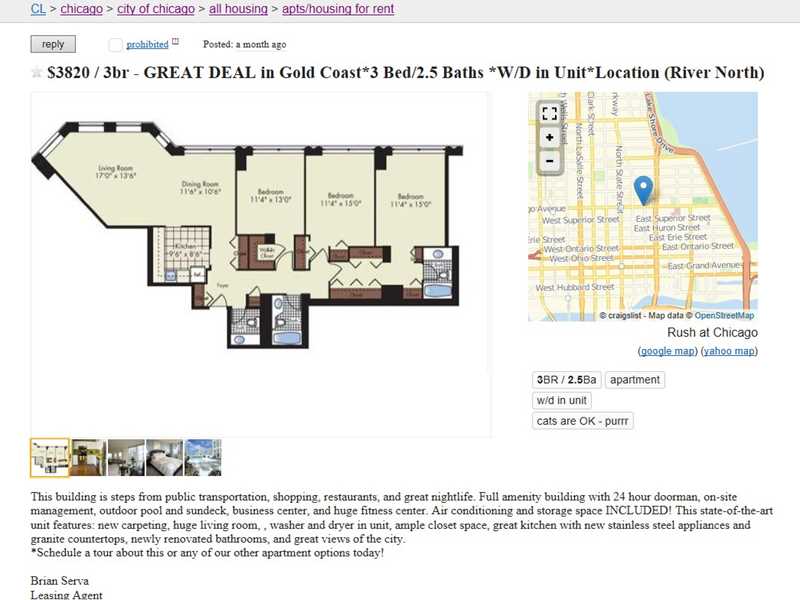 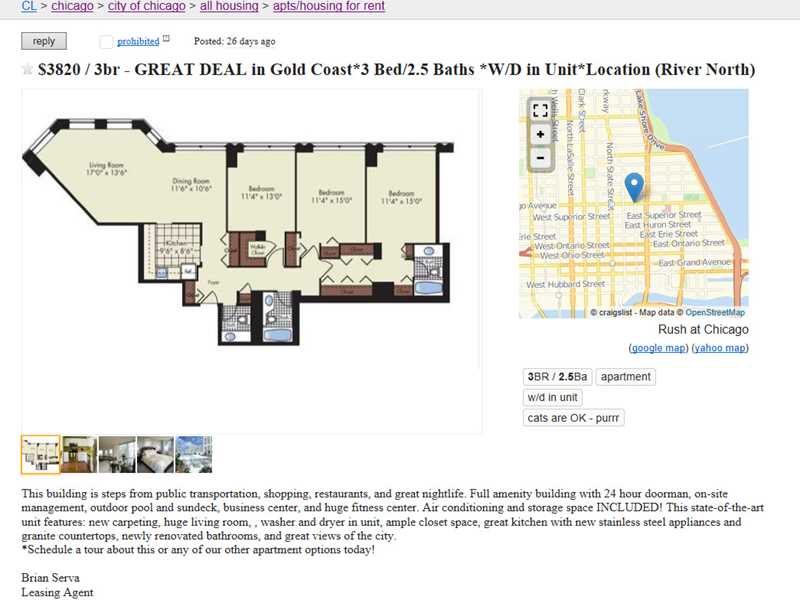 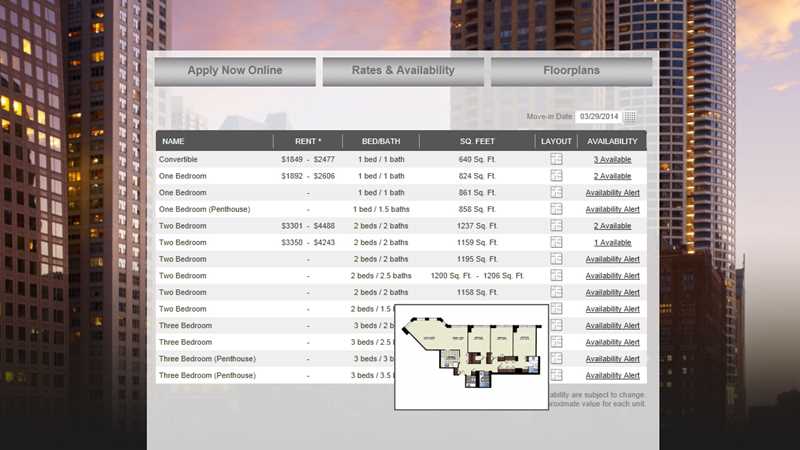 Many of the firm’s ads are for apartments that are unavailable for rent, available only at a higher price or not described accurately. The repetitive ads illustrated above, for example, show the floor plan for a 3-bedroom, 2-bath (not 2.5 as stated) at The Chicagoan, which doesn’t have any 3-bedrooms available for rent. The ads were first posted nearly a month ago and appear to have been renewed without checking availability. The Chicagoan has near real-time availability info online, so there’s no excuse for not checking.

The apparent goal of the ads is to frustrate, confuse or bait-and-switch you into contacting one of its agents instead of going directly to the properties, almost all of which (and a lot more) you’ll find on YoChicago’s at-a-glance apartment lists.

Chicagoland Property Group has been in business for more than 4 years, and has advertised in bulk on Craigslist for some time. When a company devotes so much sustained effort to breaking rules and wasting your time, why would you believe that contacting it will save you time? Why would you contact a newly-minted agent who isn’t icensed yet but has been schooled in time-wasting and rule-breaking?

Oddly enough the firm was not listed on Yelp. I added a listing for Chicagoland Property Group, and encourage you to chime in at Yelp with your thoughts on the company’s behavior, both on and offline.

When you see repeated ads on Craigslist, flag them as prohibited. It only takes a second and will save other renters time when Craigslist removes them.