Is AptAmigo an outlaw enterprise? 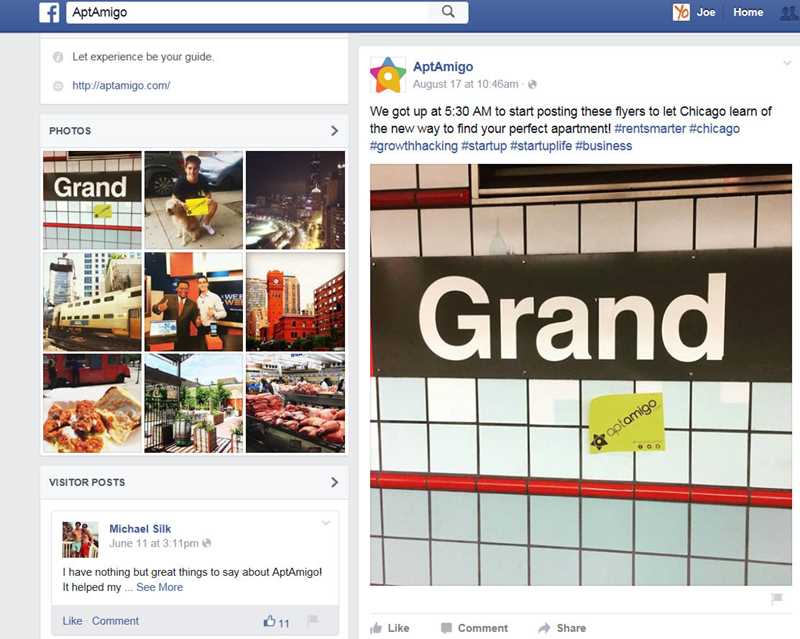 We recently called attention to the wholesale infringement of YoChicago’s copyrighted images by the new AptAmigo website. Those photos have all been removed from AptAmigo, several of them after having been reposted on the site.

Since that time we’ve heard from a number of photographers who’ve reported that their images also appeared on the AptAmigo site without their knowledge or permission, and other images have been removed from the site after we notified the photographers.

Dan Willenborg, the Co-founder and CEO of AptAmigo had claimed to me that his site’s infringement of more than 50 of our images was “unintentional.” I don’t know how anyone can do anything that many times without intending to do it. And I don’t know how any site that has, according to a Tribune article, a Harvard Law grad (Matthew Schoenfeld) as a co-founder, can be unaware of the requirements of copyright law.

When I look at the AptAmigo site I wonder whether it has secured rights to use any of the images there.

Willenborg did have the good sense to remove from AptAmigo’s Facebook page the photographic evidence of AptAmigo’s defacement of CTA property that you can see in the above screen cap.

In the past several days we’ve been hearing reports that AptAmigo has been distributing flyers door-to-door in high-rise buildings, to the dismay of the properties involved and in violation of their wishes and potential violation of municipal ordinances. 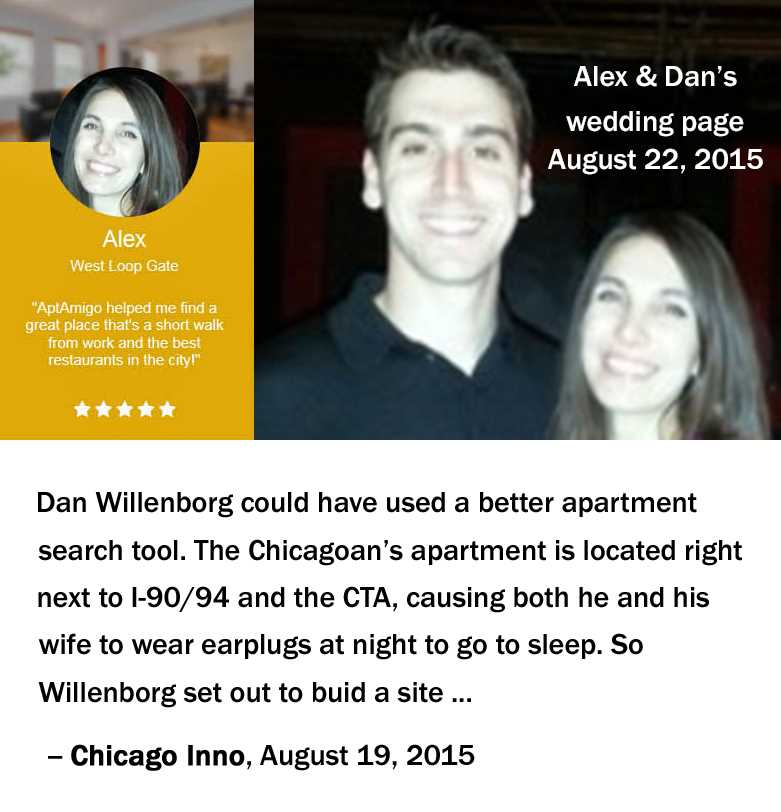 At least one of the endorsements on AptAmigo’s home page is in clear violation of Federal Trade Commission guidelines on endorsements (pdf), since it fails to disclose Alex’s relationship with the site. The endorsement is difficult to square with the quote that Willenborg gave to another media outlet about his own living arrangements.

You can dismiss my concerns about AptAmigo, if you wish, as unease about the launch of a potential competitor for advertising revenue. I’d suggest, however, that you ask yourself whether you’d trust your personal information to a site that operates as AptAmigo has.