Median selling prices take a hit on northwest side 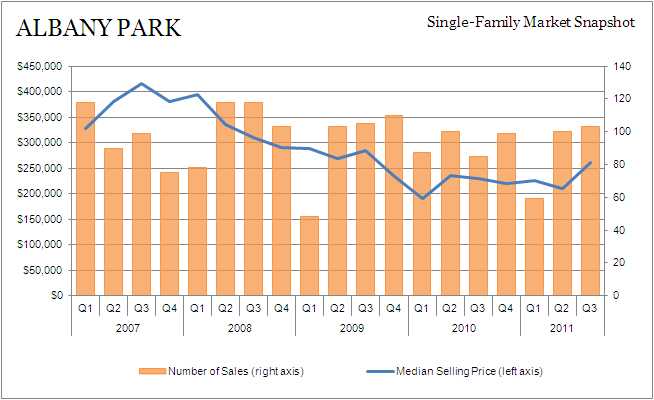 The last time I wrote for YoChicago, I highlighted several neighborhoods whose sellers were holding out for a higher price — in other words, neighborhoods where sales volume has fallen, but prices have remained fairly steady.

The story has been the opposite for several Northwest side neighborhoods I track. In Albany Park, irving Park, and Jefferson Park neighborhoods, sales of detached houses have stayed, if not steady, then at least strong through recent quarters. But the median selling price has taken a hit. 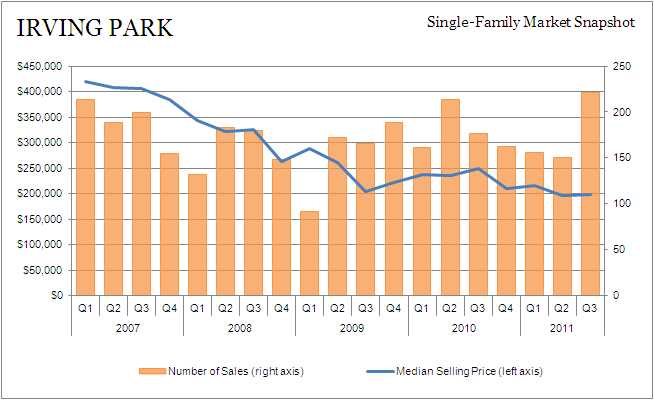 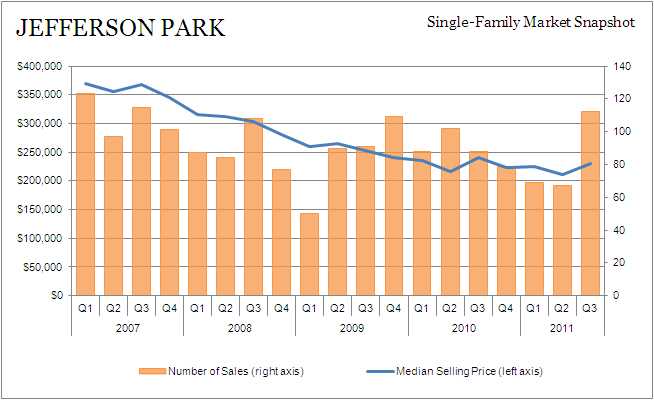 Citywide, the median detached home sold for 33% less last quarter than in Q3 2007, though that takes into account parts of the city that are deeply depressed economically. Among the 20 neighborhoods I track (mostly based on the number of sales in a given quarter), the average decline is 15%.

Charts like the ones above are available in a quarterly market report.