Construction activity was in full swing yesterday while the groundbreaking ceremony was underway for the New City development at Halsted and Clybourn.

The tent set up for the ceremony held a packed crowd, with an additional 50 people standing behind the camera platform.

Structured Development’s J. Michael Drew announced that Kings Bowl America will be joining the retail and entertainment venues that previously committed to the project.

The New City development LLC presented a $5,000 donation to By the Hand Club for Kids, and acquired and donated 1,000 bricks from the facade of the New City YMCA that previously occupied the site. The bricks will be sold to raise funds for By the Hand. 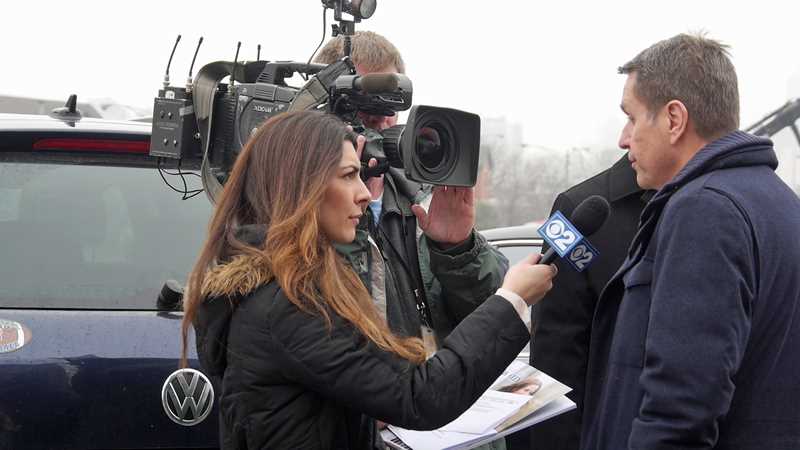 Bob Mariano of Mariano’s was one of the speakers and was interviewed afterwards by an intern reporter for CBS 2. CBS 2, NBC 5 and Fox 32 all had camera crews on hand for the event.