Olympic Village is coming to Chicago, games or no games 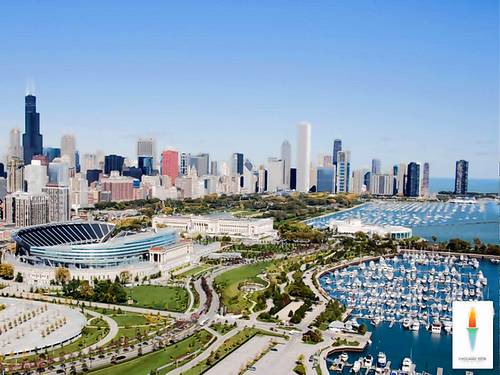 Mayor Daley intends to build an Olympic Village whether the 2016 Summer Olympic Games come to Chicago or not, the Chicago Sun-Times and the Chicago Tribune report today. This should come as no surprise. The Olympic Village will leave the city with 5,000 units of market-rate and affordable housing on more than 30 acres of land near McCormick Place. This dovetails with Daley’s downtown dream – in which the Loop sheds its identity as a drab office park and emerges as a so-called “24-hour downtown,” where children frolic in the Millennium Park fountain and people line up to see Broadway shows at renovated theater palaces. Residential development in the city’s center is a crucial part of that vision.

The Olympic Village – and the residential development it will leave behind – arguably has an important part to play in the success of Chicago’s Olympic bid. The centerpiece of the Olympic plan, an 80,000-seat stadium in Washington Park, will rely on the Olympic Village for part of its funding. The city is counting on paying for the stadium with $50 million in rights fees paid by Olympic Village developers, with about another $300 million coming from private donors, according to the Tribune and Sun-Times.

But while it looks likely that the Olympic Village will leave downtown richer, it’s not clear what legacy the stadium will leave in the nearby Washington Park and Hyde Park neighborhoods. After the games the stadium will be torn down and a 5,000-seat amphitheater left in its place. Public hearings will give the community a chance to weigh in on this new structure and object if they think it will scar the park’s Frederick Law Olmstead-designed landscape. But Tribune architecture critic Blair Kamin points out in a column today that there should also be public hearings on the stadium. He’s right. People who live and work near the stadium site should get to weigh in on how its construction will affect them in the short and long term.