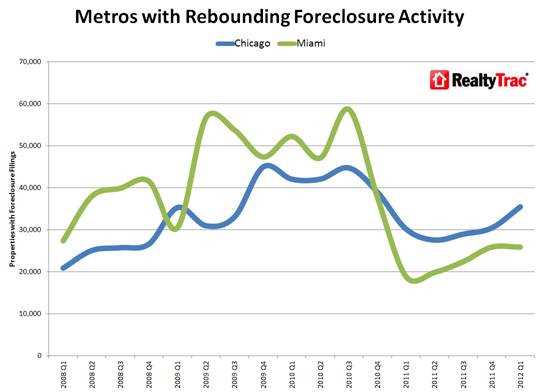 Chicago ranked only 17th among the Top 20 metro areas in the US in overall foreclosure activity, defined as the percentage of homes in foreclosure (1 of every 107), but led the nation on several metrics.

Chicago ranked first in notices of default (NOD) and lis pendens (LIS) filings (the early stages of foreclosure) in the first quarter of the year, with 15,447, just nosing out Los Angeles which saw 15,049 NOD / LIS filings.

The chart spotlights Chicago as one of the metro areas where foreclosure activity is trending up.