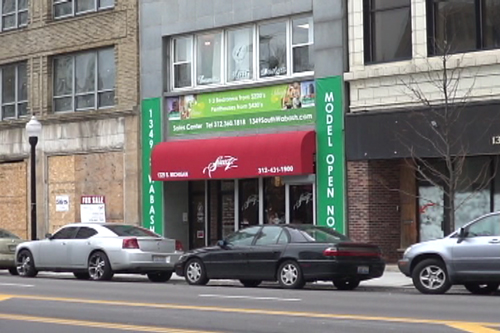 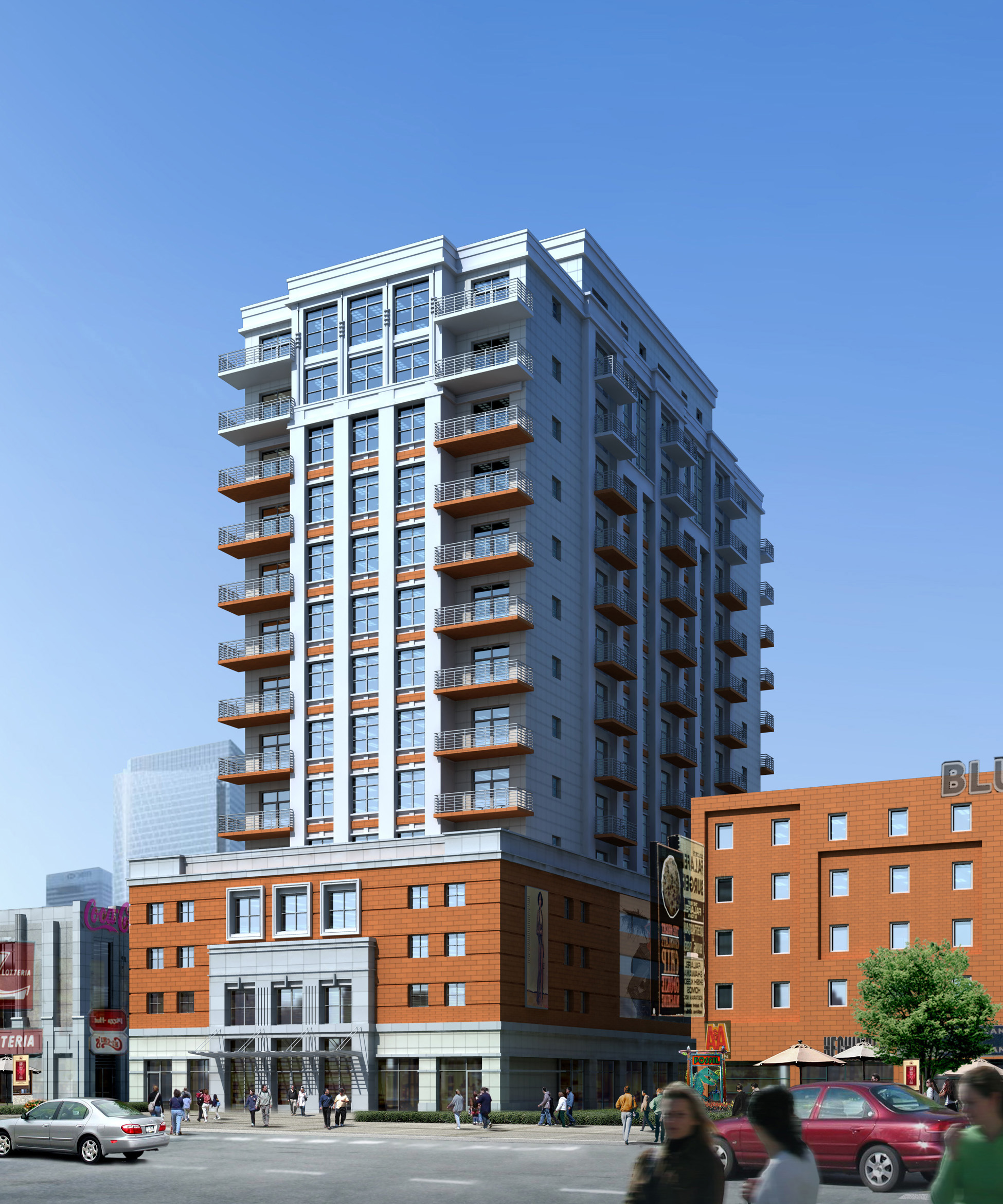 On Saturday, I took a stroll down South Michigan Avenue, where many South Loop high-rise developers choose to set up their sales centers, regardless of where their buildings will actually be located. By all reports, Wabash Properties was going to move its sales center into the building above, located at 1329 S Michigan Ave, sometime in June. Indeed, there are signs ringing its facade advertising the sales center’s model, but all I saw in the retail spaces themselves were the new urban boutique Succezz on the ground floor (under the red awning in the picture above) and a beauty salon on the second floor.

I’m not saying it’s not there – in fact, I spoke briefly with a Wabash Properties receptionist yesterday who insisted it is – but if I can’t find the front door, how many other customers are having the same problem?

Construction stalled on 1349 South Wabash this summer, but Wabash Properties’ Ling Yow told Mark at the time that the tower still might make it up by the end of 2009. The woman I spoke with yesterday said the date of completion is closer to three years out at this point, which doesn’t sound too surprising given the current climate, but still seems a little odd, given that 72 percent of the building’s 78 units supposedly were under contract as recently as August.

For what it’s worth, the competition sounded a lot more confident about 1349’s chances than it did about other towers planned for the area. You always have to take the words of a rival sales manager with a grain of salt, but two of the people I talked to at other projects on Saturday said they expected Wabash Properties principal See Y. Wong to ride things out. “That guy seems to have more money than God,” one agent said. “I think he’ll get it built eventually.”

In 2007 we visited the old 1349 South Wabash’s sales center with Wong. You can watch the tour of the model and hear a little bit about Wong’s plans in the video below.