The revival of the Wabansia Row II townhouses

On Dec. 5, 2006, Joel posted these photos in a “Work in progress” write-up about the townhouses under construction at Wabansia and Claremont avenues: 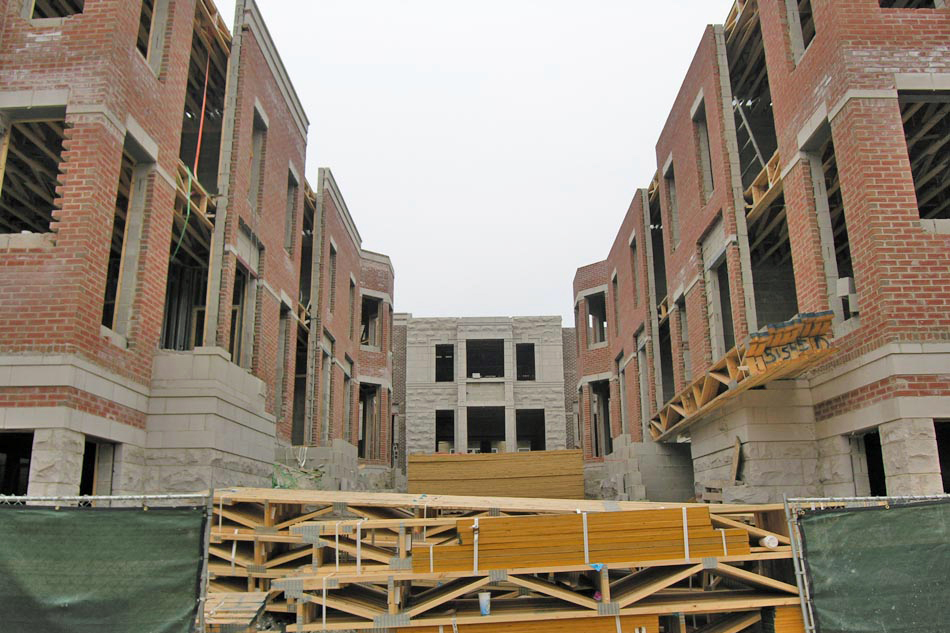 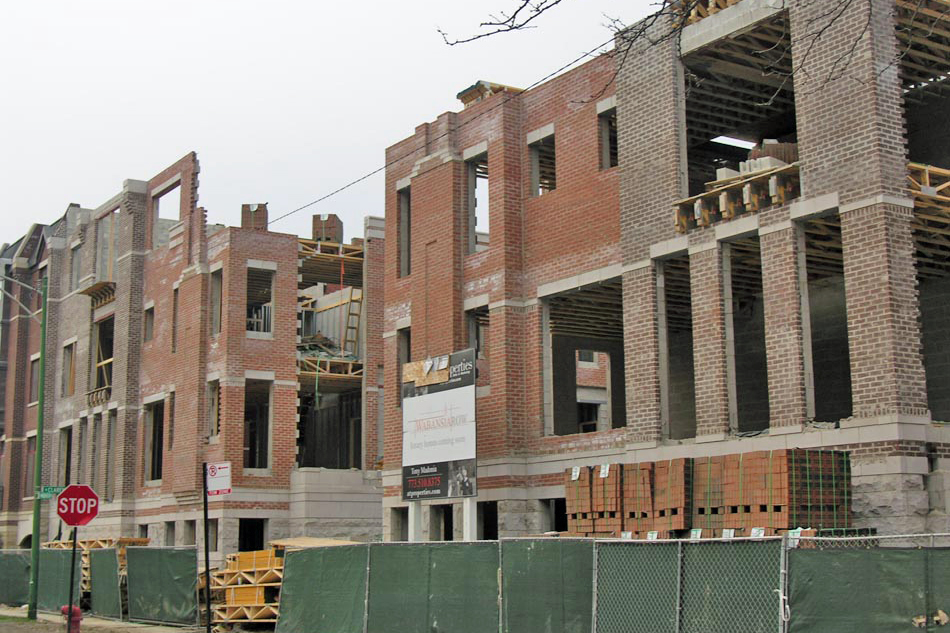 Today, Mark brought back the following shots of the same site: 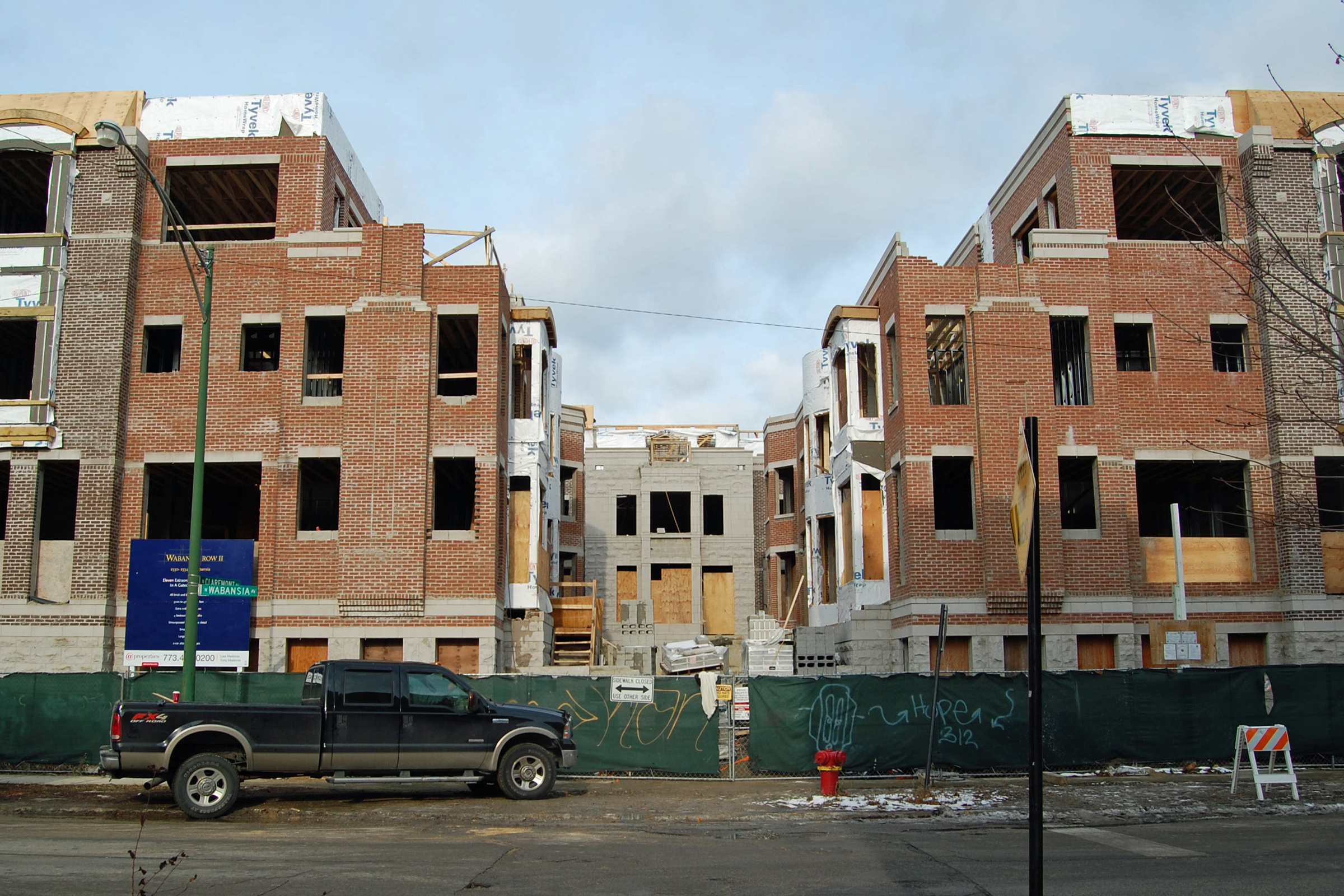 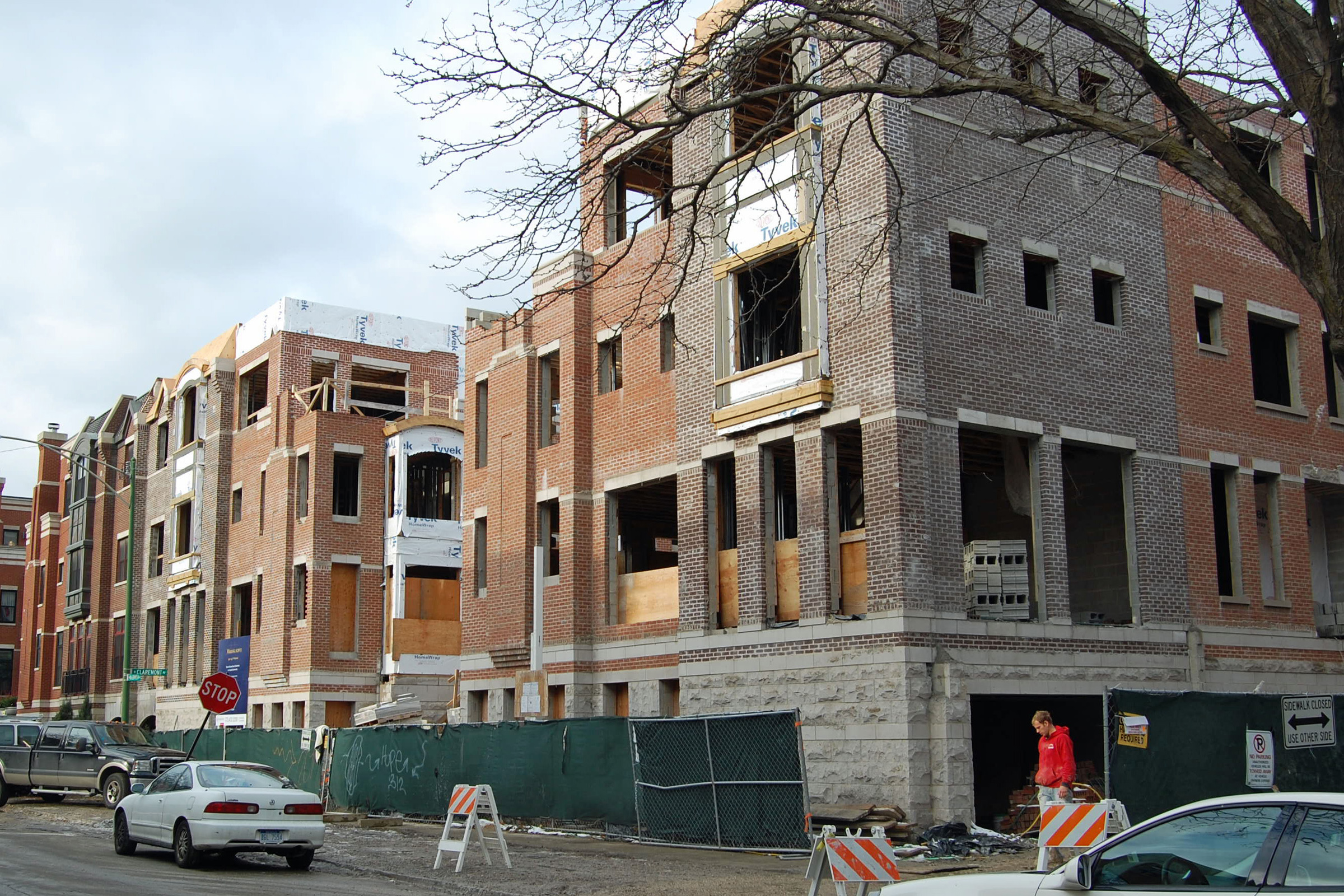 Normally, those two sets of pics might reveal a difference of two weeks or two months, depending on weather, motivation and money, but two years?

I’ve lived a half-block south of Wabansia Row for the past year, and until a few weeks ago, I hadn’t glimpsed a single sign of activity at the site. I’ve wondered for months how the homes weathered last winter’s ice and snow, and judging from some of the e-mails I’ve received through our tip line, other folks out there have had the same thought.

But then, in mid-October, things started happening: Trucks arrived, new building permits went up, and until the time change, I’d see a handful of workers laying brick and installing bays every afternoon as I walked home from the Western ‘L’ station.

@properties agents Tony and Lisa Madonia, who handled sales for the first phase of Wabansia Row at 2340 W Wabansia Ave, are also marketing the 11 units in this phase, which bears an address of 2330 – 2334 W Wabansia Ave. According to the sign out front and the old Wabansia Row Web site, the four- and five-bedroom homes will have 3,100 to 4,700 square feet and will feature “extra wide floor plans,” “large terraces” and “unsurpassed attention to detail.”

The homes are priced from the $790s to $1.05 million, according to new listings on the MLS. I haven’t heard back from Tony or Lisa about the project’s history or its timetable for completion, but I’ll post a follow-up if I learn more.