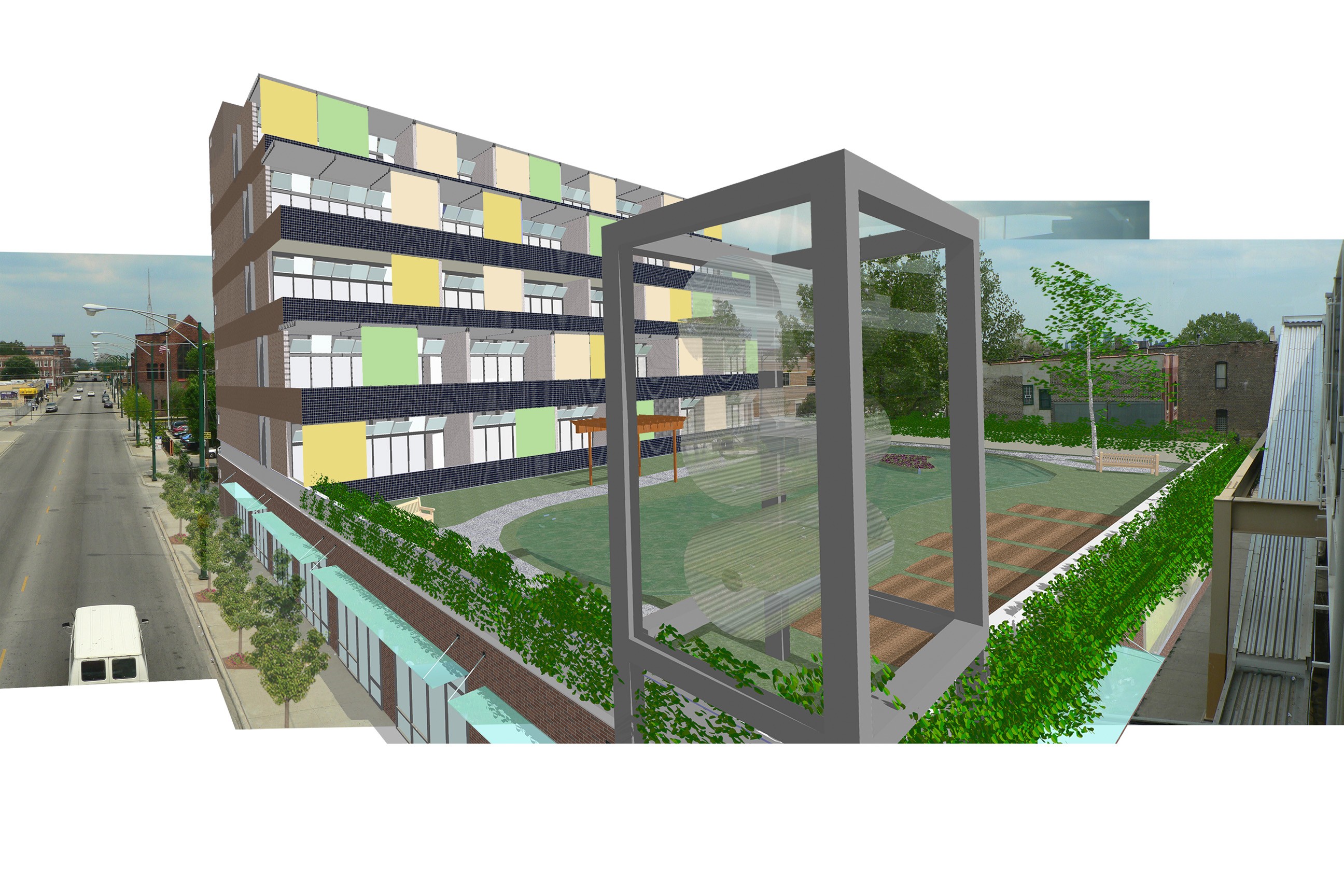 We learned a few details yesterday about Kedzie GreenLife, a mixed-use, eco-friendly project with an affordable housing component. The development is meant to bolster the underserved East Garfield Park neighborhood, according to Brad Leibov, principal in Terra Firma, which is developing the project with Bethel New Life, a nonprofit community development organization.

The site, at 3148 W Lake St, is directly north of the Kedzie station on the Green Line. El riders will be able to look out from the platform at Kedzie GreenLife’s 10,000-square-foot rooftop garden, which will sit atop a level of ground-floor retail. Based on the community input they’ve gotten so far, the 8,000 square feet of commercial space will likely be leased to convenience retailers like coffee shops and dry cleaners, Leibov says.

The northern part of the building will rise to six tiered stories. The 30 condos inside will have one to three bedrooms and one or two baths, and range from 850 to 1,500 square feet. Half of the units will be sold as affordable housing for buyers earning 80 percent of the area median income, Leibov says.

The distinctive colorful panels in the rendering above are energy-saving sun-shades, one of the project’s many green features. The clear box in the foreground of the rendering is a wind turbine that will power the retail signage. The prominence of these earth-friendly elements is designed to “send a clear message that this is a green building,” Leibov says.

The developers will seek LEED Silver certification from the U.S. Green Building Council for the project. The design is by Bill Worn of Worn Jerabek Architects, which also designed Terra Firma’s Fountain View Lincoln Square.

The proposal for Kedzie GreenLife is still working its way through City Hall. Bethel and Terra Firma responded to a request for proposals from the city in late 2005 and were chosen as the site’s official developers in February of this year, according to Leibov (groundbreaking will likely take place in fall of next year). Currently the developers are working with the city’s Department of Planning and Development on the financing, he says.

Newer Post
Ripped from the headlines: the Sun-Times looks at the new Cabrini
Older Post
740 Fulton part of new vibe in Fulton Market