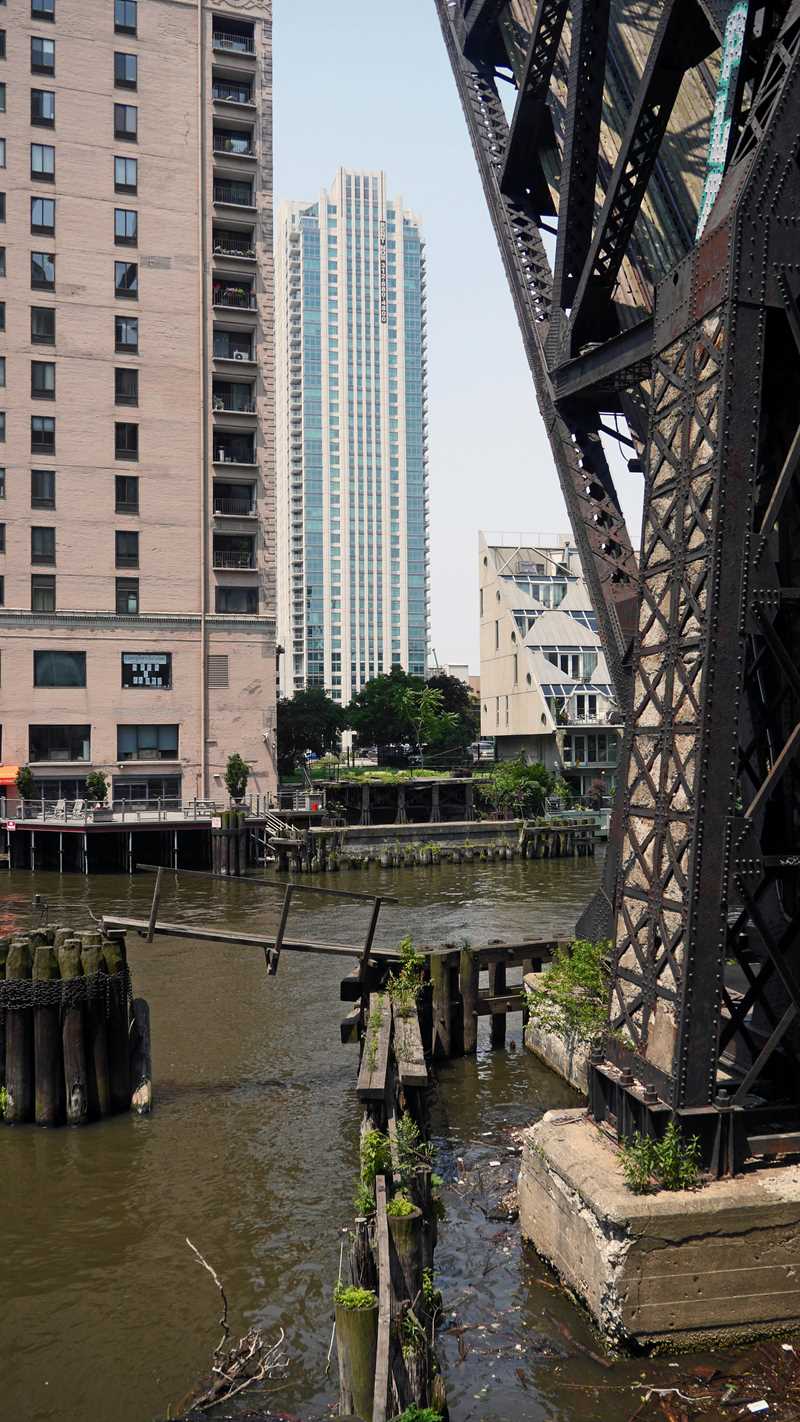 In the photo, the east tower of Alta at K Station and architect Harry Weese‘s River Cottages are flanked by Weese’s Fulton House condominium building and the Chicago & Northwestern Railway Bridge.

The bridge is a Chicago Landmark which “was reported to be the world’s longest and heaviest bridge of its type at the time of its completion” in 1908.

The bridge is permanently in the raised position and no longer ties River North to the Fulton River District, but the neighborhoods aren’t lacking in things that bring them together.

Not that long ago most of the traffic flowed from west to east, headed for the East Bank Club and River North’s thriving restaurant and nightlife scene.

Within the past decade the Fulton River District has emerged as a residential destination. Fifield’s Left Bank, Alta, Echelon and K2 apartment towers at K Station, and other rental and condo developments have brought thousands of new residents to the area. A growing number of new bars and restaurants in the area, and a new Jewel-Osco at K Station, have been draws for River North residents, increasing the east to west traffic flow. The new 900,000 square foot River Point office tower is likely to spur additional commercial development in the area. 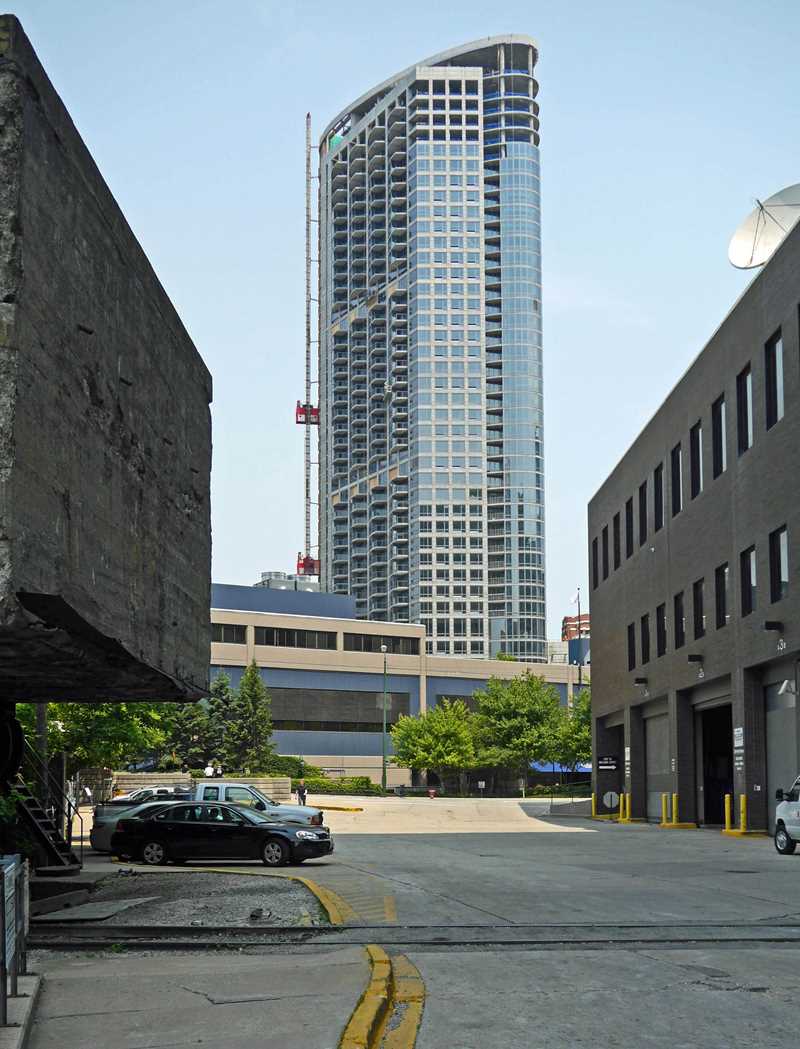 River North West of Orleans has also seen explosive growth in residential development in the past fifteen years. Until recently almost all of the development was condo, but three luxury apartment towers have sprouted in the past half dozen years: the Habitat Company’s Kingsbury Plaza, Parc Huron and Habitat’s soon-to-open Hubbard Place, which is to the right of the railway bridge’s massive concrete counterweight in the photo.

The Fulton River District and River North both have a strikingly eclectic, visually rich mix of old and new buildings, a wide variety of commercial and residential uses, and excellent access to public transit and the city’s expressway grid. If you’re relocating to the city or within it, they’re arguably must-see neighborhoods. 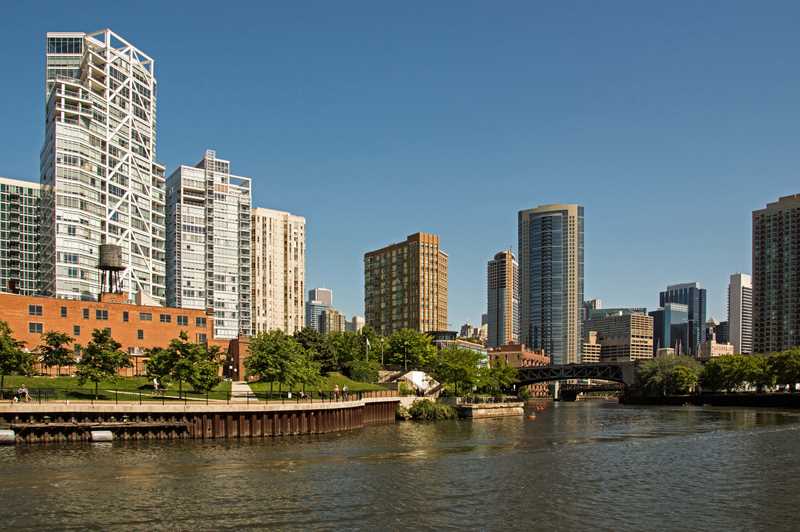 Note: Echelon, Kingsbury Plaza and K2 are sponsors of this site.