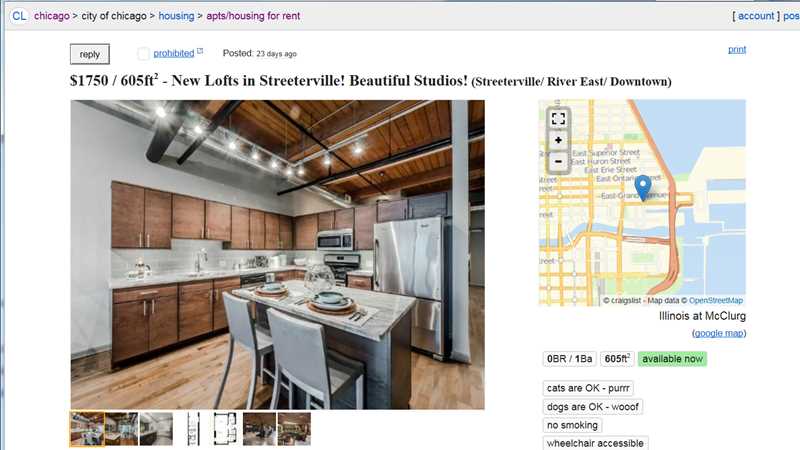 Chicagoland Property Group (“CPG”) retains its long-standing rank as Craigslist’s worst apartment ad spammer. As of yesterday the firm had more than 6,000 apartment ads on Craigslist for a very limited number of buildings. You’ll find virtually all of those buildings, and a lot more, on YoChicago’s at-a-glance lists.

CPG routinely posts multiple ads in violation of Craigslist’s terms of service. A number of CPG’s ads, including the one above, contain images to which YoChicago owns the copyrights. We have not authorized CPG to use our images.

Clicking this link will take you to a Craigslist apartment search that excludes all ads from CPG. It makes no sense to contact a company that devotes so much sustained effort to breaking rules and wasting your time.

Added: On Sunday morning, September 13, CPG quickly deleted two ads with YoChicago copyrighted images from Craigslist, and removed YoChicago images from half a dozen other ads. I’ve put CPG on notice that any further copyright violations will be considered willful.

It’s also worth noting that CPG is running Craigslist ads for properties which have not, as Illinois law requires, given CPG written authorization to advertise. It makes no sense to contact a company that breaks the law to contact you.