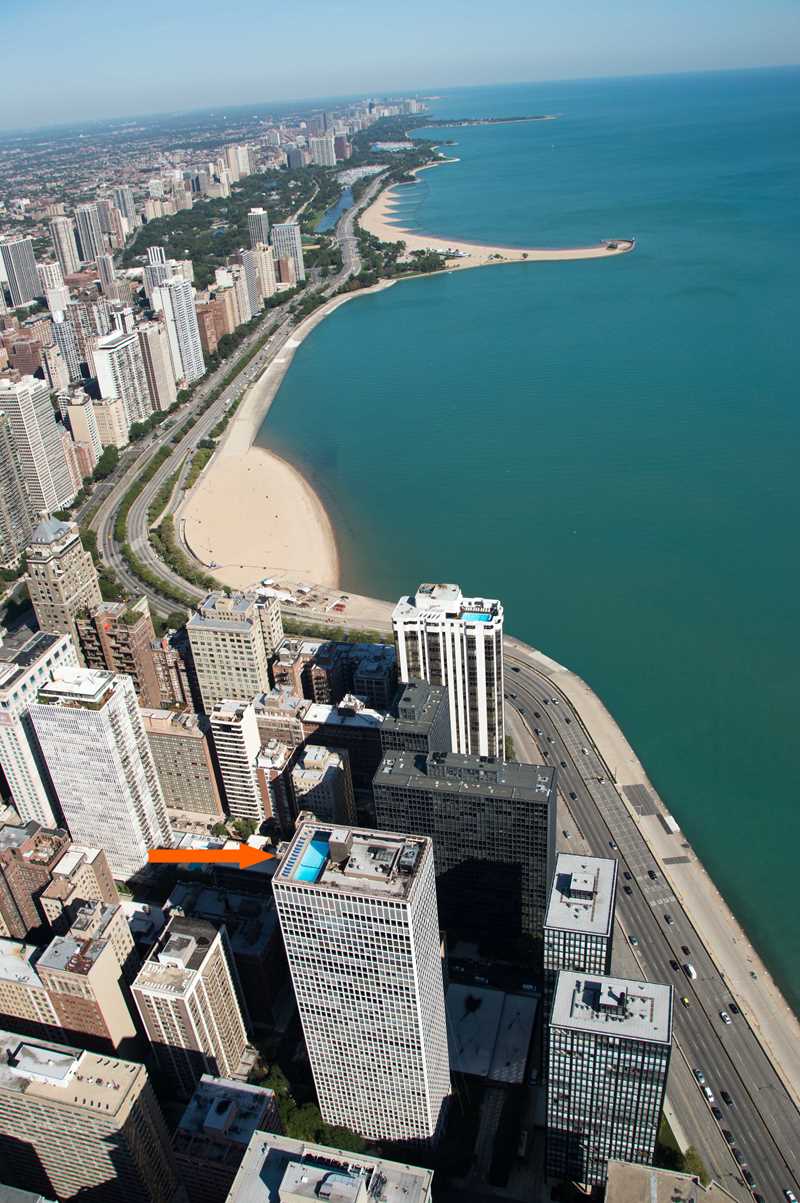 The first, second and third-highest outdoor pools in the city are at the ParkShore Condominium, Eugenie Terrace apartments and 777 N Michigan Ave condo, respectively.

The fourth-highest outdoor pool in the city is in Streeterville at The Plaza on DeWitt, 260 E Chestnut. This 46-story, 407-unit tower was built as apartments in 1965 and converted to condos ten years later.

The Emporis database has the building’s height as 395 feet, just 5 feet shy of 777 N Michigan Ave.

We should note that we don’t know the exact height of the rooftop pools at these buildings, so we’re ranking them based on the building height.

I’ll be posting the fifth-highest outdoor pool soon, and welcome your speculation about it in the interim.

Check in at our aerial album at Flickr to see the ever-growing number of images shot on a recent helicopter jaunt along Chicago’s lakefront.