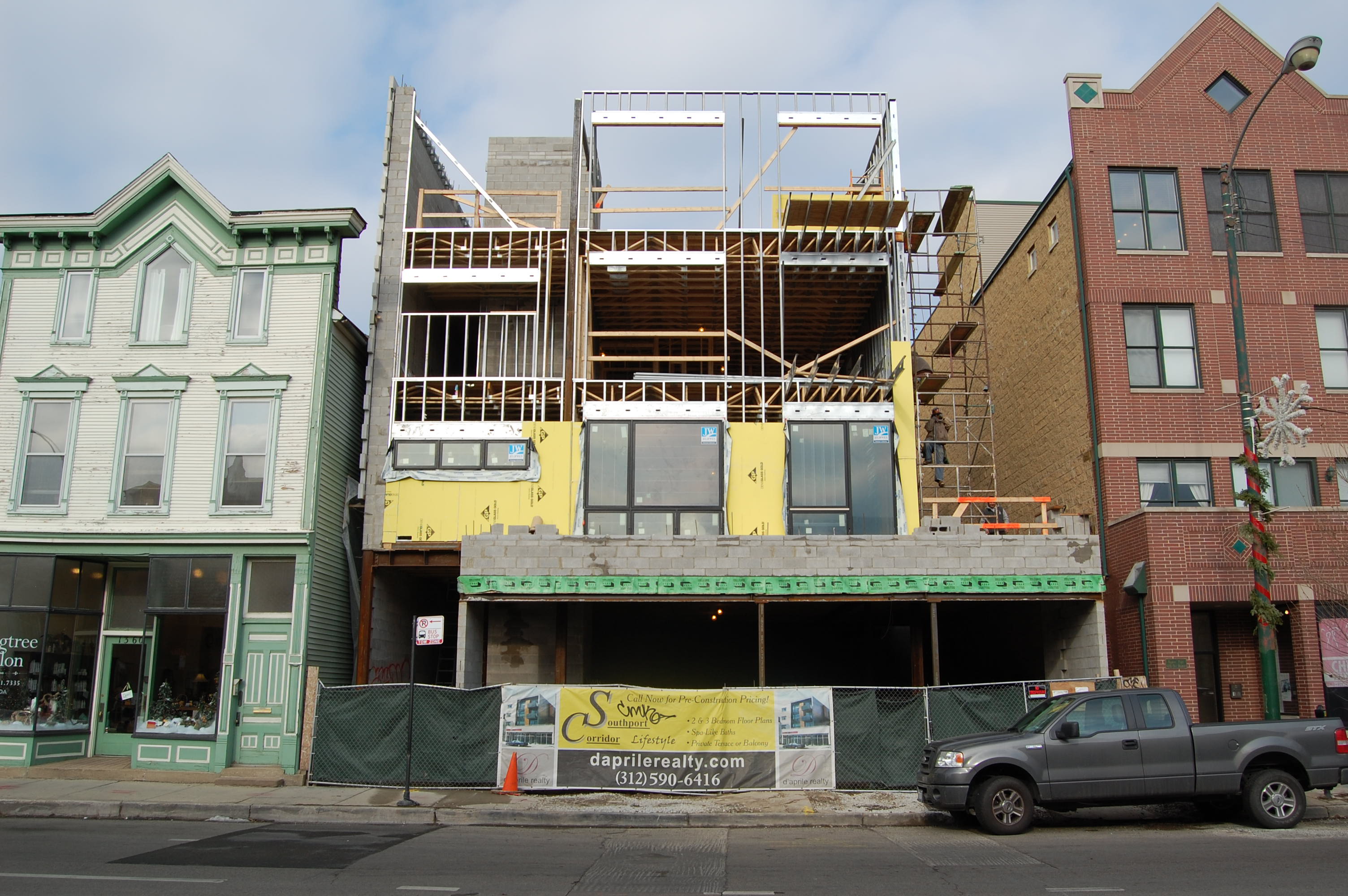 While I was scouting some developments in Lake View yesterday, I found myself at the intersection of Southport and Belmont avenues (an intersection music lovers should recognize as the location of Schubas Tavern), just a few doors down from the construction site of El Pacifico at 1358 W Belmont Ave. 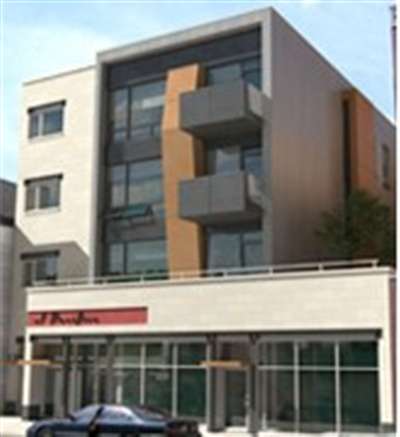 The construction workers seem like a pretty lively bunch, as the guys seen on the scaffolding in the above photo were shouting things that I couldn’t understand at me as I was taking photos. From the looks of things, they’ve made some pretty big strides since my last El Pacifico post in October. A full frame of the building is up, and they’re even starting to install windows on the lower levels.

I don’t have an estimated completion time for this six-unit development, because I still haven’t been able to reach the folks at D’Aprile Realty for comment. The D’Aprile Web site promises “cutting edge kitchens,” and it says the building will have six 1,162 to 1,500 square-foot two- and three-bedroom condos that are priced starting in the $450s.