A guide to moving to Wilmette

YoChicago's guide to Wilmette contains an overview, video, lists and links to schools, recreation, shopping, neighborhoods and all you'd want to consider if you're looking to call Wilmette home. 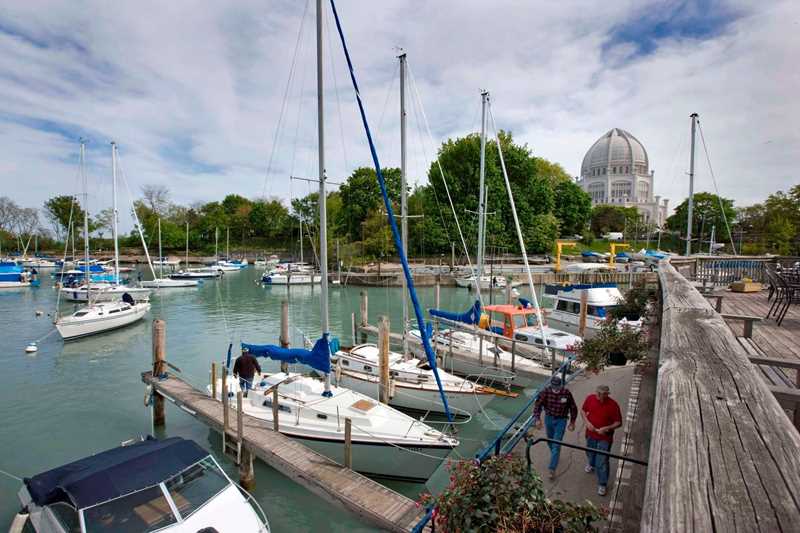 The Village of Wilmette (population just over 27,000) is approximately 14 miles north of downtown Chicago. It’s bordered on the south by Evanston and Skokie, on the west by Glenview, and on the north by Kenilworth and Winnetka.

Who lives in Wilmette?

Wilmette’s minority population, with the exception of Asians, is not sizable. African-Americans are less than 1% of the population, Hispanics / Latinos about 2%, and Asians about 9%. In West Wilmette, west of Locust and Skokie, Asians comprise nearly 25% of the population. Over 15% of Wilmette’s population is foreign born, including a notable recent influx of eastern Europeans.

The relative absence of minorities is not a reflection of bias or discrimination. Wilmette today is a socially liberal, welcoming community. It’s not even, most would agree, a very status-conscious community relative to some of its North Shore neighbors.

Educational levels are uniformly high, with nearly 40% of over-25 adults having earned a college degree, and a similar percentage having achieved a graduate degree.

Wilmette is a place that values children and education very highly, and many of its families have moved here specifically to take advantage of the excellent public and private schools

Wilmette has a rich array of public amenities, including an outstanding park system, beautiful public beaches, and an excellent public library. It has experienced, highly professional police and fire departments, and a variety of other public services. The village has a long tradition of citizen involvement in public life and boasts a wide range of charitable and civic organizations and clubs.

A comprehensive set of links to community organizations and information can be found at the Wilmette Public Library’s Wilmette & Kenilworth Community Information page.

Wilmette has the only harbor on the North Shore. Forest preserves, the Chicago Botanical Gardens, the Skokie Lagoons, bike paths and other recreational resources are plentiful. Youth sports, including Little League and soccer, are very popular in Wilmette. New Trier High School has long been known for its many state championship sports teams.

There are, of course, a number of public and private golf courses within and near the village.

The Edens Expressway (I-94) is near the western border of Wilmette. The Lake Ave and Old Orchard interchanges are a few minutes drive from any part of Wilmette. 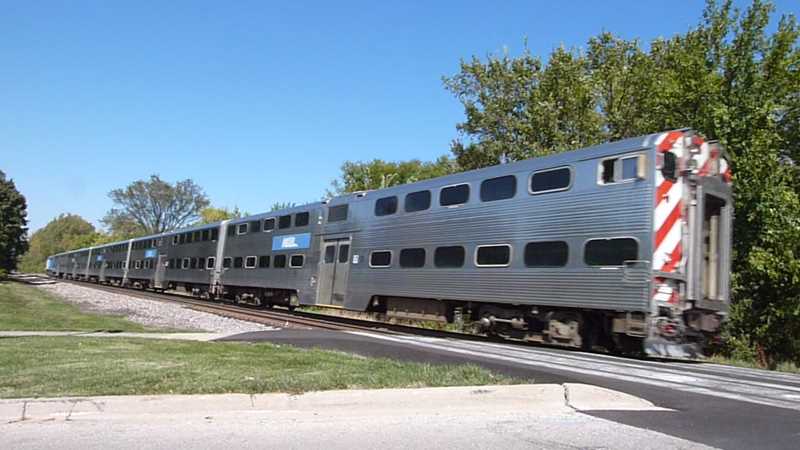 CTA Purple Line L stop at 4th and Linden, and a stop on the Metra Union Pacific North Line at Central and Green Bay in downtown Wilmette. Pace bus routes provide access to most of the village. Taxi service is available from 303 Taxi, American Taxi, and Norshore Cab.

Travel time to O’Hare Airport is approximately 30 minutes by car, taxi or limo.

The nightlife write-up is easy: there isn’t any to speak of in Wilmette. There are limited options in neighboring towns and an abundance in Chicago.

Be warned: if you stop at Meier’s Tavern just across the border in Glenview – the Wilmette police hang out on Lake Ave, watch cars pull out of Meier’s parking lot and trawl for DUI arrests.

Dining options are also limited, but seem to be sufficient to satisfy residents in a place that’s very family-centric.

Wilmette has excellent food shopping options compared to its lakefront neighbors to the north. Three are two Jewel-Osco grocery stores, a Dominick’s just across the Evanston border, a Fresh Market, a Treasure Island and several convenience stores. From May through October downtown Wilmette is home to the French Market, one of the best farmer’s markets on the North Shore. 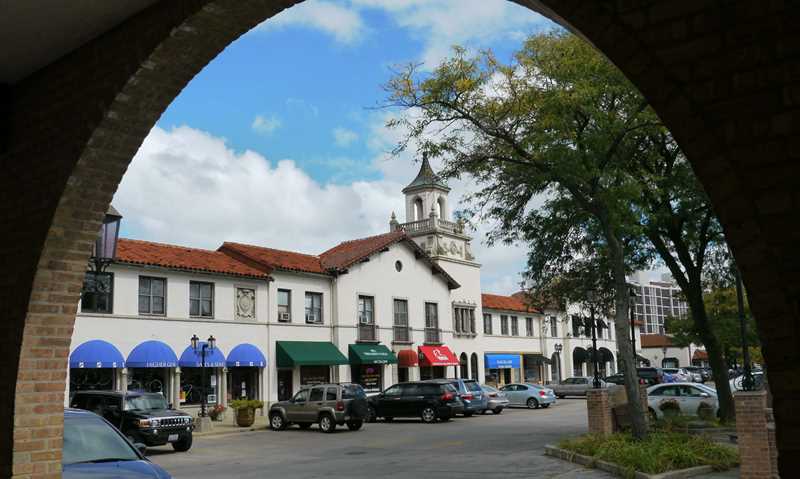 Downtown Wilmette offers a small selection of local shops and service providers, but a plethora of shopping centers and big-box stores are located in neighboring suburbs.
The historic Plaza del Lago is on Sheridan Road in East Wilmette and is anchored by a Crate and Barrel.

Edens Plaza, on Lake Ave near the Edens Expressway, is a small regional center anchored by Carson Pirie Scott, Bed, Bath & Beyond, Border’s Books, and Fresh Market. A smaller shopping center is across Lake Ave to the south.

Westfield Old Orchard shopping center, just south of the Wilmette border in Skokie, has over 170 shops ranging from Bloomingdale’s, Nordstrom’s, and Macy’s to upscale boutiques and the North Shore teenager’s must-have haunt, a Tiffany store.

Wilmette has a variety of churches and temples, many of them housed in architecturally significant buildings inter-mixed with residences. It’s also home to the famed Baha’i House of Worship, which draws visitors from around the world. 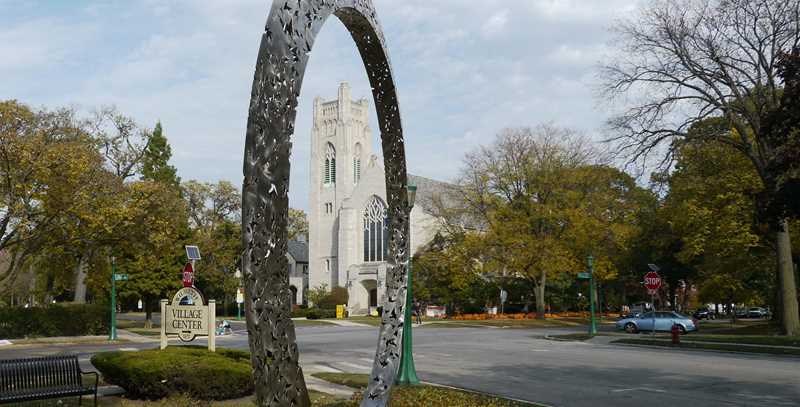 For current market information, see the Wilmette Snapshot at Trulia or Redfin.
Although Wilmette’s housing stock is predominantly owner-occupied detached single-family homes, rentals (both single-family and condos) are readily available. There are also numerous small condominium and townhome developments in scattered pockets throughout the village.

The character of the housing stock varies widely by neighborhood, reflecting the different periods during which various parts of Wilmette were developed.
At the higher end of the market ($3M and up), Wilmette has a very limited selection of homes. You’ll need to head further north to Winnetka, Kenilworth and Glencoe if you’re truly mansion-minded.

Wilmette is a mature community which has almost no vacant land available. New construction, as a result, consists mainly of single-family teardowns and the very occasional infill low-rise condo development. The entry-level tab for new construction is about $1.2 million in West Wilmette, and nearly $2 million east of the Metra tracks in East Wilmette.

Wilmette has a number of neighborhoods that have a distinctive character and housing styles. 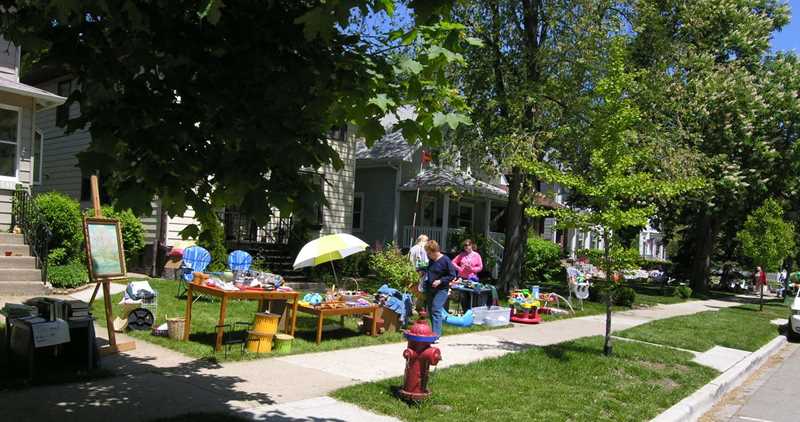 East Wilmette is bordered on the west by Green Bay Rd and t5he Metra tracks, on the east by Lake Michigan and on the north by Kenilworth.

Chestnut Ave, Ashland Ave, Greenwood Ave and Elmwood Ave, east of Green Bay Rd to the lake. The CAGE is an area of beautiful old homes on larger lots. It has brick streets and towering trees, and is one of the more desirable and expensive parts of Wilmette.

A small subdivision of 50s and 60s homes, many built by Hemphill, just west of Wilmette’s public golf course, north of Lake Ave at the far northwestern edge of Wilmette.

This 120+ acre subdivision is unusual for Wilmette and for the 1920s, when it was designed by architect Philip Maher. Streets are winding, unlike the rectangular grid that prevails in most of Wilmette, and the homes have broad setbacks and underground utilities. Also atypical of Wilmette at the time were the attached garages. A number of prominent local architects designed homes in Indian Hill Estates, where prices generally range upwards of $1M. The area is roughly bounded by Lake Ave on the south, Illinois Rd on the east and north, and Hibbard Rd on the west. You can recognize it from the stone markers on the north side of Lake Ave.

Also known as Plaza del Lago. The area consists of a strip of mid-rise condos and co-ops north of Langdon Park along Sheridan Rd, and the Plaza del Lago shopping center. It was formerly unincorporated, thus its name.

This is an area that’s popular with young families, in part due to the relative quality, homogeneity and affordability of its housing stock, most priced in the mid-$600s to $1.2M range. Harper School, Thornwood Park and the proximity to the Edens Expressway are additional draws. The area is generally bounded on the south by Elmwood Ave, on the north by the Indian Hill Club, on the east by Ridge Rd and on the west by Illinois Rd.

A small group of Arts and Crafts bungalows and homes just south of Wilmette Ave. The area is on the National Register of Historic Places. Take a video tour at YouTube.

The area along and east of Sheridan Rd is often thought of as a separate neighborhood. The homes are generally large, dating back nearly a century, and have fabulous walking access to Gillson Park and beach and the Wilmette harbor. Homes on the east side of Michigan Ave, and on the east side of Sheridan south of the harbor have private beaches.

Boundary definitions differ, but the prevailing opinion is that West Wilmette has Locust Rd south of Lake Ave, and the Edens Expressway north of Lake Ave, as its eastern border. Much of the housing stock is priced under $500,000 and consists of single-story ranch homes and split-levels built in the 50s and 60s. West Wilmette has also seen quite a few teardowns and new construction homes in the $1M and up range.

The Encyclopedia of Chicago provides a brief overview of Wilmette’s history, and much more information can be found at the Wilmette Historical Museum.