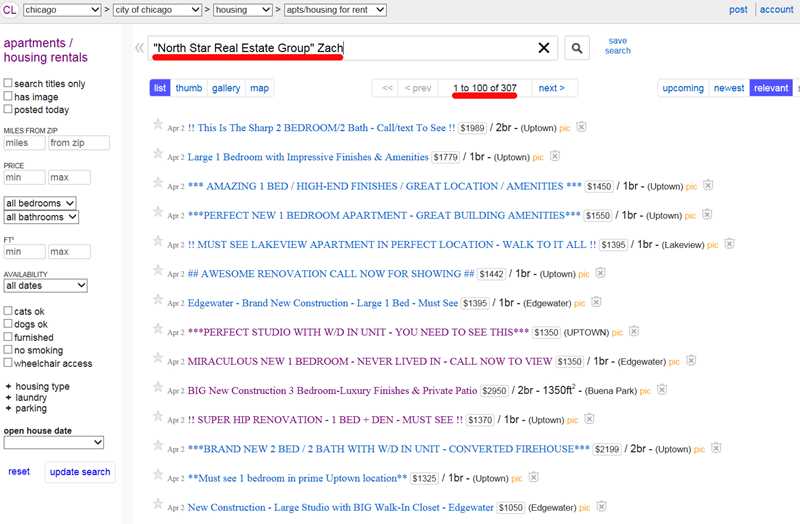 In a previous post we noted that we consider North Star Real Estate Group’s Zach Gotkin an abusive liar.

Gotkin had 1,602 abusively repetitive ads at Craigslist when we first began alerting management companies about his ads. Four days later that number had dwindled to 1,257. As of this morning his ad count was down to 307. That’s a lot less poison, but it’s still a lot of poison.

Our previous post focused on Gotkin’s lies about location. Some renters might consider that sort of bait-and-switch fairly harmless when they’re receiving a “free” service. 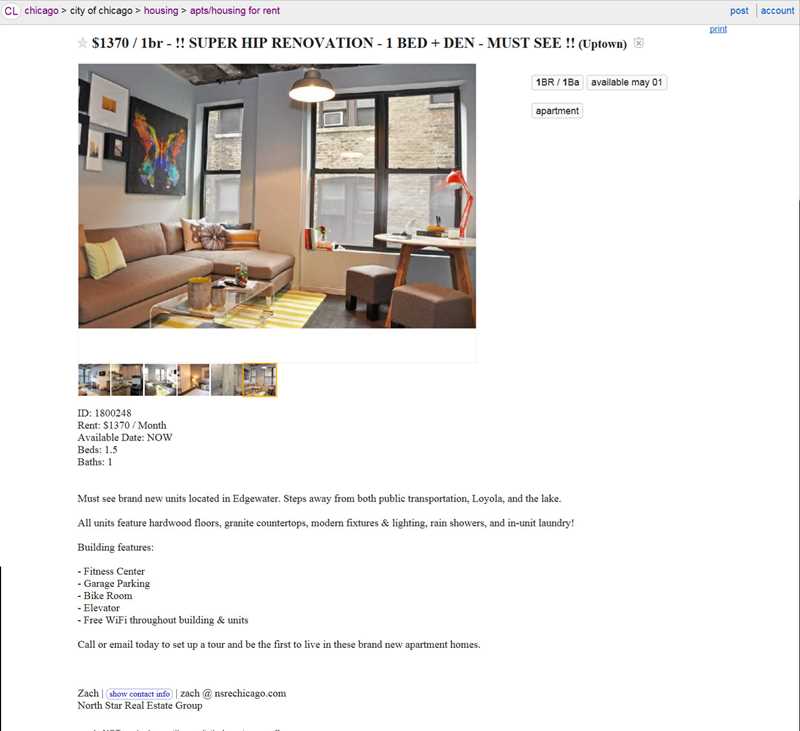 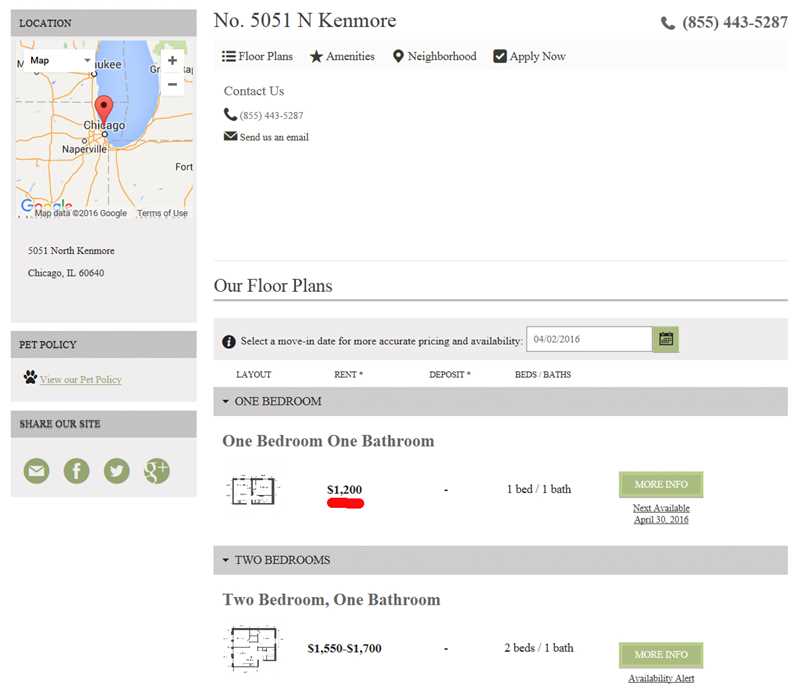 We compared the rents at two of the properties Gotkin is advertising with the rents quoted in his ads. Any renter who pays the Gotkin-advertised rents is being ripped off, since those rents are higher than the ones actually available at the properties.

Charging renters a higher rent when they work with a broker is a common practice in a number of Chicago neighborhoods. It’s not a practice that honest brokers or honest management companies will engage in without clear disclosures, but Gotkin is not an honest broker. The properties we checked are managed by Flats Chicago – not, in our opinion, an honest management company.

We’ll send Zach Gotkin a link to this post and invite him to respond in a comment.

We’ve previously written about Michael Longo, a scofflaw leasing agent at North Star Real Estate Group you’ll want to avoid. Longo had 1,373 Craigslist ads at the time of our post and had 158 as of a few minutes ago. Michael Richman, another spammer in the firm, had 910 ads 10 days ago and currently has 33. North Star spammer Sara Mock has reduced her Craigslist ad count from 251 to 53.

North Star Real Estate Group’s Craigslist ad count has declined by more than 85% since we began writing about the firm. Again, a lot less poison, but still a lot of poison.

To avoid seeing any Craigslist apartment ads from this company, type the following into the search box: – “North Star Real Estate Group”.