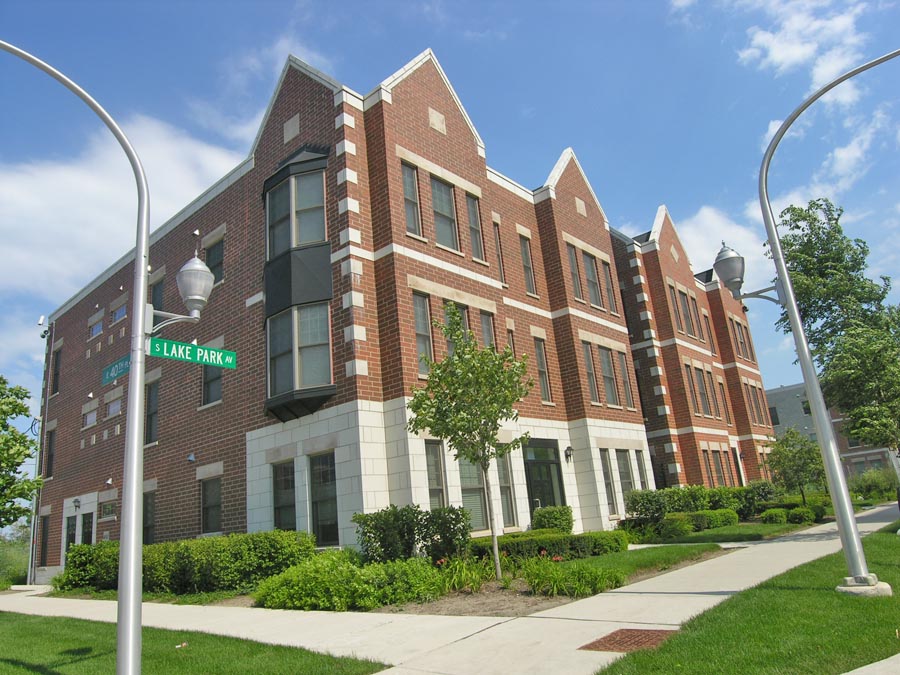 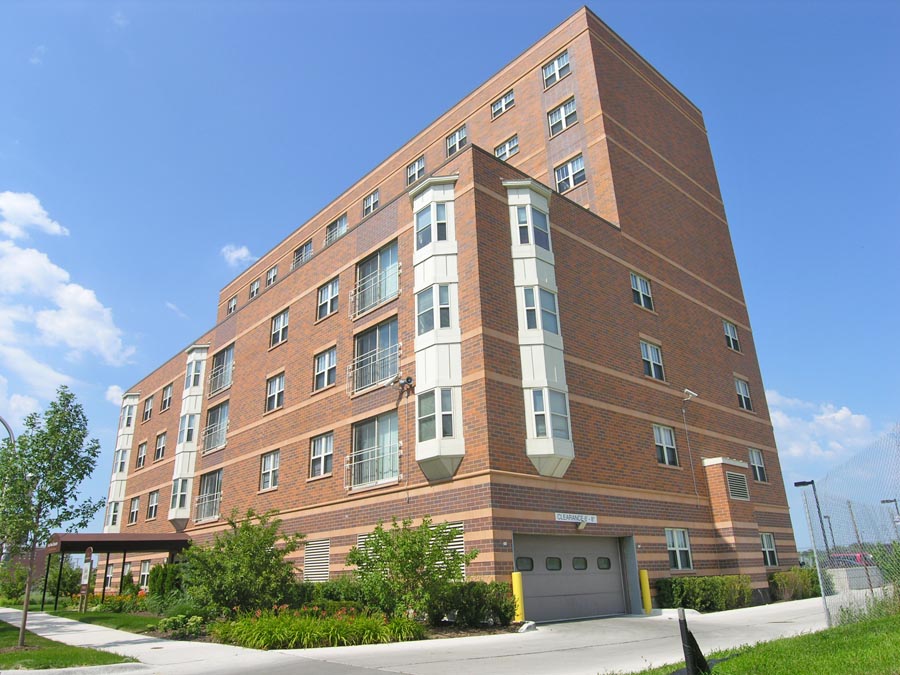 Take a drive around the 4000 block of South Lake Park Ave in North Kenwood – Oakland and you’ll see plenty of signs for Lake Park Crescent, a sprawling mixed-income development on land formerly filled with CHA public housing. By 2008, the Draper and Kramer development plans to have a total of 480 rental and for-sale housing units on the site, according to Draper and Kramer sales agent and Realtor James Dean. There are already several condo buildings (pictured above left) with one- to three-bedroom units priced from the $190s and a large rental building (above right).
Future plans call for the construction of a 17-story high-rise and another eight-story structure. Dean said about 20 percent of units will be designated affordable housing. Plans also call for a 2.8-acre park that includes a children’s play area, and the City plans to build an “architecturally significant” pedestrian bridge connecting the Crescent park to Burnham Park.