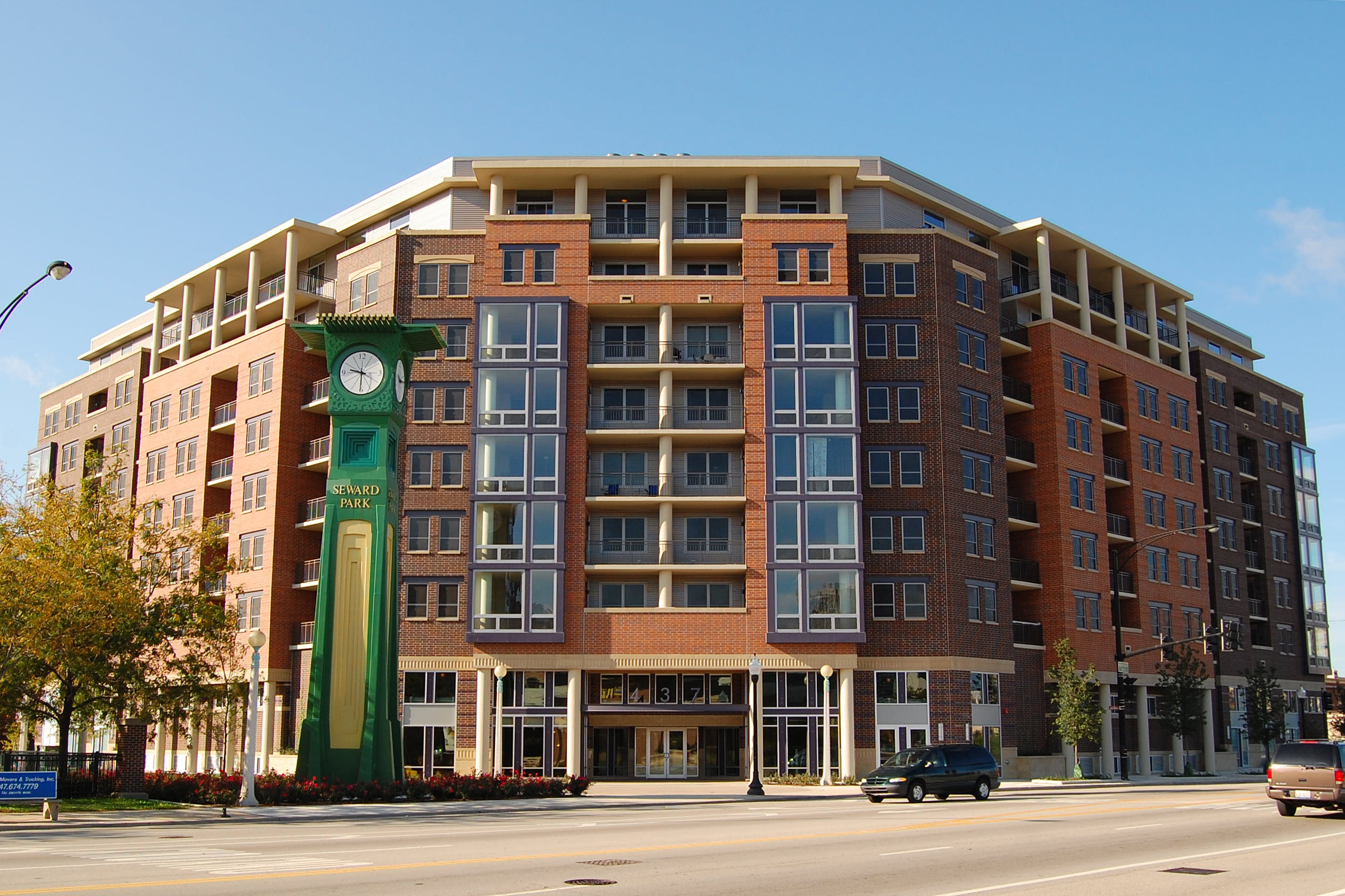 Construction has all but wrapped on the first phase of Parkside of Old Town, the mixed-income development located along the south side of Division Street between Orleans and Larrabee streets on the Near North Side. Most of the homes in Parkside’s two condo mid-rises, The Hudson and The Cambridge, are finished and ready for occupancy, as are all but a few of the two- and three-bedroom townhouses. Buyers occupy homes of both types, as do renters in Parkside’s two apartment mid-rises, The Cleveland and The Elm.

Like a lot of mixed-income projects around the city, Parkside is stuck in a limbo between Phase I and Phase II: Work has finished on the former, but the development hasn’t seen enough sales to justify moving forward with the latter. That’s one of the reasons why the development’s sales director, Catherine Hughey, places such a great emphasis on Parkside’s participation with the Find Your Place in Chicago program, sponsored by the city of Chicago and the Partnership for New Communities.

One-bedrooms in The Hudson and The Cambridge start in the $250s, two-bedrooms start in the $350s, and two-bedroom duplexes – which Hughey describes as “similar to a townhome” in layout – start in the $470s. The three- and four-bedroom townhouses range from the $520s to the $630s.

Through the partnership program, buyers can receive a $10,000 grant to put toward any home priced at $450,000 or less. Only 100 buyers will receive the grant, so the fact that this incentive has been advertised for months tells you how hard it’s been to sell homes at the city’s large mixed-income developments as of late. Nevertheless, at least one buyer has used the grant money to make a down payment on a condo at Parkside.

Government employees like police officers and teachers can receive a $7,500 employer-assisted credit toward a home, Hughey says, so a lot of Parkside’s recent marketing efforts have been directed toward those organizations and workers. Under a different incentive, condo and townhouse buyers will get $5,000 or $10,000 Master Card gift cards, respectively, although Hughey says that incentive is set to end after Feb. 3.

Buyers can also qualify for the city’s TaxSmart program, which gives buyers a federal tax credit equal to 20 percent of the interest they pay on their mortgages each year.

Although another round of new condos and townhouses may not be in the works for a while, Parkside’s developers do hope to break ground on another rental mid-rise this year, Hughey says. One of Parkside’s developers, Kimball Hill Urban Centers, filed for bankruptcy in 2008, but Hughey says that co-developer Holsten Real Estate Development will continue to oversee the project’s future phases.