Percentage of home sales for cash continues to fall 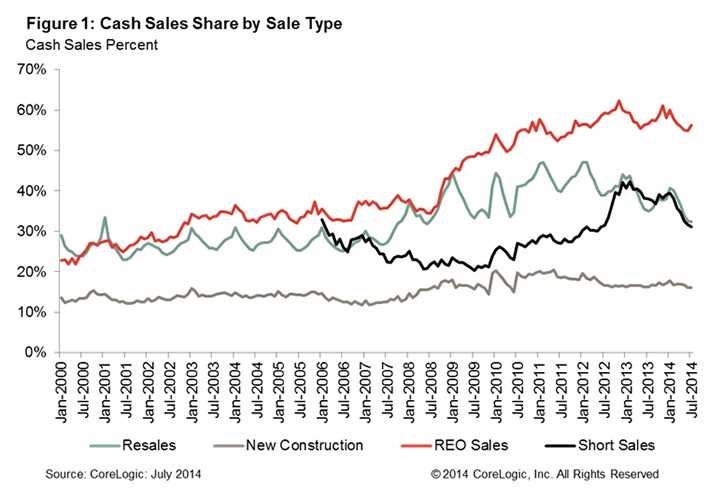 Figure 1 shows the historical trend in the cash sales share by sale type. Real estate owned (REO) sales had the largest cash sales share in July 2014 at 56.3 percent, followed by re-sales (32.4 percent), short sales (31.1 percent) and newly constructed homes (16 percent). While the percentage of REO sales that were cash transactions remained high, REO transactions made up only 7.1 percent of total sales in July and, therefore, did not have a large influence on the overall cash sales share.In January 2011, when the cash sales share was at its peak, REO sales made up 23.9 percent of total sales.A trend to watch is the cash share of re-sales, which has fallen almost 15 percentage points from its peak cash share of 47.1 percent in February 2011. This category will determine the direction of cash sales going forward, since re-sales make up the largest share at 81 percent of all sales. 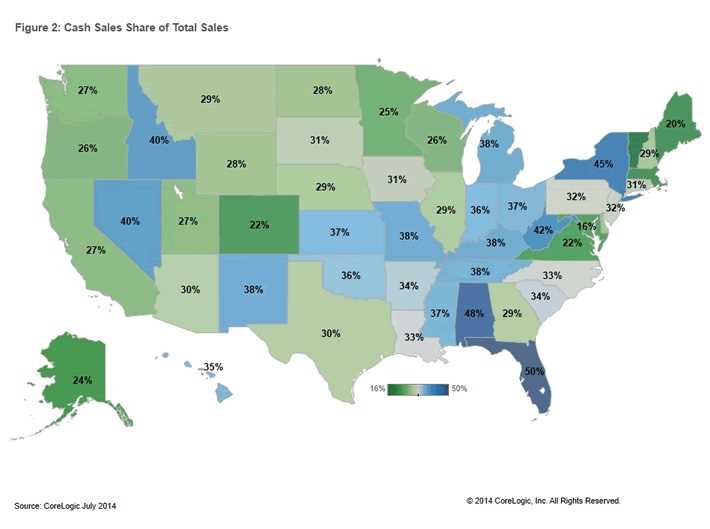