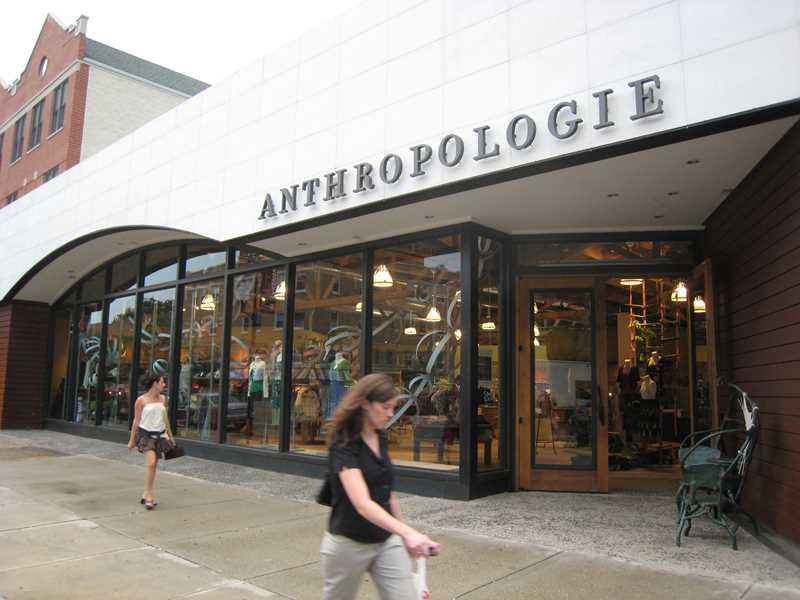 The showdown between residents of the Dakota condominium building and Circuits Nightclub has become something of a touchstone in Lake View, often surfacing in discussions about neighborhood development.

In early 2002, shortly after residents moved into the Dakota, 3631 N. Halsted St., some of them began complaining about the noise at Circuits, one door north. The dispute escalated to the point that Dakota residents Evelyn and Tom DiLisio launched an initiative to ban the sale of alcohol in Circuits’ precinct. That would have effectively shut down the club, and with it, part of the Lake View neighborhood’s party-centric Boystown strip.

The initiative lacked enough signatures to get on the ballot in the Nov. 2, 2004 election, and these days, the furor about the noise has subsided (not least because Circuits is closed for renovations, according to Mike Hines, a Dakota resident). Circuits supporters chalked it up as a victory over the growing mass of high-end condos that has sprung up along the neighborhood’s main arteries – condos whose owners hope to enjoy their pricey new homes without thudding music, shouting revelers or other urban noise. But if Lake View’s vibrant, eclectic commercial environment won that battle, it’s struggling to prevail in a larger war. 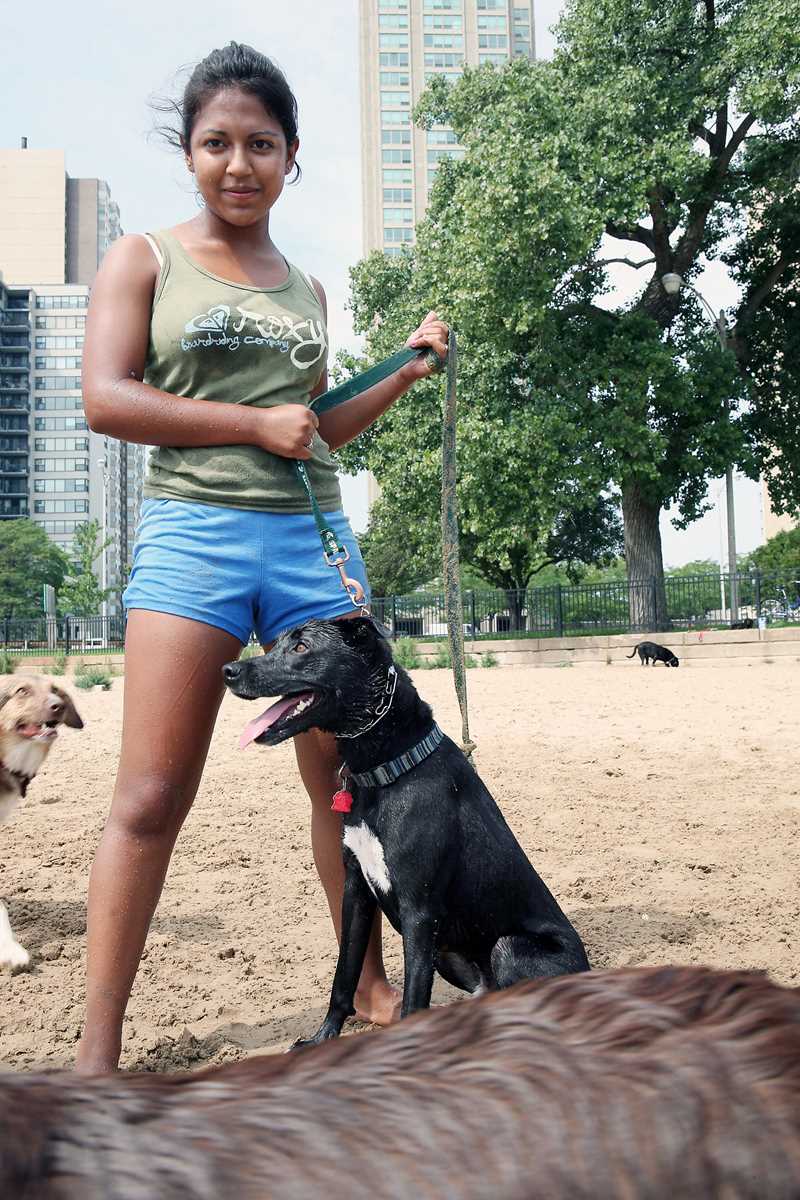 Real estate prices have risen steadily in Lake View, one of the city’s most prosperous communities. That makes it harder for small or family-owned businesses to compete with the upscale franchises better equipped to foot the rising real estate prices and heavy tax burden. In this environment, it makes increasing economic sense to build mixed-use developments with retail on the ground floor. These projects tend to seek more affluent tenants and eschew restaurants, clubs or other businesses that might disturb homeowners above.

Depending on whom you ask, that’s a good thing, part of a wave of neighborhood prosperity. Others argue it’s gradually, incrementally leaching Lake View’s retail of its character and diversity.

Lake View’s retail environment is sprawling and diverse. The neighborhood extends roughly from the lake on the east to Western Avenue on the west, and from Irving Park Road on the north to Diversey Avenue on the south. Its commercial districts vary widely, from the row of high-rises along the lakefront to the strip of gay clubs along Halsted, and from the frat-friendly bars around Wrigley Field to the hip boutiques along Southport, among other pockets.

But driving Lake View’s main retail corridors reveals a common theme – the retail on the ground floors of new condo buildings tends towards the sedate and practical, businesses with the cash to foot high commercial rents, and that are unlikely to bother residents after working hours. On the 3500 block of North Ashland Avenue: Chicago Cartridge World, Salon Diva, Northside Chiropractic. On the 3700 block of North Racine Avenue, within spitting distance of Wrigleyville’s bars and nightlife: H.A. Langer & Associates, an apartment management company, and Salon Slice. On the ground floor of the Dakota: The Drake Group, the real estate developer that created the building. 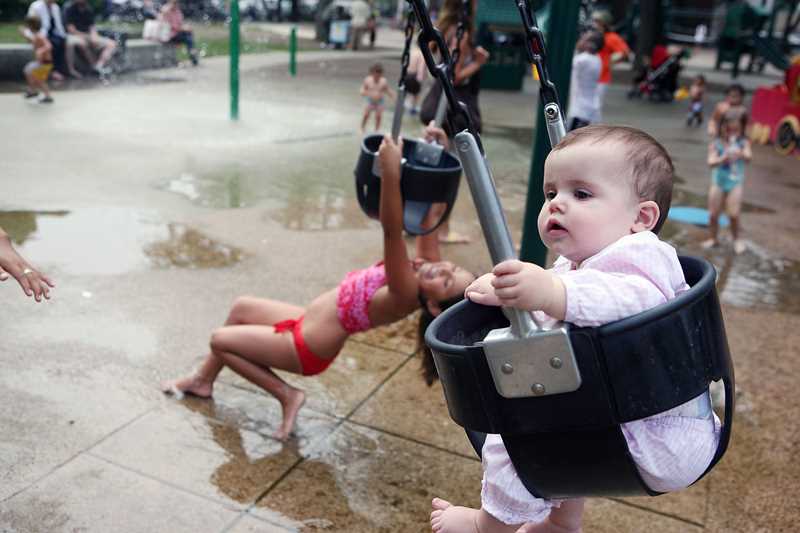 This same principle is at work at a new development, Halsted Row, 2847 N. Halsted St., which is transforming sizable stretch of Halsted with five four-story buildings, housing a total of 44 condos and nine retail spaces. The project replaces a stretch of storefronts, including a pleasantly divey bar called Orange Crush and ComedySportz theater.

The developers, Castlebar Enterprises, Inc. and Stillpoint Development, will own and manage the retail spaces, according to David Salyers, of Chicago Graystone Realty, LLC, Castlebar’s brokerage arm. “We’re not putting clubs or restaurants in the commercial spaces,” he says. “I would love to see the doors shut at 6 or 7 o’clock, and everybody goes home and comes back the next day.” 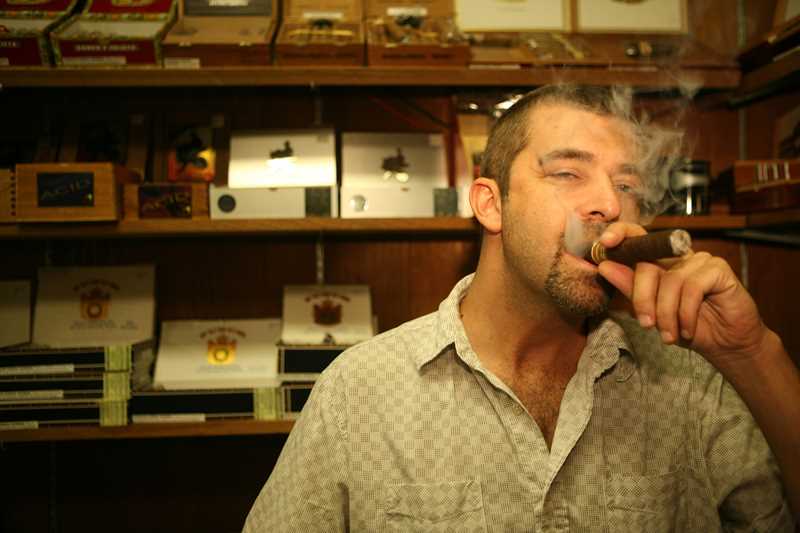 The first business to move into one of the ground floor retail spaces at 2847 N. Halsted: GolfTEC, a franchise golf instruction business.

It’s the kind of development some Lake View residents hope to prevent. At a July meeting of Triangle Neighbors, a residents’ group, President Jim Ludwig decried the encroachment of condo developments on major business corridors. “When you have owners above commercial districts versus renters, you have high expectations for peace and quiet and less traffic expectations,” says Ludwig, who also owns Roscoe’s Tavern, a Boystown standby for two decades. “If you lose your commercial district, you’ll kill your neighborhood.”

More and more homeowners are living in Lake View these days. York Chan, president of South East Lake View Neighbors, has lived in Lake View for all of his 39 years. Wealthier pockets always existed by the lake, but more well-to-do residents have settled throughout the neighborhood during the last 10 to 15 years, abetted by the condo boom.

“That’s the most dramatic change,” he says. “Even in the ’70s, it was fairly stable, maybe a little more crime, but just a more middle-class, rental-oriented type neighborhood.” 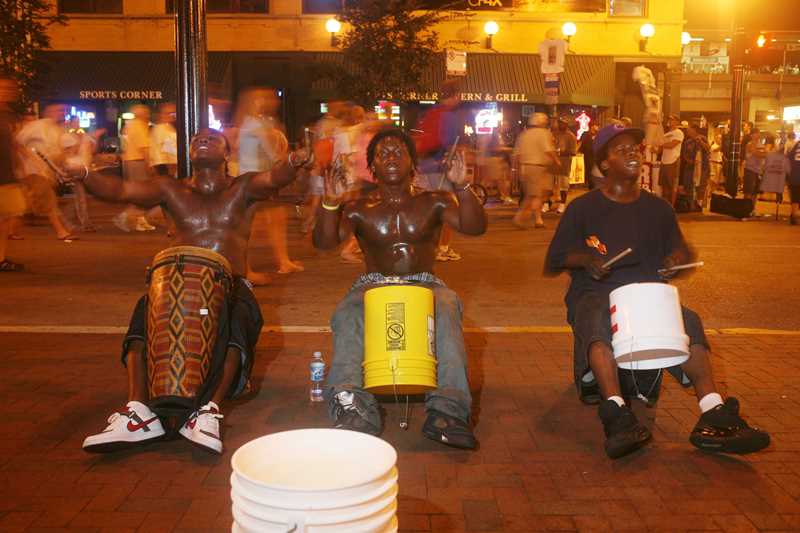 “It’s a maturing neighborhood,” says Ald. Tom Tunney (44th) whose ward encompasses much of Lake View. He compares the community to its prosperous, well-established southern neighbor. “Anything that’s happening in Lincoln Park is five years away in Lake View.”

Demand for condos has pushed residential development from side streets to main thoroughfares, he says. “People never thought they would live on Belmont, or thought they would live on Halsted Street,” he says. “And now when the residential streets become fully developed to their full zoning potential, and still there’s a demand for people to live close to the lake, close to the entertainment, close to Wrigley Field, they are now utilizing the mixed-use zoning that these [commercial] streets always had but no one ever wanted.”

This in turn has driven up commercial rents – a challenge particularly acute along Belmont Avenue. “The unique art gallery, or antique gallery or whatever, they can’t afford to do a startup with commercial around there,” Tunney says. 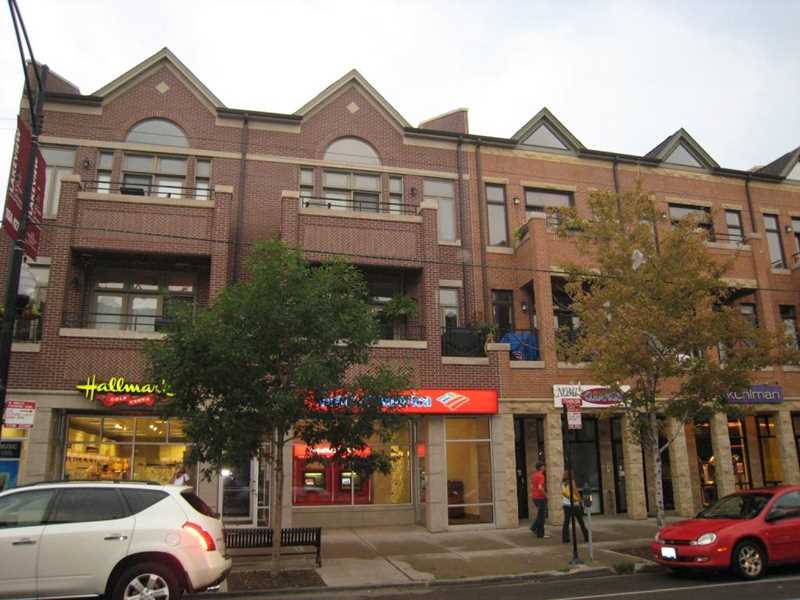 Franchises with deep pockets are filling the gap. The 900 block of West Belmont, which Tunney describes as having “that funky, Greenwich Village concept,” will soon be home to Jamba Juice and a Potbelly Sandwich Works, coming to the ground floor of a new rental building at 918 W. Belmont Ave. Potbelly will serve Starbucks coffee, according to David LaBunski, of Wilmont Development, LLC, the developer.

Lake View’s growing crop of young, affluent residents is a solid market for the new franchises, in LaBunski’s view. “Walgreens, Starbucks, Jamba Juice, Potbelly, FedEx – that’s what the neighborhood wants,” he says. “That 900 block of Belmont has been kind of dilapidated. They hadn’t been able to bring any national tenants in.” 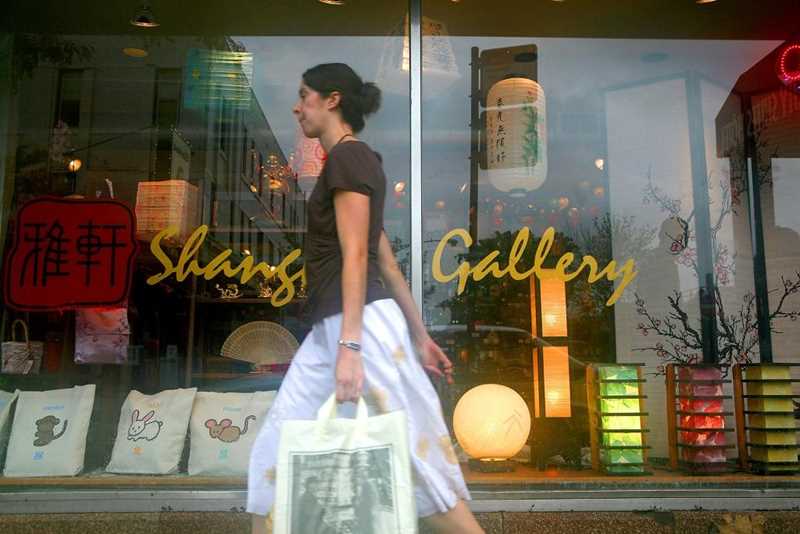 But Lake View’s counterculture vibe is far from dead. Its theater scene is thriving – besides ComedySportz, Lake View is home to IO Theater, The Playground, Stage Left Theatre, Theatre Building Chicago and Bailiwick Repertory Theatre. And offbeat retail holdouts haven’t left Belmont: you can still shop for vintage duds at Belmont Army (moving to a striking new building with an undulating façade), all things leather and rebellious at The Alley and bondage gear at Tabou Taboo. Larissa Tyler, executive director of Central Lake View Merchants Association, says kids with punk haircuts still hang out in the parking lot of Dunkin Donuts, at the northwest corner of Clark and Belmont. 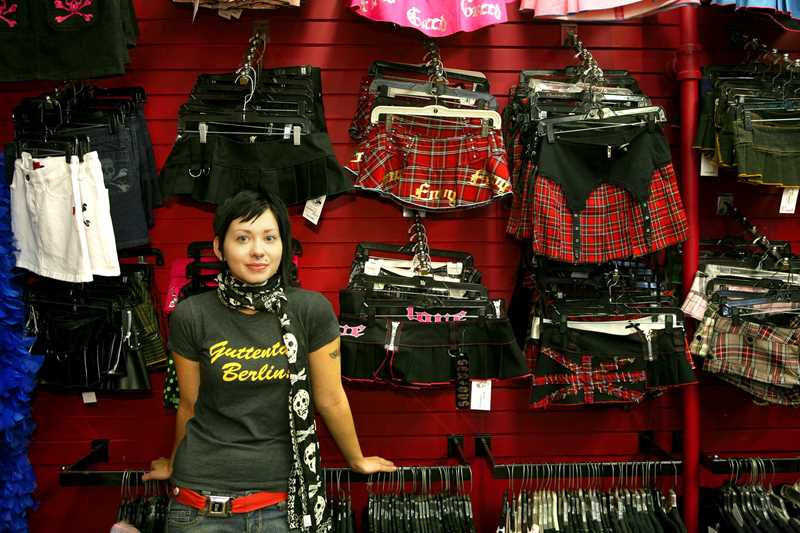 Still, she says, the trend is clear. “As the community becomes more and more affluent, what’s here is different than what they’re looking for. You see a shift from a unique little coffee shop to a Starbucks. That’s good and bad, but it’s difficult to watch.”

She laments the passing of small neighborhood gems such as Alise’s Shoes and Foot Spa, once at 911 W. School St., which moved to Hyde Park, or “Eclecticity,” which moved away from 3162 N. Clark St. “They had strange, quirky, cute items that appealed to the residents who were once here,” she says. “Now a Pier One might be more appealing.” 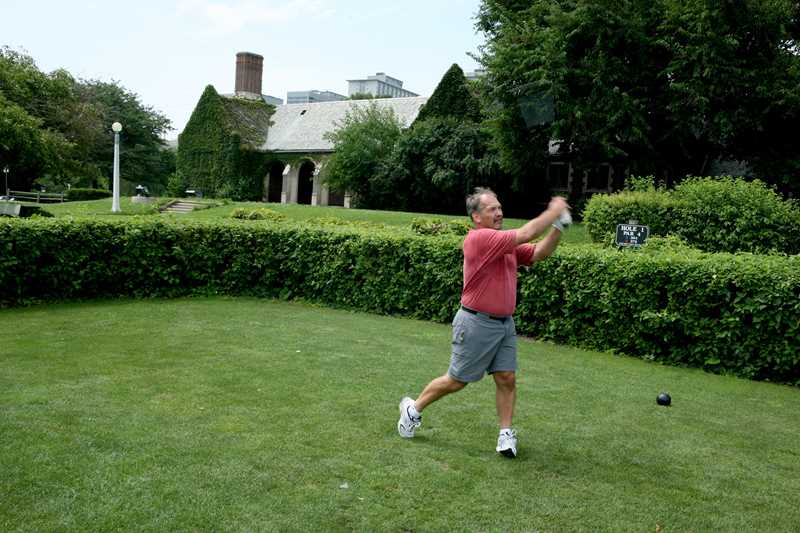 Given these pressures, actively recruiting diverse, eclectic businesses is more important than ever, according to Maureen Martino, executive director of the Lakeview East Chamber of Commerce. She points out small businesses that are succeeding in her district, such as the family-owned Stella’s Diner, at 3042 N. Broadway St., and Bobtail Ice Cream, which has two Lake View locations, at 2951 N. Broadway St. and 3425 N. Southport Ave.

“What’s great about Lake View is that you still see some of the mom-and-pop businesses still operating,” she says. But keeping them in business is an ongoing challenge. “As the rents go up, it’s very hard to keep those little guys in there.”