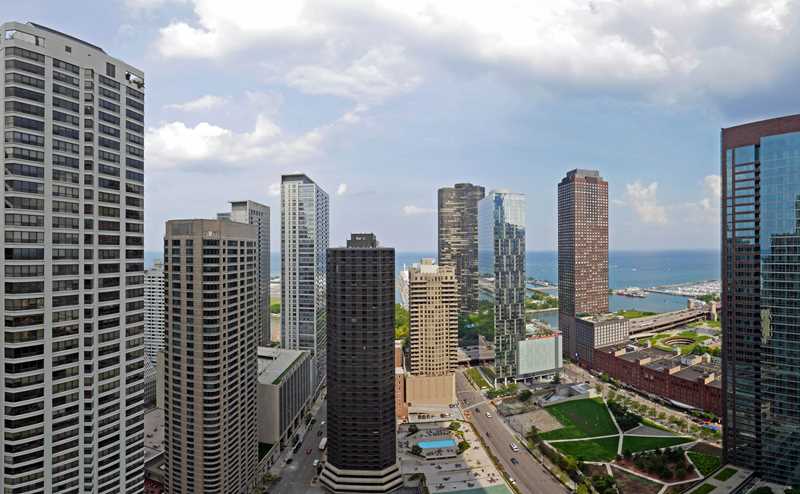 The Chicago Tribune reported late yesterday that a 67-story, 500 unit apartment and condo tower has been proposed for a site at 451 E Grand Ave in Streeterville. The site is immediately west of the new 500 Lake Shore Drive.

The tower, designed by architect Robert A.M. Stern, would include 400 apartment units and 100 condominium units. The proposal contemplates a redesign of the park on the site and retention of the existing 900-space garage below the park.

Golub & Co has begun construction of a site and Grand and McClurg, and a parking structure at 450 E Grand might also be redeveloped with a high-rise.

The former North Pier Terminal, on the south side of the park, has also been slated for conversion to several hundred loft apartments. 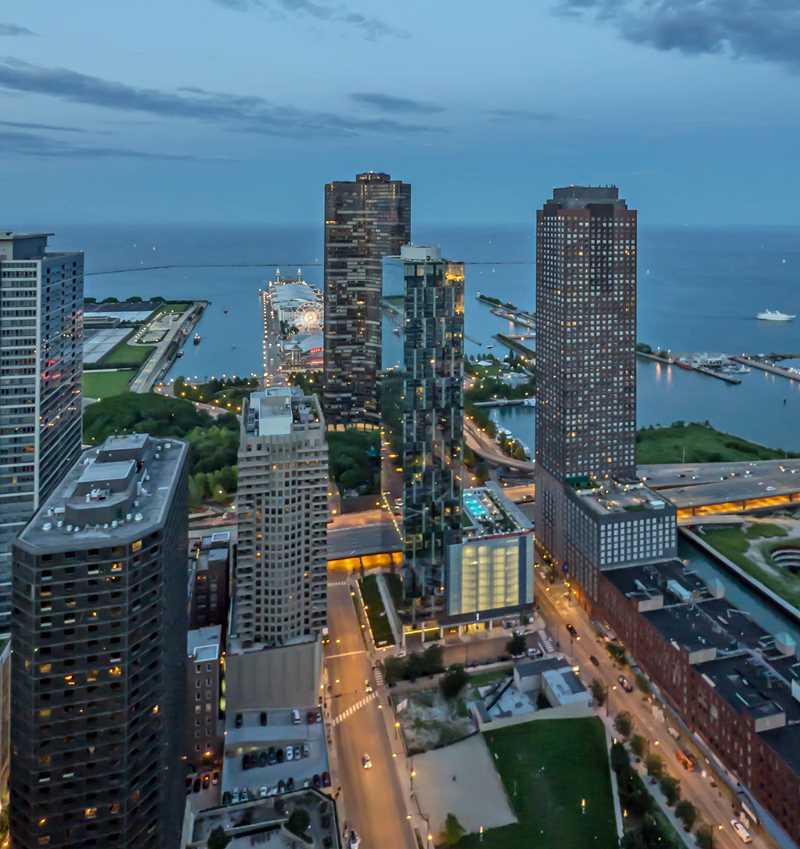 You’ll be able to follow the progress of the Robert A.M. Stern tower in many media venues, but none of them are likely to match the views of the site you’ll find at YoChicago. And, we’ll continue to keep you up to date on all of the new apartment projects proposed or underway in downtown Chicago.