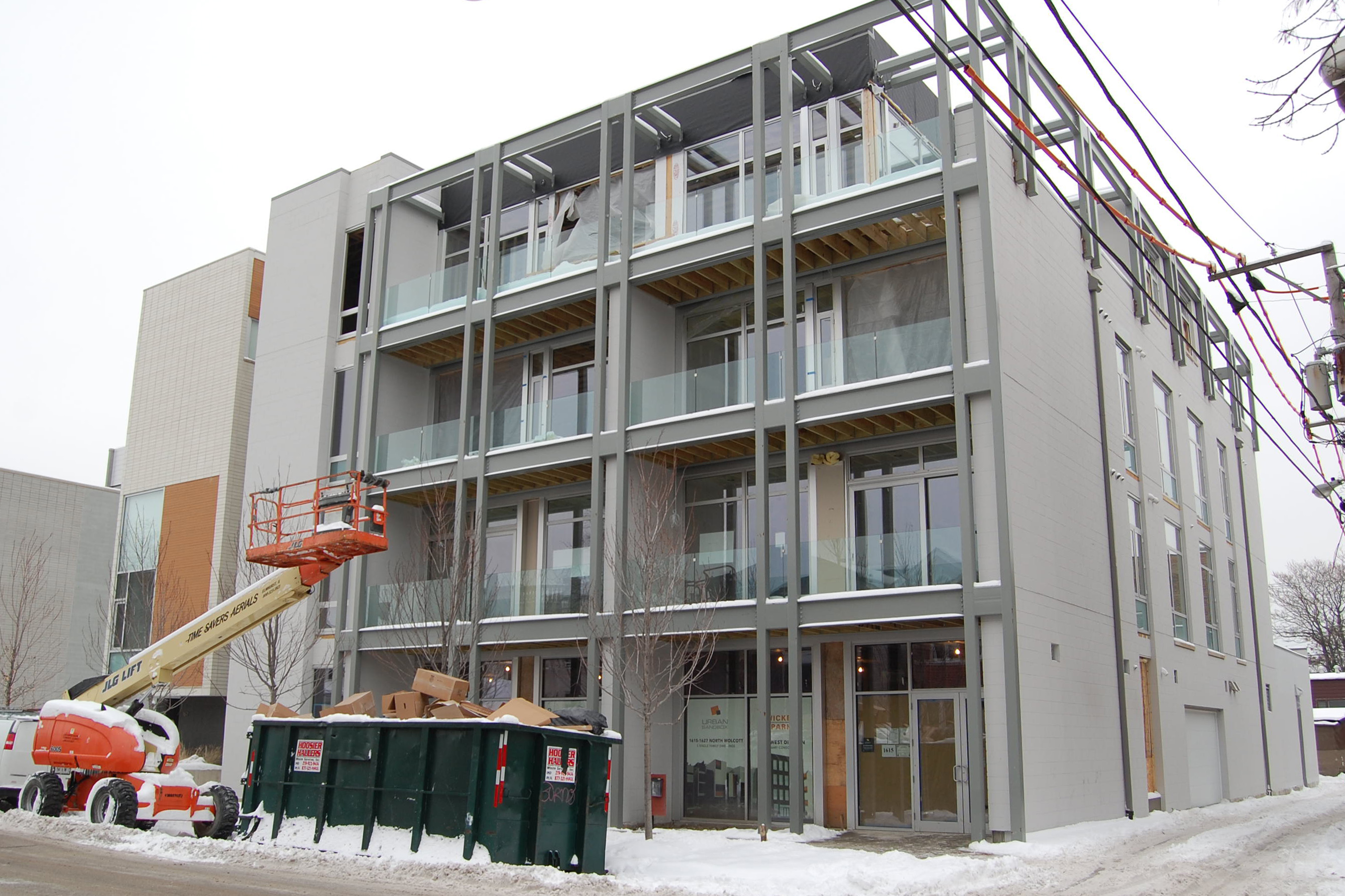 Over on the 1600-block of North Wolcott Avenue, Ranquist Development‘s Urban Sandbox mid-rise is finally starting to resemble the architect’s renderings. Since our last update in November, large steel beams have been installed on the building’s exterior and glass plates have been added to the balconies.

Developer-agent Karen Ranquist is developing the Miller-Hull Partnership-designed mid-rise, which is located at 1615 N Wolcott Ave in Bucktown, and she says closings should begin by the end of March. In the meantime, she’s setting up a model in unit 201, a three-bedroom / two-bath priced in the $710s. The tiles and cabinetry are in, she says, and she says the rest of the unit should be finished by the end of the month.

The four unsold three-bedrooms the building are priced from the $710s to $1.39 million. 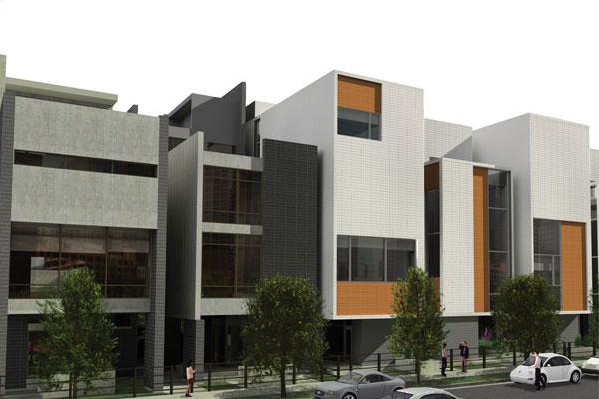 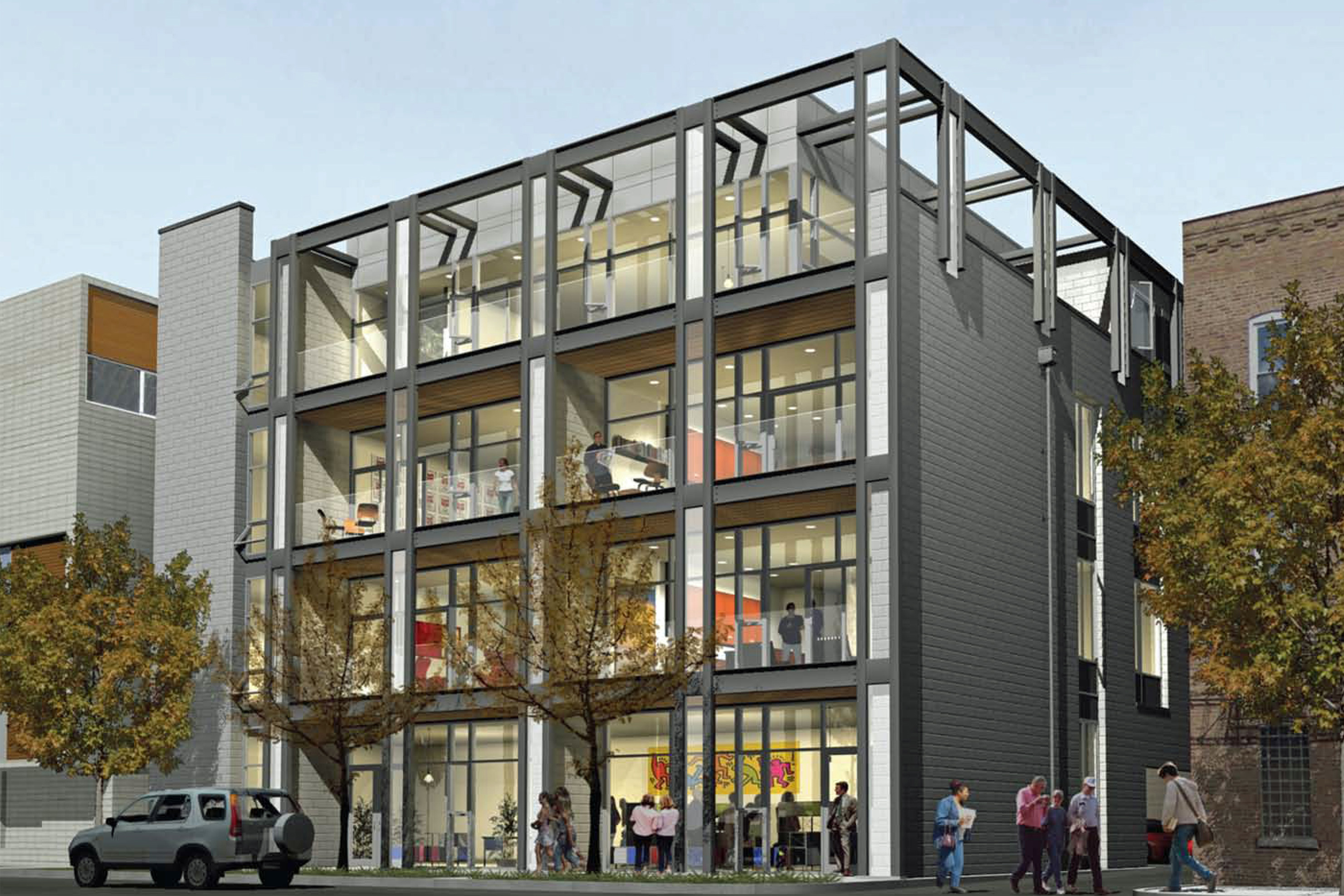 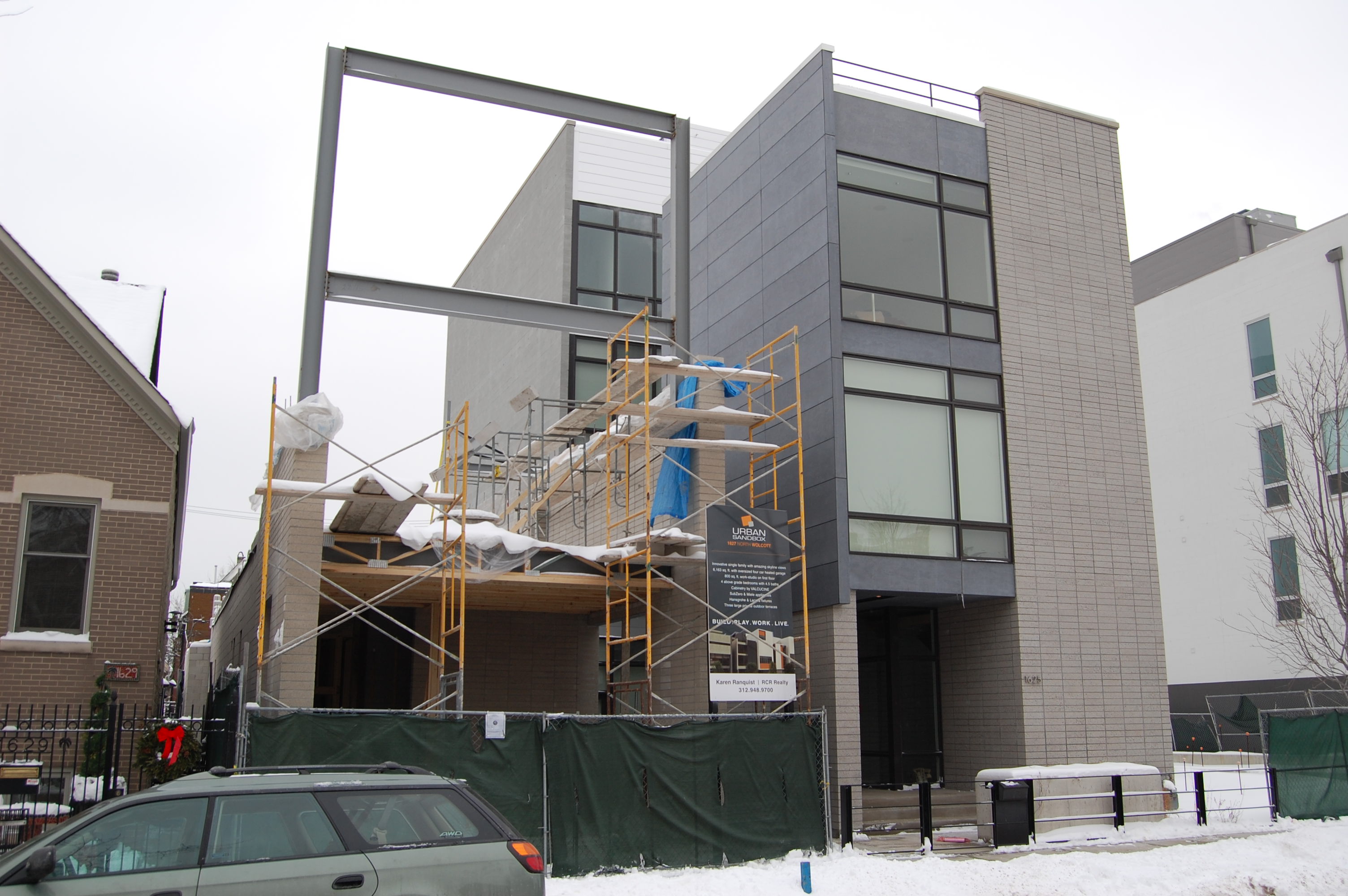