We (still) like to watch: three-bedrooms at 550 St Clair 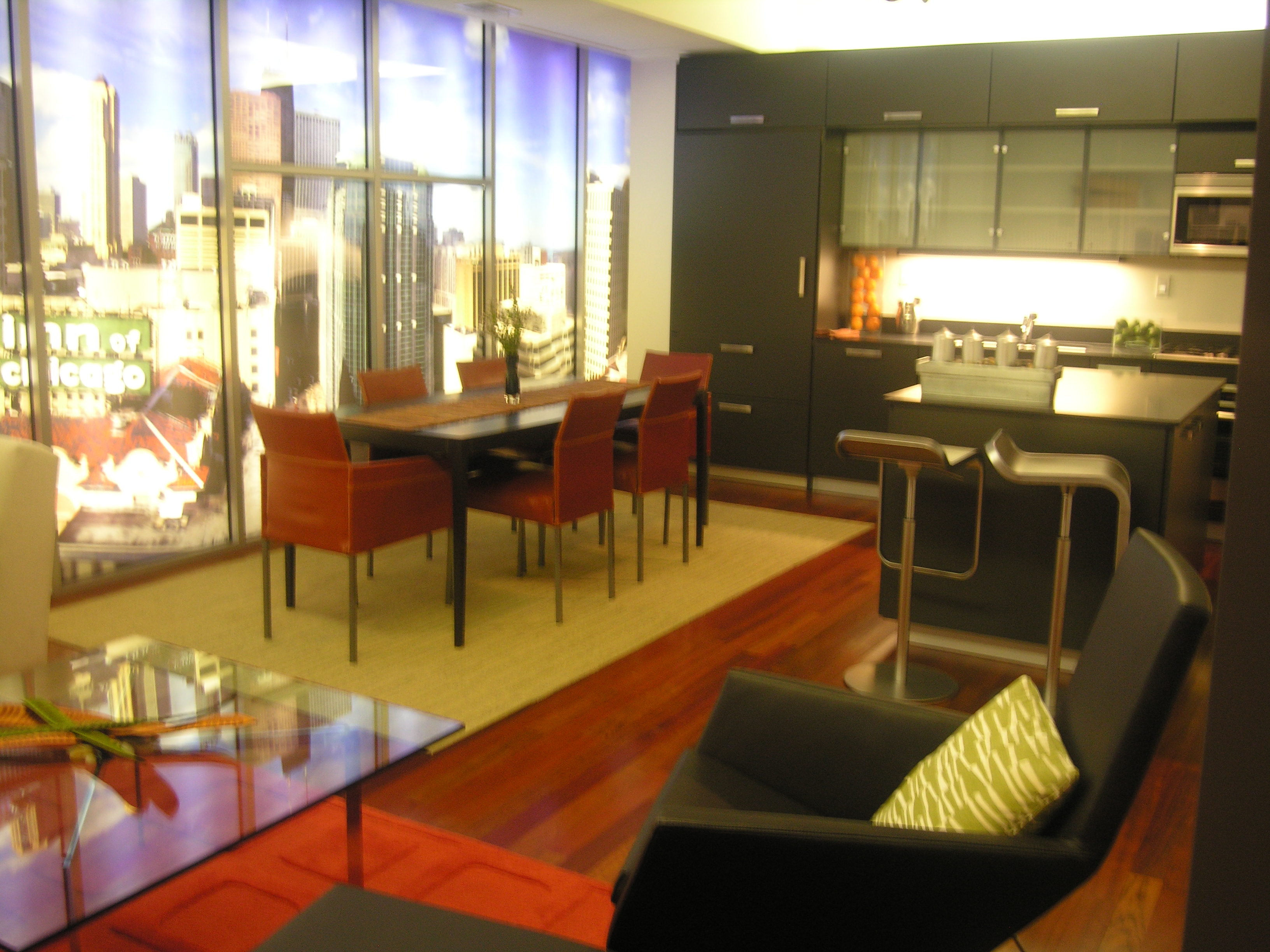 While we were checking out a studio at 550 St Clair yesterday, we also toured a three-bedroom model. Because architect Brininstool + Lynch decided to open up the contemporary space, allowing the living room, dining room and kitchen to flow into one another, the unit seemed much larger than its estimated 1,600 square feet.

The floor-to-ceiling windows and balcony access made the room seem even bigger. (Those killer views you see in the photo above are a simulation of the actual views from the the 26-story building.)

The master bath is quite large and has both a stand-alone shower and a bathtub encased by glass doors. There’s even a separate little room for the toilet. Another handy feature is a small utility room complete with a front-loading washer and dryer by Bosch.

The third bedroom was set up as a “media center,” with a TV and a couch. Oddly, the sizeable master bedroom in the model unit had no windows. If you’d like to get woken up by rays of sunshine, you’d have to fall asleep across the hallway in front of the TV in the media room, or in the second bedroom, which opens onto a terrace. This seems like the more logical place for the master bedroom.

According to Charlsie Hylick of First Chicago Realty Corp. more than 80 percent of the units are under contract, and deliveries are slated for late 2007. 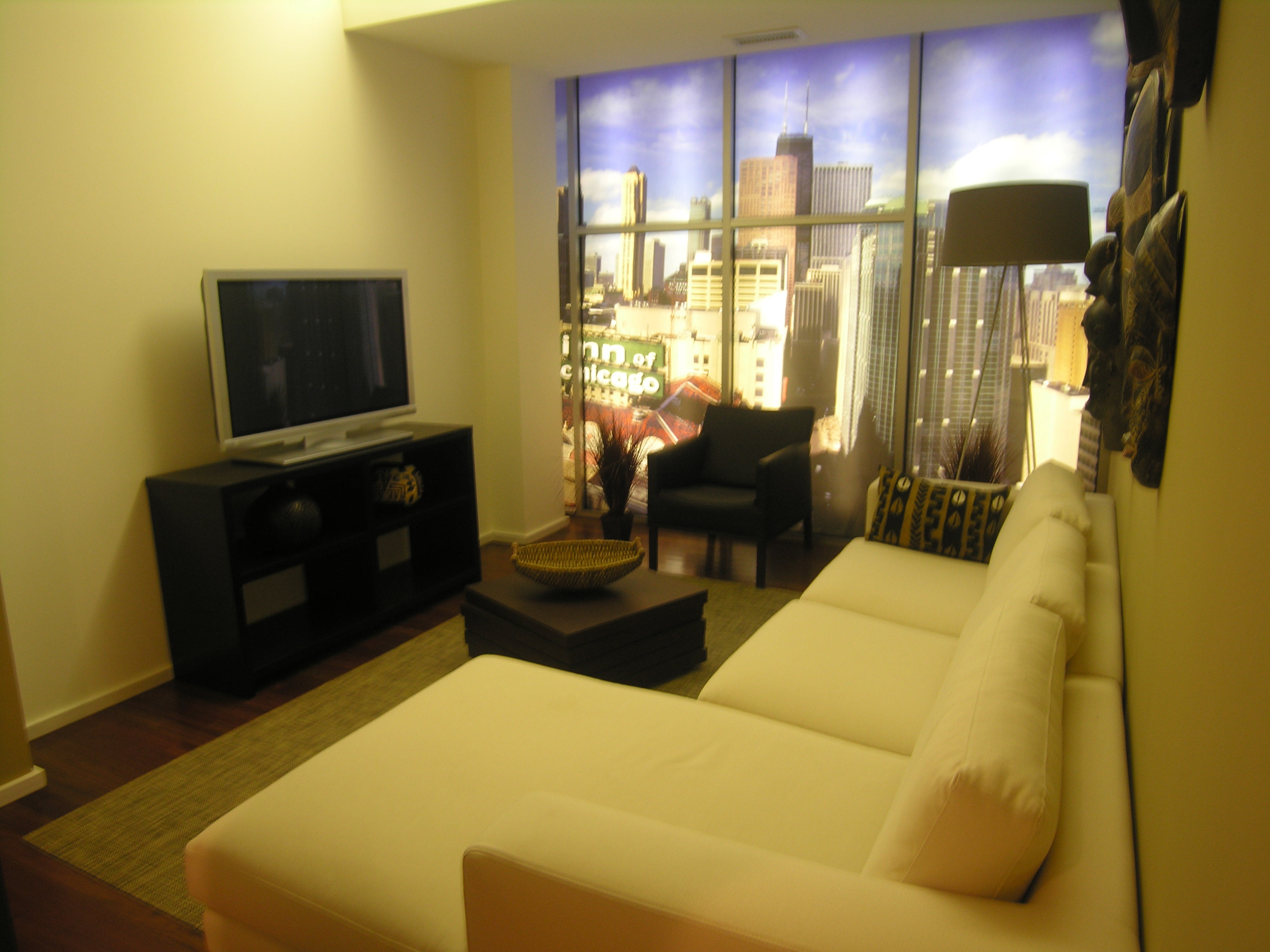 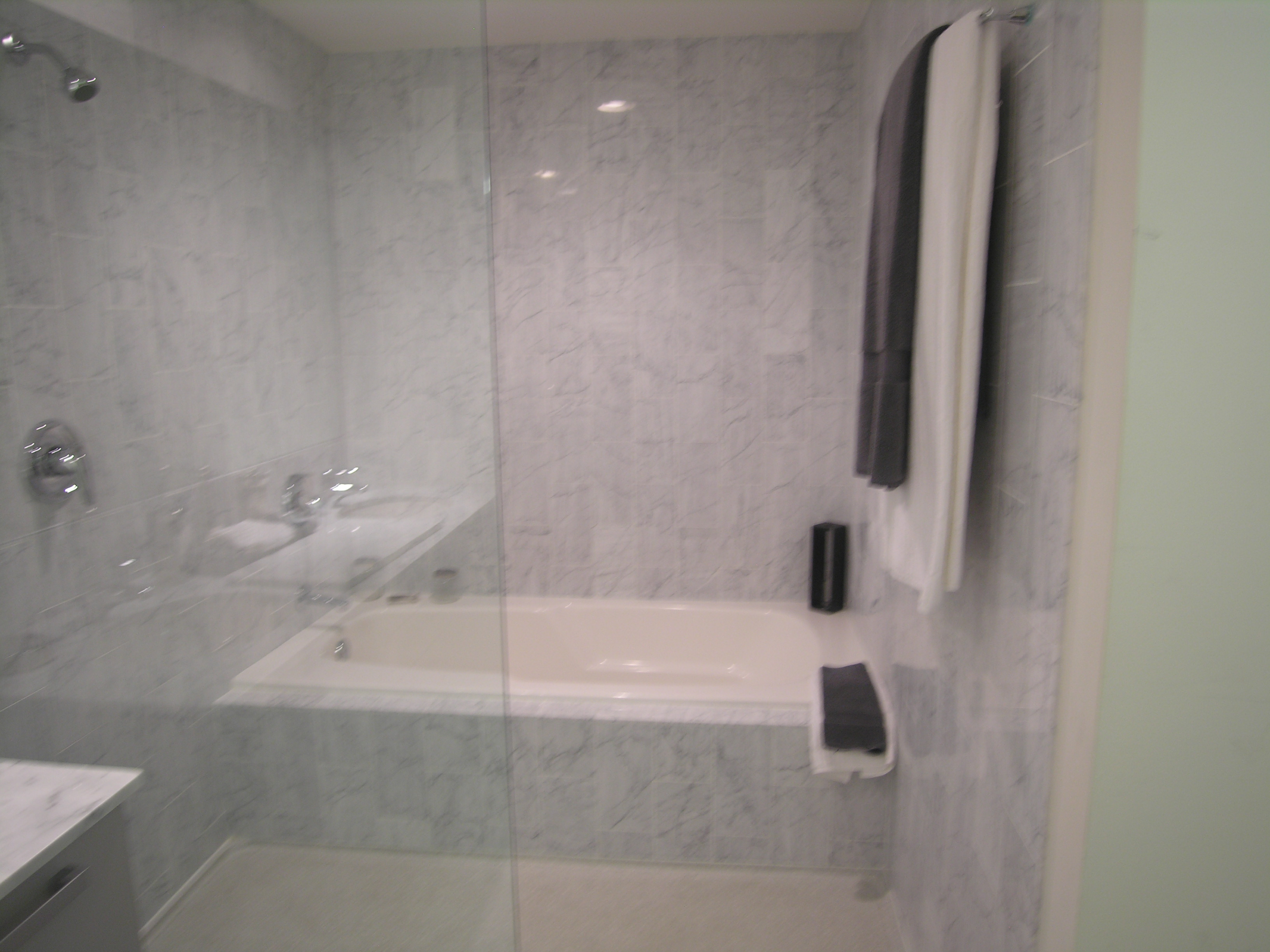