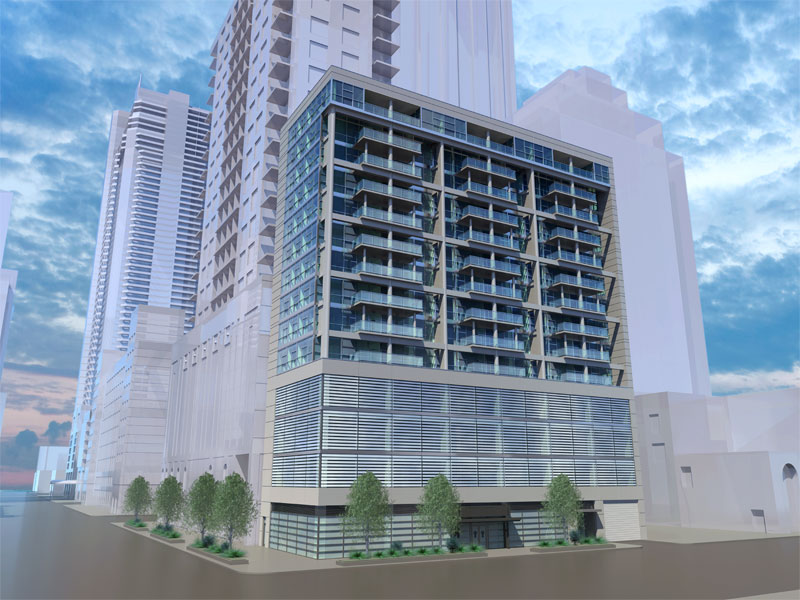 Provence Development’s 60-unit high-rise planned for 9 W Erie St in River North is more than 30 percent sold, says Andy Magliochetti of Real Living Helios Realty. That meets the project’s pre-sale requirement, he says, meaning that construction on the building should begin in the very near future.

First-time buyers seem very interested in 9 West Erie‘s one-bedroom condos so far, Magliochetti says. The units have 750 to 850 square feet and start in the $280s, a combination he believes is attractive in a neighborhood where new construction one-bedrooms can fetch $500,000 to $700,000. (The development’s Web site went down yesterday, but I’ll snag a one-bedroom floor plan as soon as it’s back up.)

Homes will have exposed concrete walls, 9-foot ceiling heights, eucalyptus or bamboo floors and energy-saving appliances. Like many of the new projects Helios is overseeing or marketing these days, 9 West Erie will have green features like low-VOC paints, energy-efficient heat and water systems, and a green roof. Provence is pursuing LEED Base certification for the building, something Magliochetti says is still rare for new River North high-rises.

Other on-site amenities will include a common roof deck with grills, a movie room, a game room with billiards, an exercise room and a dog run.

Along with the one-bedrooms, 9 West Erie also has one-bedroom-plus den and two-bedroom layouts, with floor sizes topping out around 1,700 square feet. Prices go up into the low $600s, which is considerably less than the high end of $764,000 that Kate reported back in September.

Provence, as you may remember, also developed the Chess Lofts and the Astoria Tower in the South Loop, both of which still have units available.

Newer Post
Two-bedrooms in Rogers Park, too
Older Post
Deal of the day: Two-bedrooms at Kimball Park from the $180s