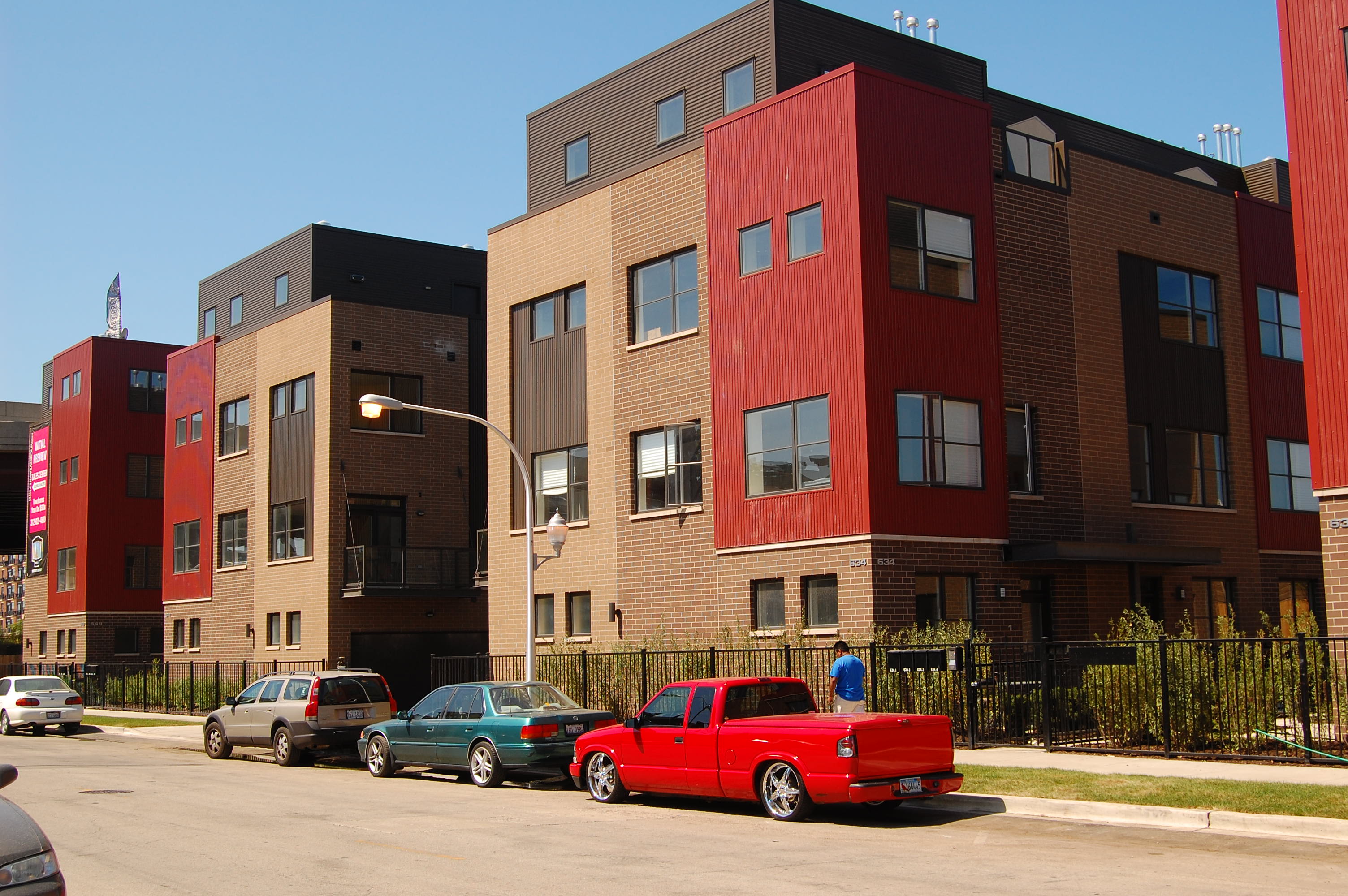 In response to Emen’s request, here are a few photos I just took of Union Row in the 600 block of West 16th Street in East Pilsen. Just as Emen said, the townhouses on the west end of the development, near the Dan Ryan Expressway, look much brighter today than they did in my photos from June. In fact, Union Row is so bright, it even outshines the rendering Belgravia Group released earlier this year. 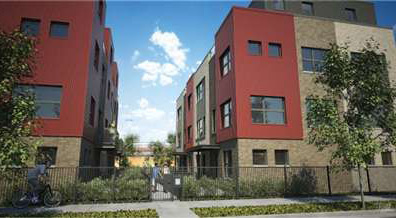 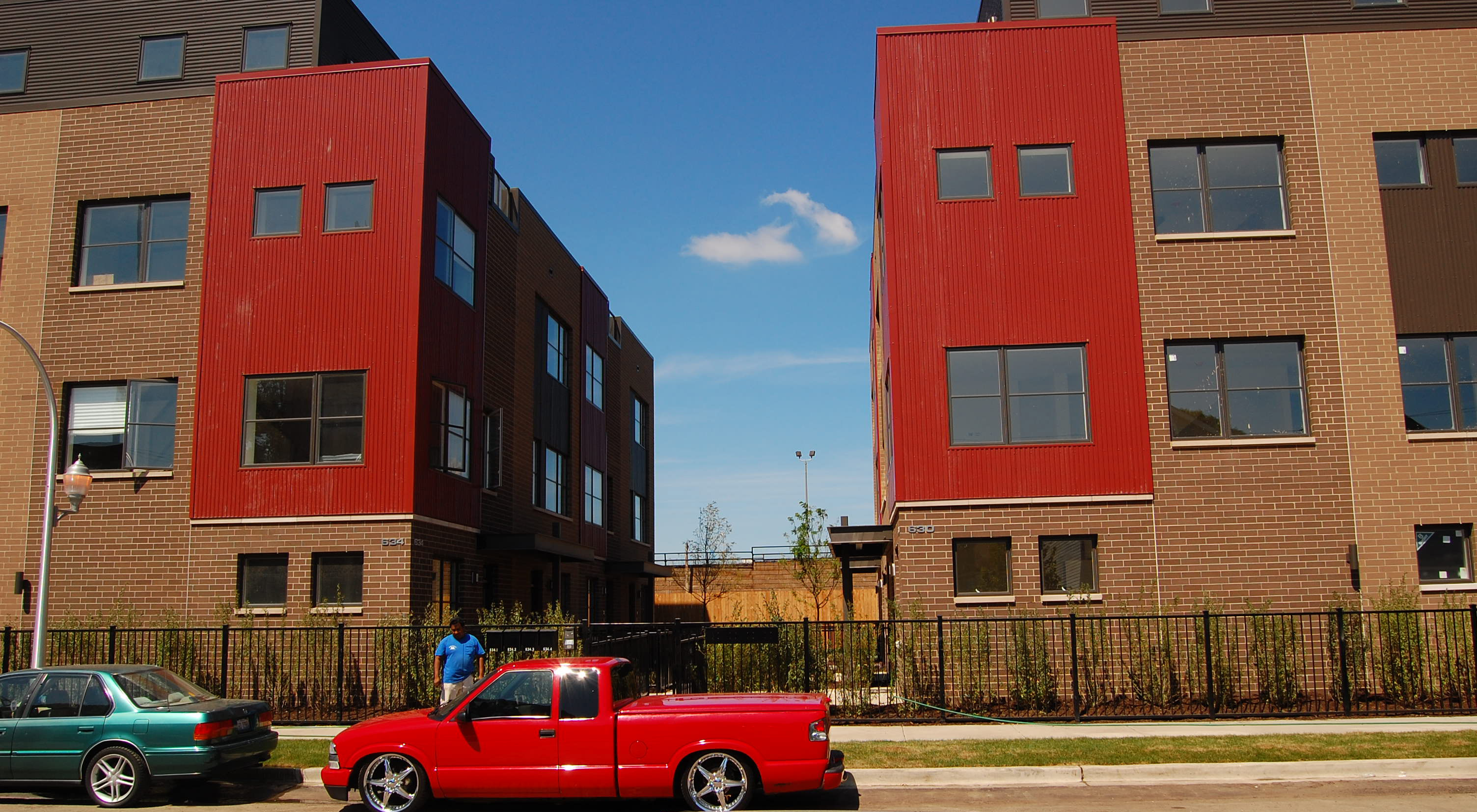 Below are a few more photos of construction at Union Row, most of which is located east of Jefferson Street, I believe. As Joe wrote earlier this morning, Union Row’s remaining townhouses are priced from the $540s to the $700s. 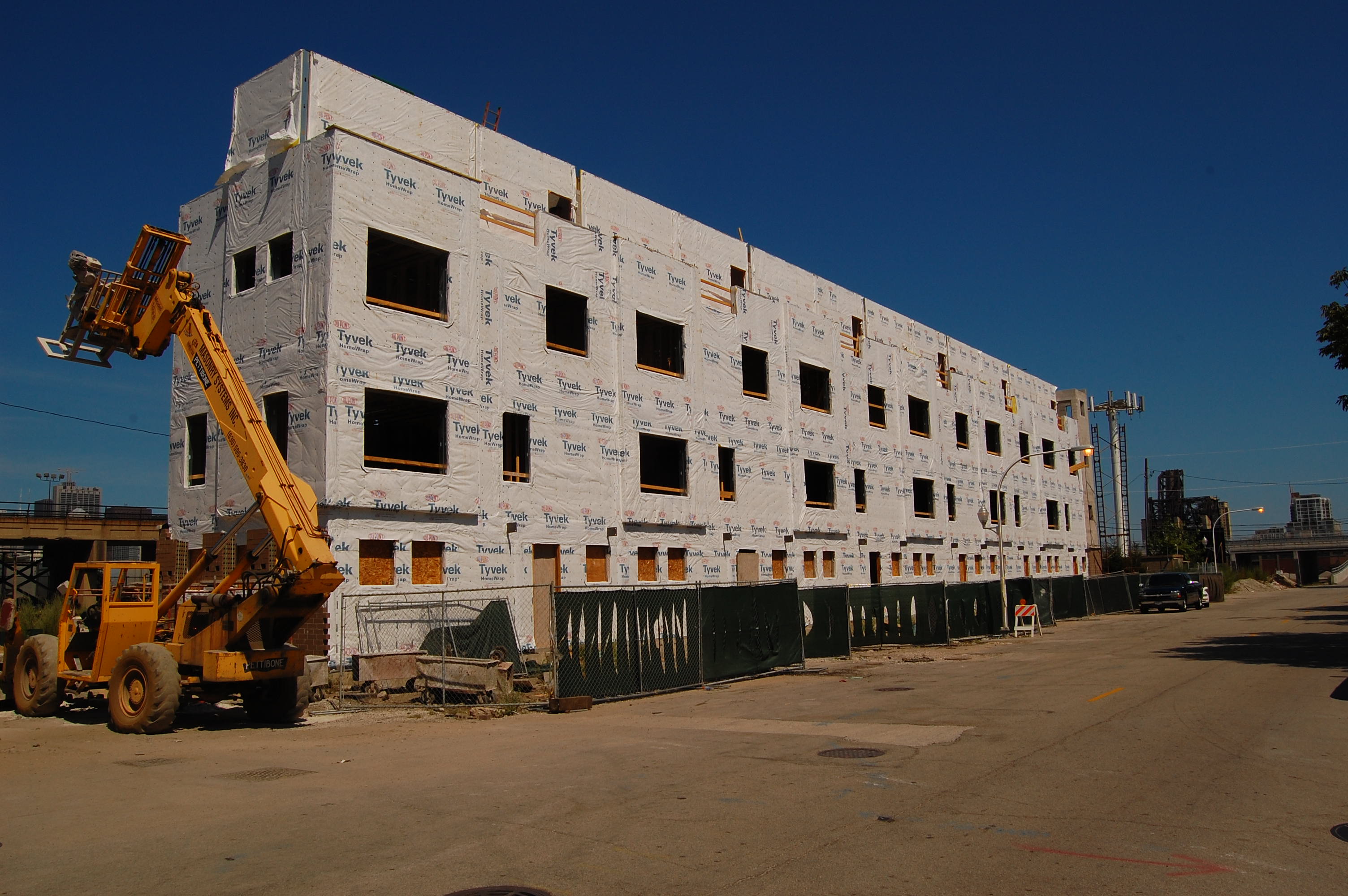 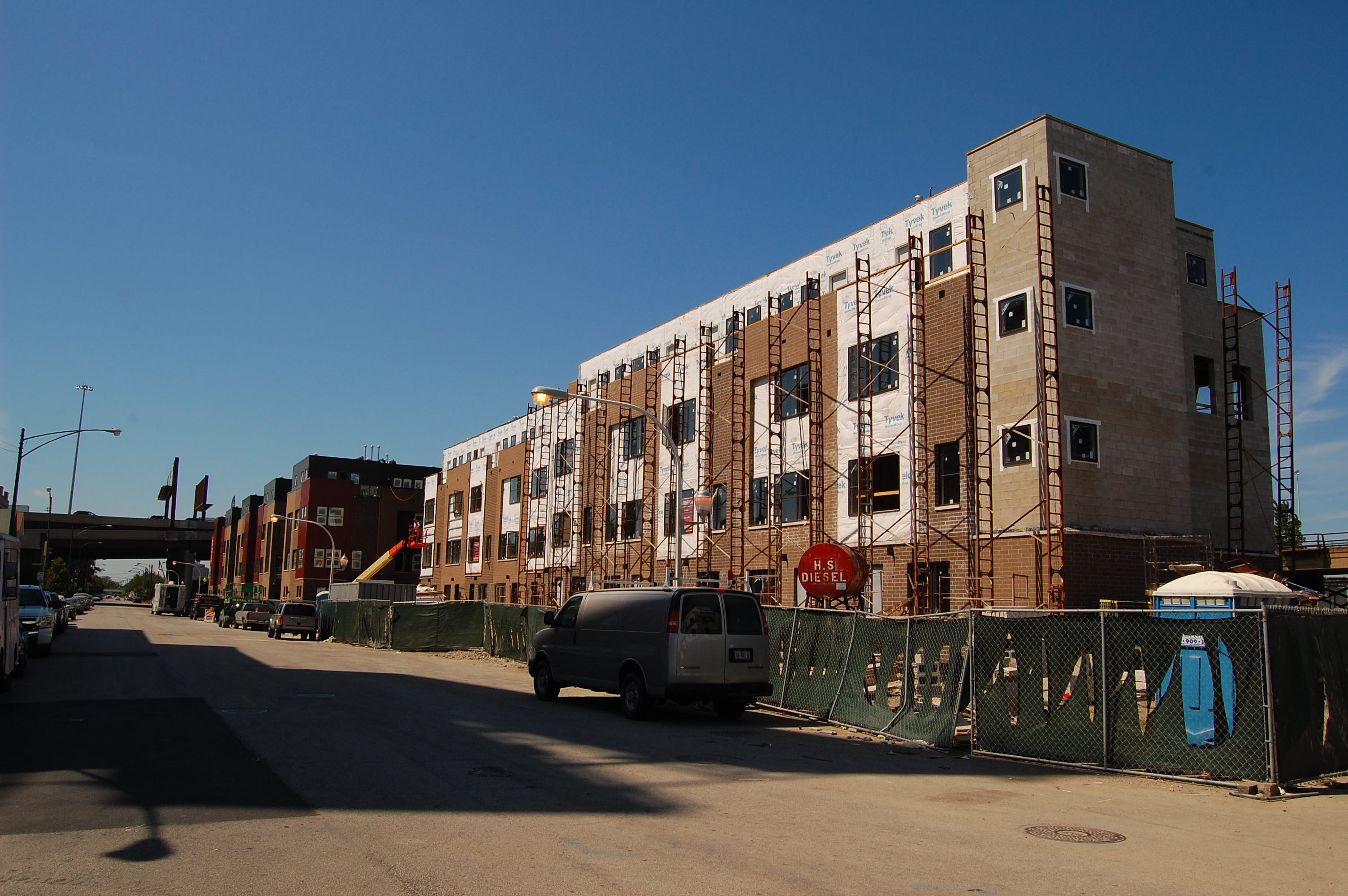