No signs of progress at Marquette Village in Marquette Park

I revisited Marquette Village and a part of the Marquette Park neighborhood yesterday.

The development, which was originally planned for 139 homes, appears to have made no progress since Joe Askins and I drove around the area and shot the above video over two years ago. We saw the same 10 homes that were completed when Mark Boyer shot the following model tour video in February of 2009.

Seven of the 10 original 3-bedroom, 2 ½ bath homes are currently listed for sale in the MLS, at prices ranging from $169,900 to $239,900 for the “flagship premiere” Ashburn model. Four and a half years ago prices started in the $290s. At the time we noted that it was “the lowest price we’ve seen at any current new-construction single-family development in the city.” Three years ago the Ashburn model was reduced, for a limited time, to the $270s-$320s, down from $310s to $330s. See our prior coverage of Marquette Village.

The immediate area of Marquette Village has been, according to the Cook County foreclosure map below, relatively free from the foreclosure cancer that’s blighted much of the larger West Lawn neighborhood, although I did see a number of nearby board-ups. 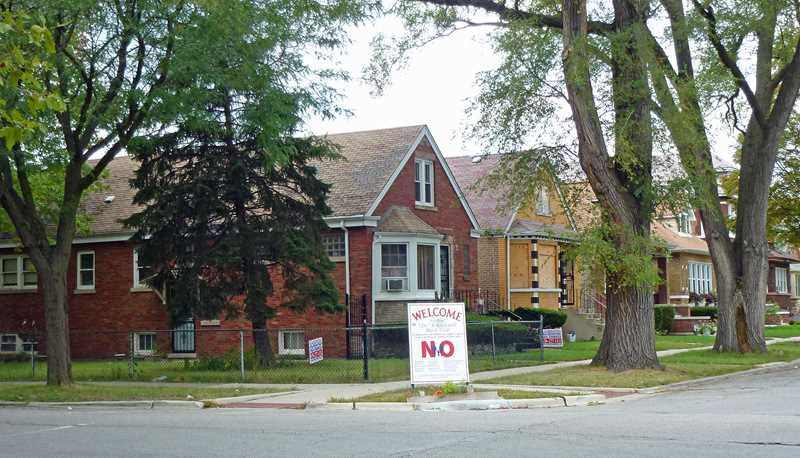