Pre-leasing underway at Randolph Tower in the Loop

Randolph Tower, at 188 W Randolph St, is undergoing a conversion from office to residential use, with occupancy expected in the first quarter of next year. It’s a long-running saga that we first covered back in July of 2006, and one of a number of new rental tower that will begin occupancy next year.

The 45-story neo-Gothic building, originally known as the Steuben Club, has terra cotta ornamentation that rises in intensity as your eye travels up the building’s façade.

As you can see from the photos, a great deal of repair work remains to be done. 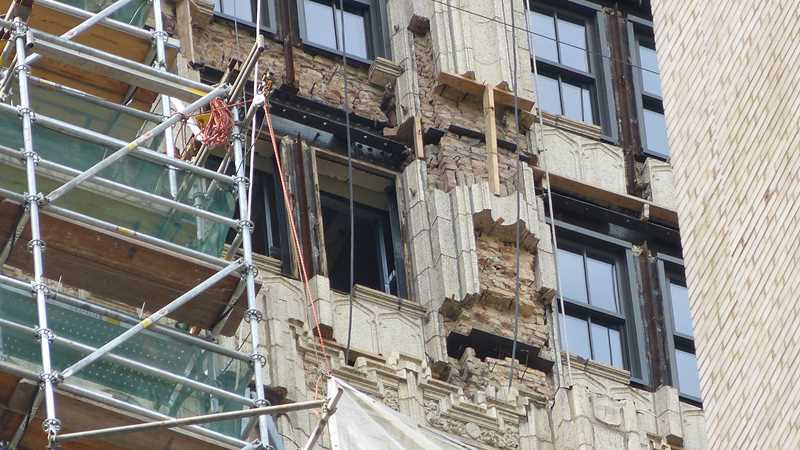 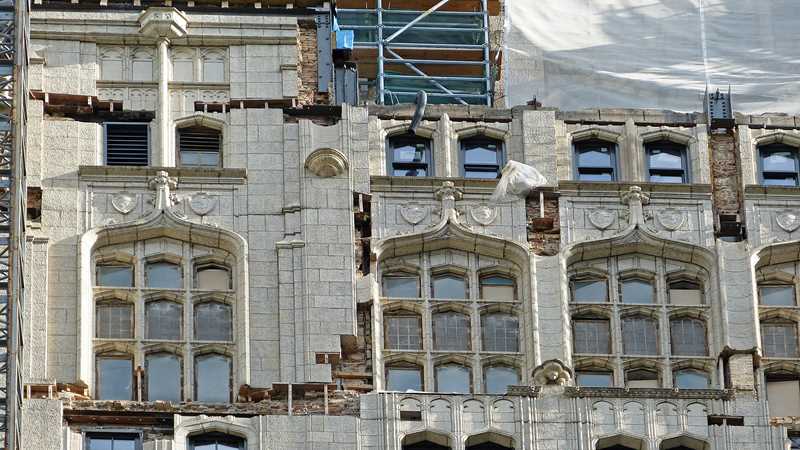 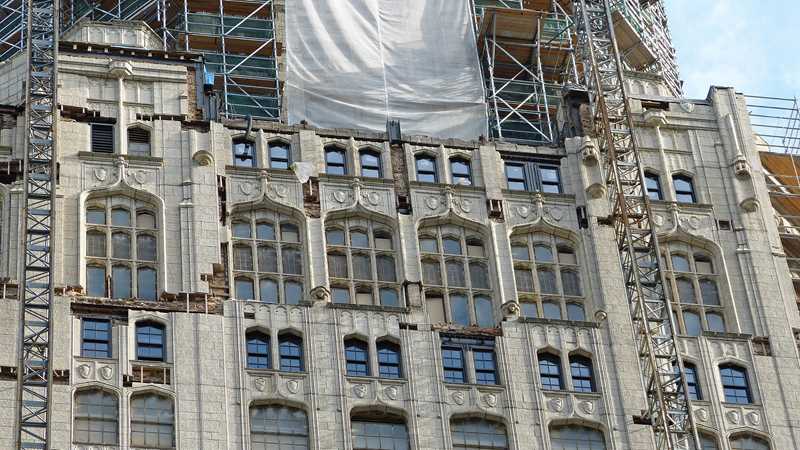 When I visited last week the upper reaches of the building were still obscured by scaffolding, but the scope of the effort necessary to restore the façade is evident. According to a report in Crain’s, $23 million is the tab for façade restoration.

The development only became feasible after the city made available $34 million in tax-increment financing. It’s also benefiting from $37 million in tax credits and a $40 million tax-exempt bond issue. That combination of subsidies led architecture critic Lynn Becker to dub the building the “Welfare Queen.” The building is a Chicago landmark but, sniffed Becker, one of “marginal importance.” 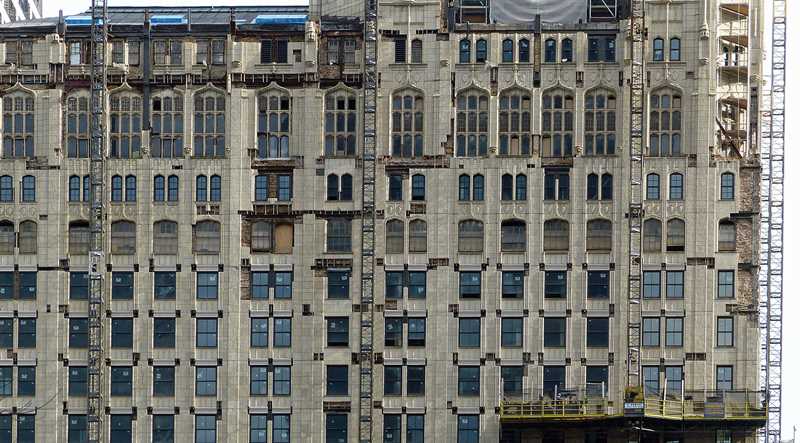 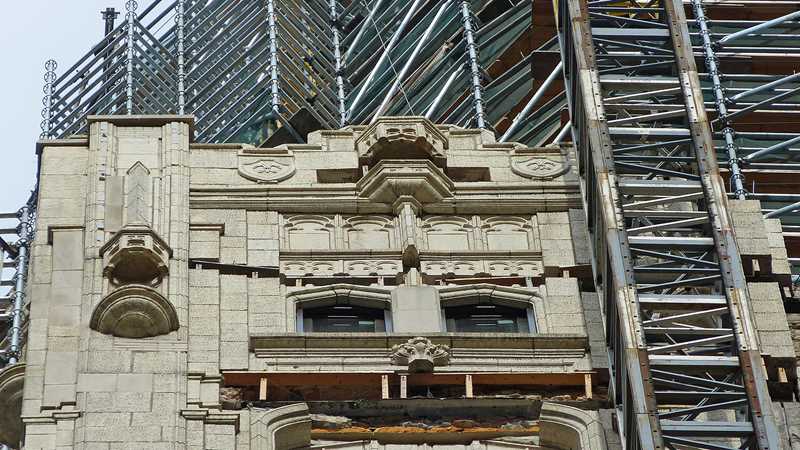 The AFL – CIO Housing Investment Trust (PDF) also participated in the financing, and 20% of the building’s units will be available to low-income tenants.

For those interested in the building’s history, the detailed preliminary submission to the Commission on Chicago Landmarks is available online in PDF format.

All of that is likely to matter little to Loop apartment renters attracted to the location and the building’s promise of extensive services and amenities.

Pre-leasing is underway, with studios renting from $1,400 a month and penthouses ranging up to $6,420. When you click the Check availability link on the building’s website, the $1,400 minimum for Studio S jumps to $1,510.

Over 40 separate floor plans are available, most of them featuring what real estate folk euphemistically call “cozy” spaces.