Where have all the iMove agents gone, short time passing? 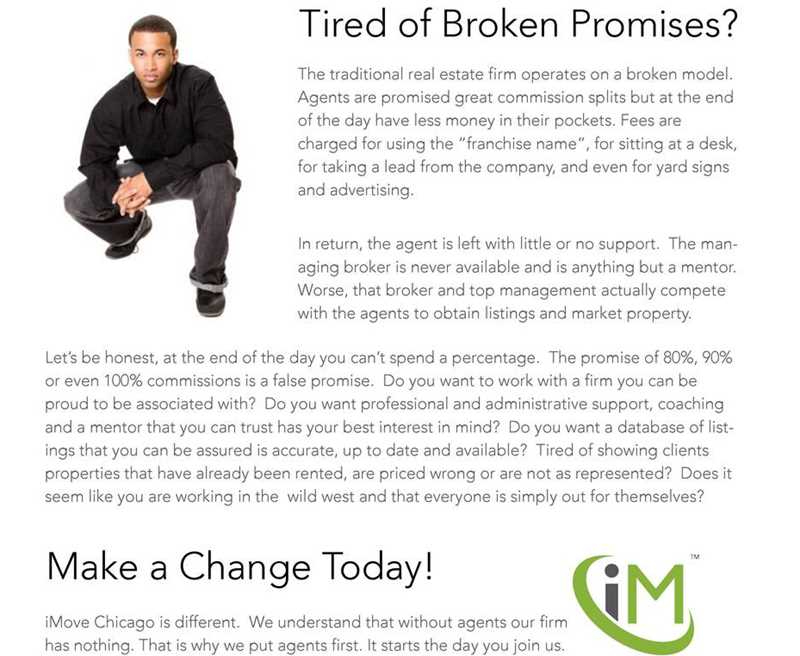 We’ve written repeatedly about iMove Chicago, a rental service that advertises frequently on Craigslist for new leasing agents and brokers.

We had saved records of the names of 41 agents and brokers (other than Erickson Ocasio and Rusty Payton, the principals) who were employed at iMove Chicago between January 2012 and January 19, 2013:

We didn’t monitor iMove’s roster continuously during that period, and we hadn’t looked at since, until two days ago. 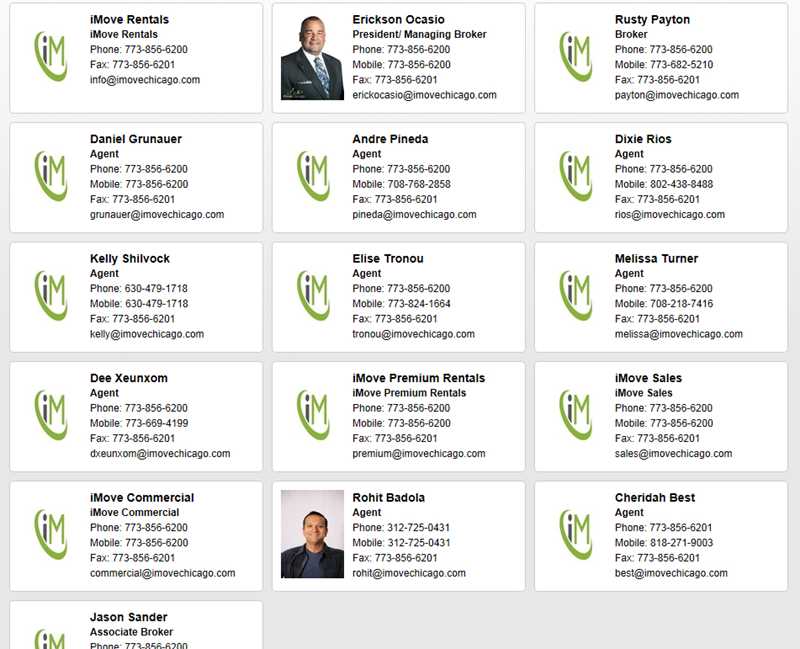 None of the 41 agents named above were among the 10 agents listed on iMove’s online roster as of Monday afternoon. That level of turnover would be astonishing in any business, and it’s even uncommon at Chicago’s high-turnover rental services. I spoke to one of the 10 who was surprised to learn their name was online. 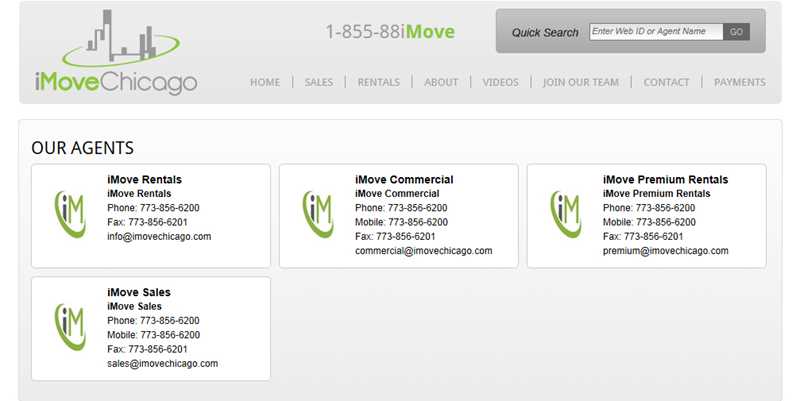 As of yesterday afternoon there were no individual agents listed on iMove’s online roster. It’s hard to tell what that’s about.