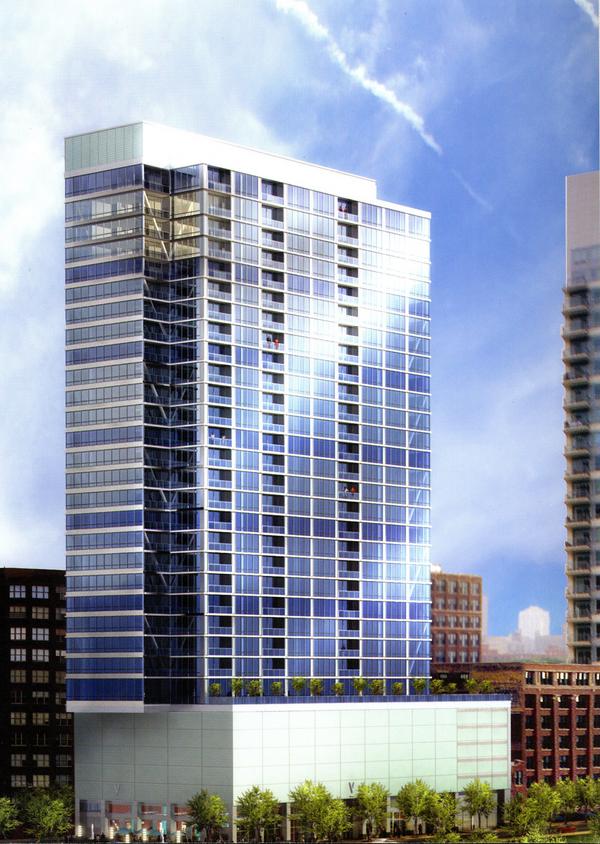 Throughout Loop Week here at the Yo, we’ll bring you stories of people who’ve decided to move into the neighborhood. For Steve Ryan, a graphic designer and creative director at the Chicago office of VSA Partners, a design and communications firm, moving to the Loop was largely an aesthetic choice. For the last five years he’s lived in a 100-year-old West Loop loft – a great place, he says, but he found himself craving “modern, clean lines.”

When Ryan saw a public television feature on the Vetro, a 31-story tower planned at South Wells and West Harrison, he was hooked. The simplicity seemed inspired by Mies van der Rohe, but to his practiced eye, developer and architect Roszak/ADC had “taken that Miesian aesthetic and contemporized it a bit.” He says his end unit, which he expects will be ready by October, is a sleek haven of steel and glass.

The building’s “spa-like” amenities fit his style, too, he says – the fitness center, conference room and boutique spa, among other perks, seemed catered to businesspeople who are used to staying in high-end hotels. He was also drawn to the rapid growth near the Vetro. It’s close to bookstores (he ranked this high on his list of priorites) as well as cultural attractions, plenty of vegetarian-friendly restaurants and the lake.

Newer Post
Chicago deal of the day: Affordable units at Century Tower
Older Post
Quote of the day – ask a gay waiter where he lives