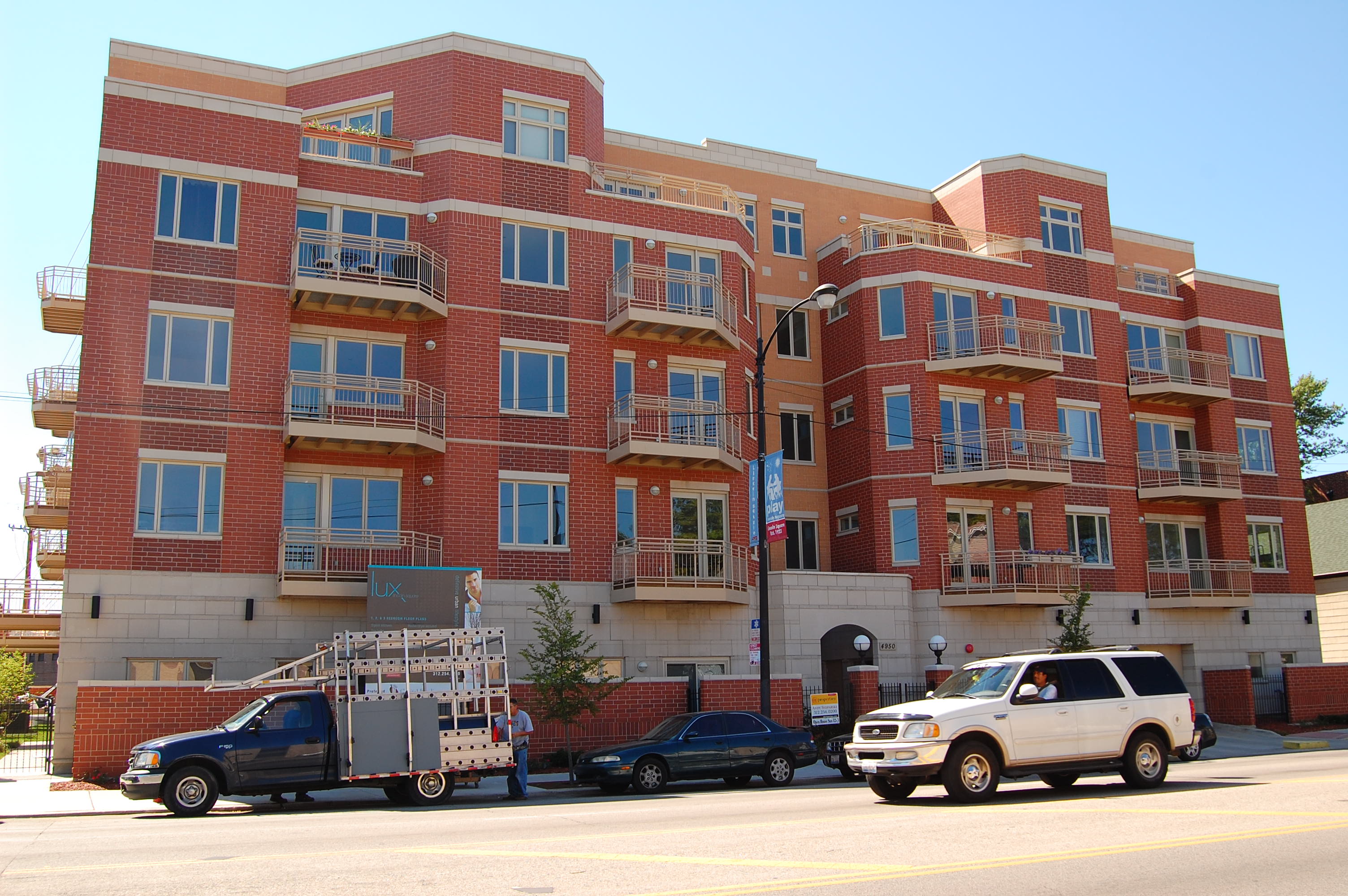 This 49-unit development at 4950 N Western Ave is officially playing the name game.

When it was first unveiled by Ruh Realty all the way back in 2006, it was known as The Courts at Lincoln Square. Then, some time last year, we learned that @properties took over sales, and that the name of the development had been changed to “Lux of Lincoln Square.” Today, Koenig & Strey took over from @properties and plans to revert to the development’s original name.

“Lux,” as Yo reader Local Realtor informed us, is a derivative of “(de)lux(e),” and although “Lux” has been eradicated from the building, I don’t think that we’ve seen the last of it.

The name isn’t the only thing changing at 4950 North Western. According to agent Jennifer Mills, prices have been adjusted slightly, and two furnished models are now available, and seven of the remaining homes are completely finished and ready for immediate delivery.

When I last wrote about the development in July, the two- and three-bedroom condos were priced from the $310s to the $550s; now, Mills says pricing runs from the $280s to the $540s. Koenig & Strey will host a broker’s open house tomorrow, and a grand opening on Saturday and Sunday.