Behind the façade at Flats Chicago on Clybourn 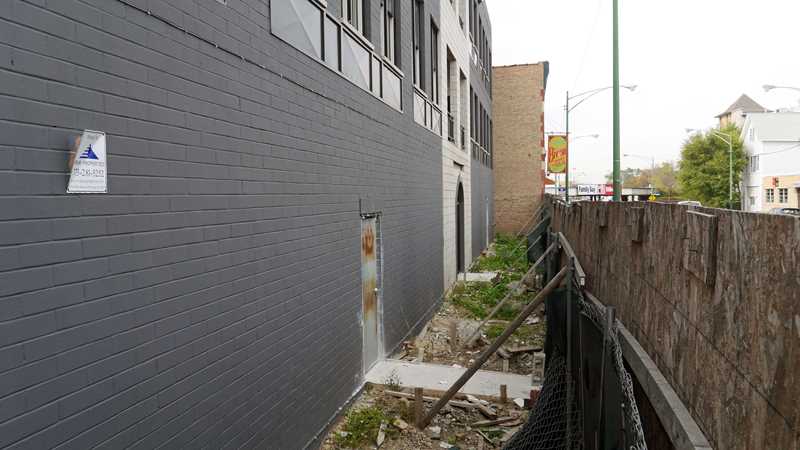 We’ve recently had a commenter claim to be a resident of Flats Chicago. It’s likely that he’s either a shill or a troll.

Another commenter on the same post, Soon to be Chicagoan, claims he was slated for a November move-in that was delayed, at an unspecified property.

We stopped by 2500 Clybourn yesterday, a Flats Chicago project that we’d been told would be ready for occupancy in early July.

A look behind the fencing at 2500 Clybourn, and a walk around the site, revealed a property that appeared to be in disarray. There were no signs of construction activity, and units that were still awaiting installation of drywall. In mid-September, Starr Plumbing filed suit to foreclose a mechanic’s lien on the property.

If you’re considering a Flats Chicago property you’d be well advised to verify that the unit you’d be renting is complete before signing a lease.