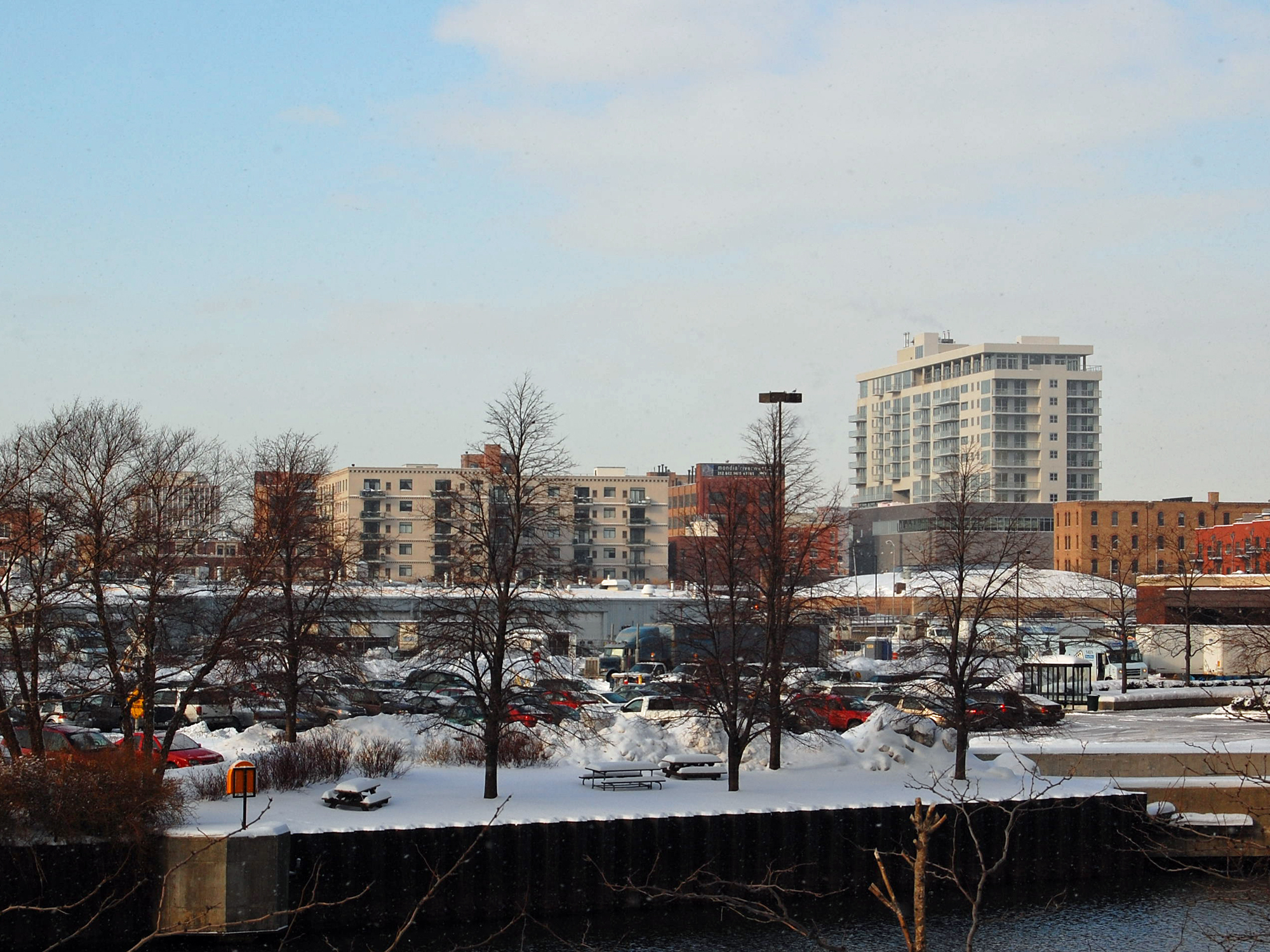 As Mondial nears completion in River West, it’s worth seeing how the 14-story tower looks from afar. Most of our photos have come from up close, but from across the river, you can see how it stands out from its surroundings.

Mondial, 900 W Huron St, was about 40 percent sold in December, with its remaining one- to four-bedroom condos selling from the $250s to the $990s. CITTA Development principal Jack Berger said recently that a model should open up by the end of this month, with deliveries following sometime in April.