Does Erie on the Park have River North’s best outdoor spaces? 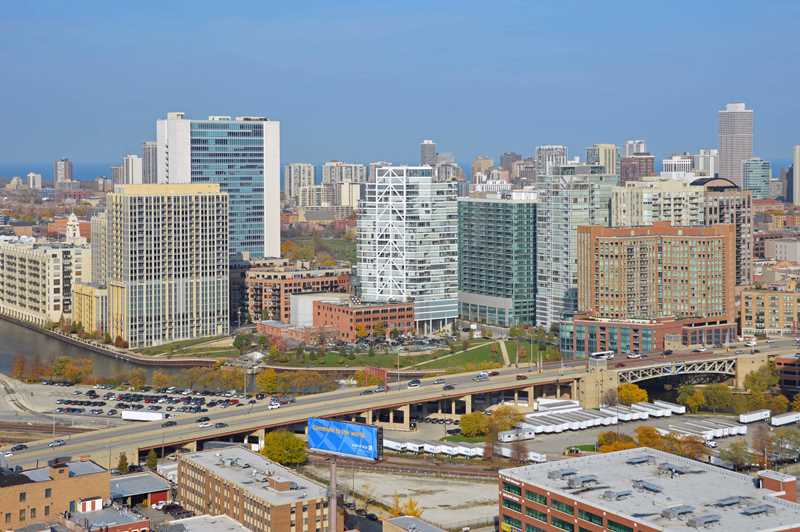 We noted a few days ago that the Tribune’s Blair Kamin is back in town. Kamin had quite a bit to say back in October of 2002 on the topic of Lucien Lagrange’s Erie on the Park, 510 W Erie. A sampling:

There are so many monuments to mediocrity rising into the sky west of Michigan Avenue these days that it is easy to miss bright spots such as Erie on the Park, the gutsy but elegant new condominium tower whose skeletal exterior bears an unmistakable likeness to the John Hancock Center, the X-braced giant called “Big John.”

This is a bold exercise in bone-beautiful design, and though it is at times brutally off-putting and lacks the mighty Hancock’s unsurpassed clarity of form, it is easily superior to the drab condo high-rises that are turning the blocks west of the Boul Mich into an urban dense-pack of unmitigated ugliness.
…
The building’s upper-level setbacks offer mixed results. On the plus side, they give Erie on the Park an ever-changing profile — here, like a ship’s prow; there, like a mountain of steel and glass. On the minus side, there is simply too much slicing and dicing, as if the tower had spent too much time in a Cuisinart. 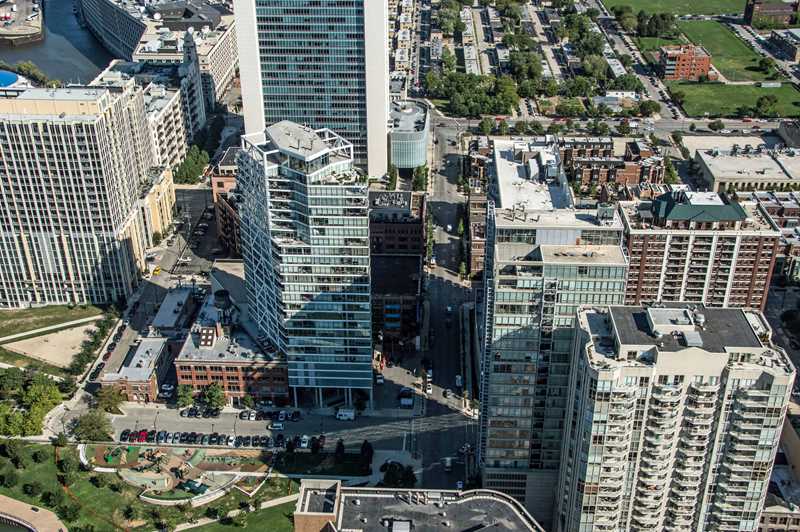 The website for the condo association has a different take on the setbacks, and one that’s far more relevant to residents: “The stepped back façade offers unequaled opportunity for expansive outdoor terraces.” 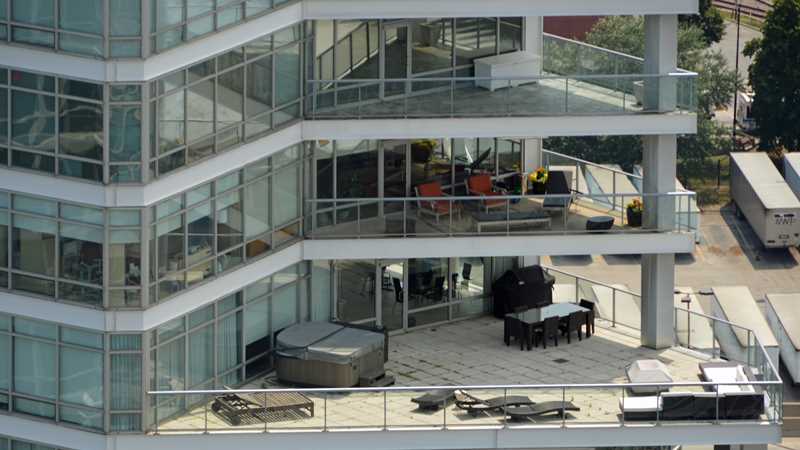 Does Erie on the Park have River North‘s best outdoor spaces in a high-rise building? 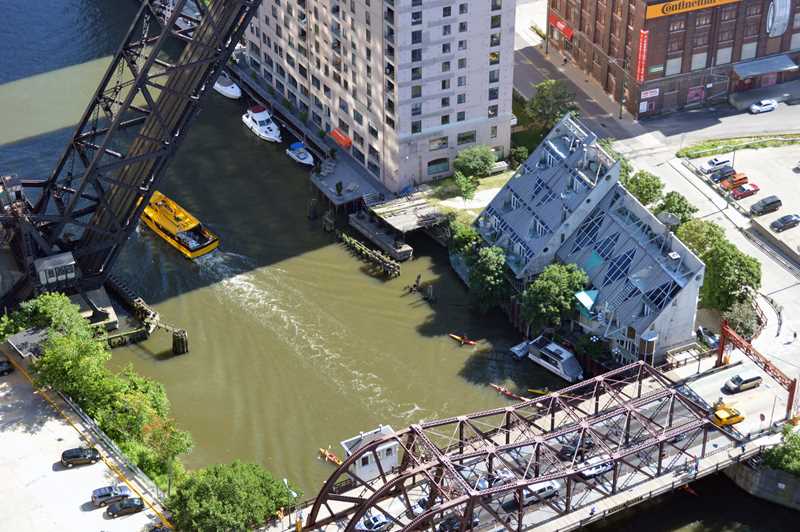 I’ve never seen the “unmistakable likeness” that Kamin saw between Erie on the Park and the Hancock Center. I’ve always thought the building was more reminiscent of two of its nearer neighbors, pictured above: the landmark Kinzie Street bridge that’s always raised, and Harry Weese’s River Cottages.

Newer Post
How have the Prairie Pointe auction buyers fared?
Older Post
The latest on the Lathrop Homes