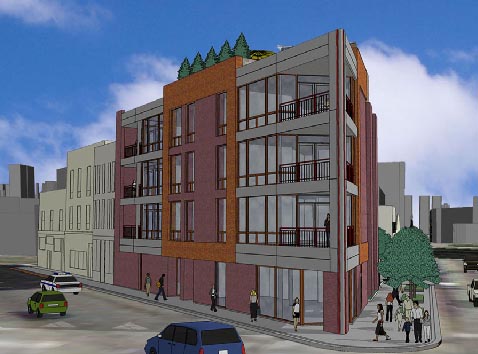 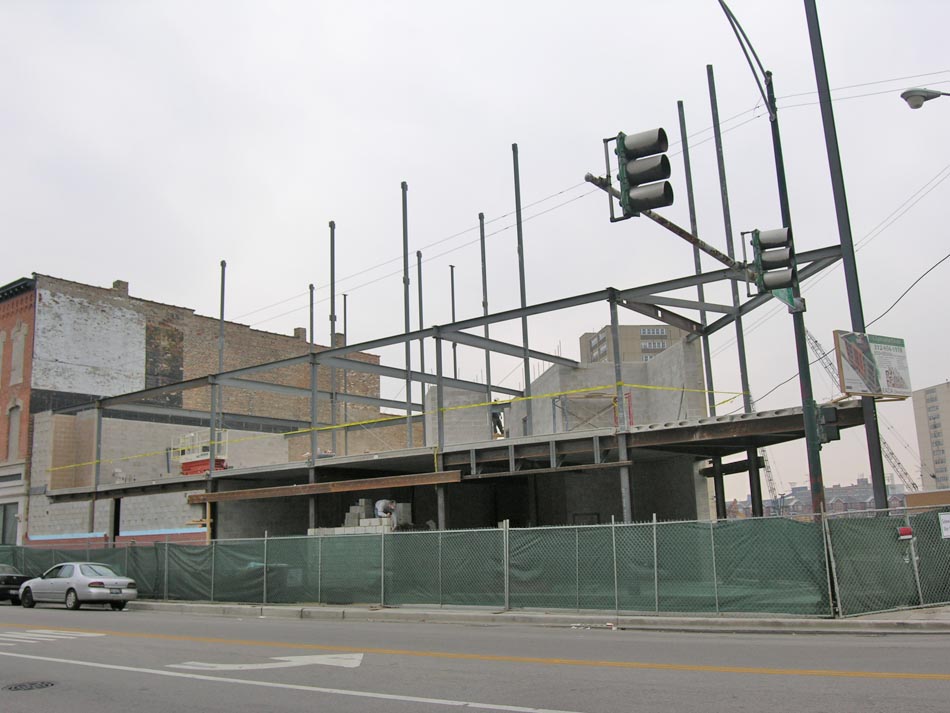 A lot is changing where Old Town meets Cabrini-Green, but, as I was snapping pictures of the new developments springing up, somebody still came by to tell me I needed to watch out for “these guys” in the neighborhood. But I didn’t feel bothered a bit as I checked out Clybourn Point, a four-story building going up at 1322 N Clybourn Ave. Like nearby River Village Pointe, the RADA Architects-designed building makes use of its intersection by creating an eye-catching angle. The development will have six condos, ground-floor commercial space, a green roof and a rooftop deck. The developer also hopes for LEED certification, and occupancy is planned for April 2007.

On its Web site, RADA states, “The building scale and architecture preserve the city fabric in front of forthcoming massive residential development on the site of the former public housing nearby.” They are referring, of course, to Parkside of Old Town, which will ultimately hold 760 housing units on 20 acres where the projects are coming down. You’ll also find Helmut Jahn’s Near North SRO and 12 new-construction condos from the $420s to the $460s at 1275 N Clybourn Ave (pictured inside). 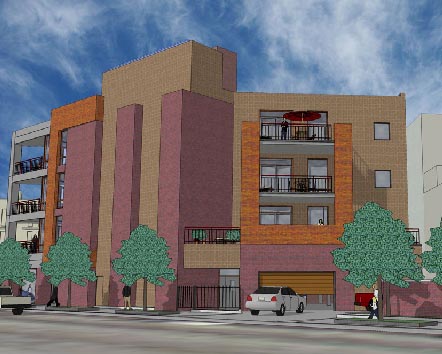 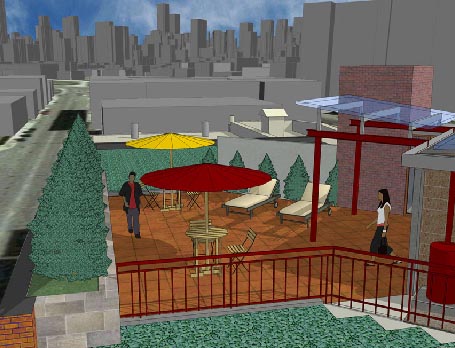 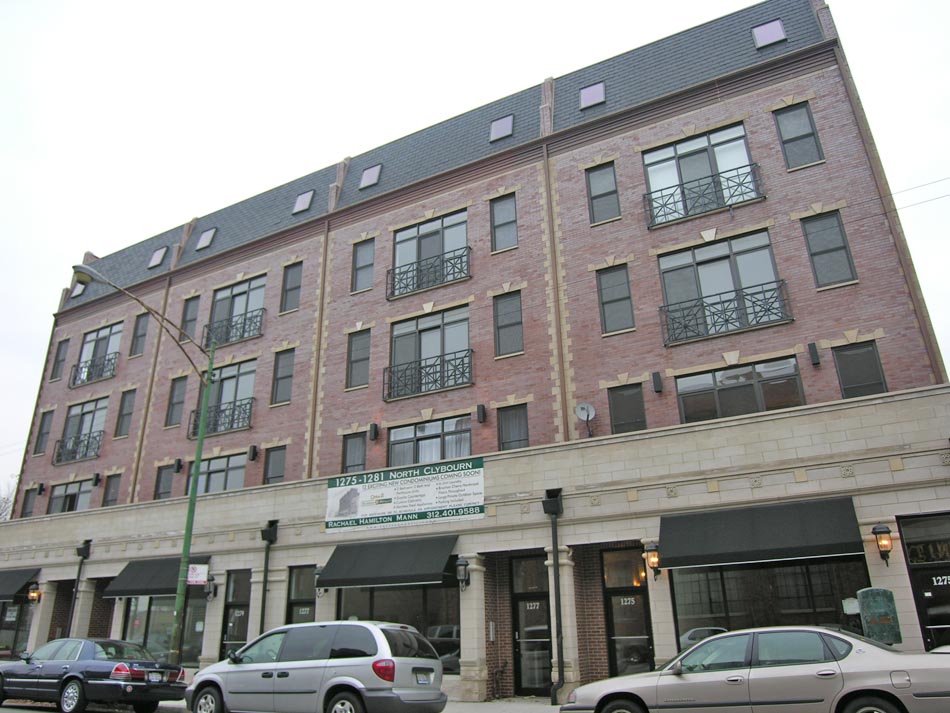