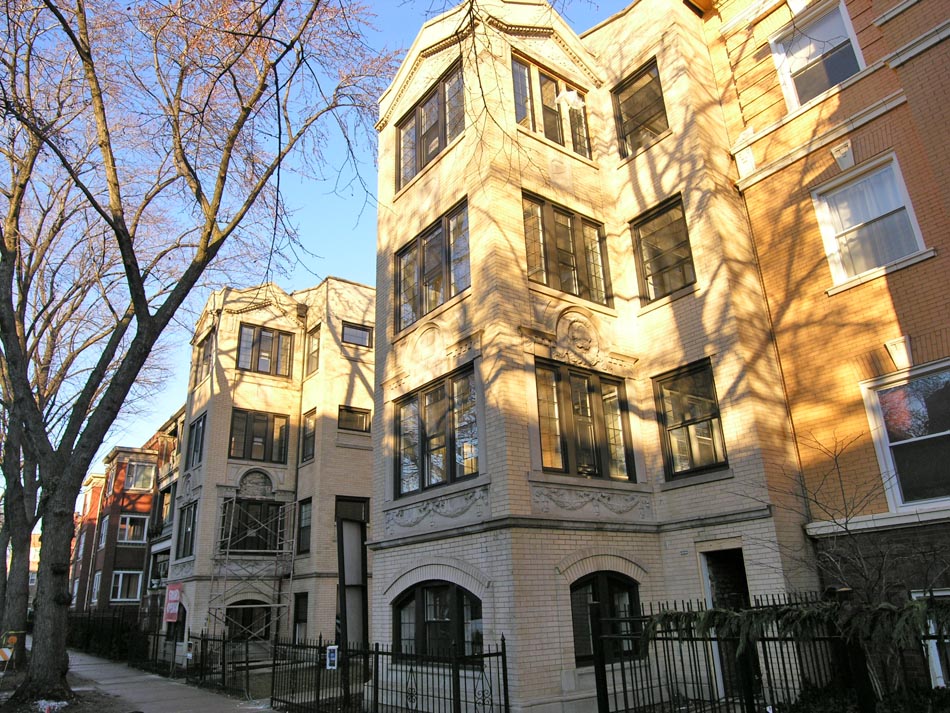 The real estate crash that began late in 1979 hit Edgewater the hardest among Chicago’s north lakefront neighborhoods. Edgewater condos sold for an average of $76,000 during 1979 and for only $56,750 during the first six months of 1992. Adjusted for inflation the average Edgewater condo lost 60% of its value over that period.

This week we’ll be updating the status of a number of Edgewater condo conversions that we reported on five years ago.